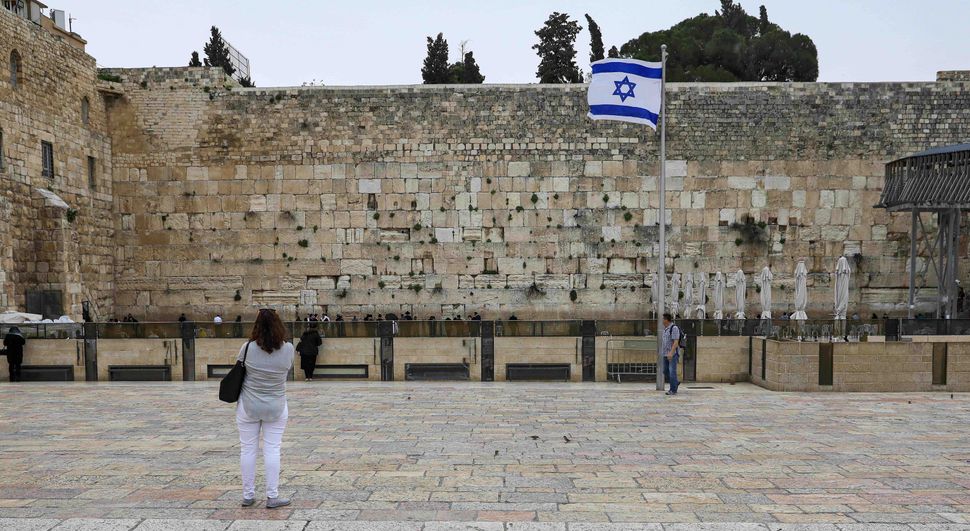 A mostly empty Western Wall on March 12. Image by Getty

On Sunday, the participants of Nativ had a choice: stay in Israel, or go home.

Yossi Garr, the director for 15 years of this beloved gap-year program in Israel, told the 53 participants and their parents that despite growing restrictions on public life and movement in and out of Israel, Nativ could continue. They could still find places to volunteer, such as at farms in the desert, where foreign workers were going home to avoid being trapped by government travel bans. Those who wanted to leave could take a chartered flight to New York Monday or later in the week.

School-at-home? We want to hear from parents — and kids

About half the program decided to stay, while the other half made plans to leave, according to two participants.

But then the situation changed, and so did Nativ. On Tuesday afternoon, Israel ordered all people to stay in their homes except to get groceries, medications or seek medical attention, placing a country that is accustomed to military crises on an unprecedented lockdown.

“There’s no point of keeping them here just for the point of having them in Israel,” Garr said an hour after informing parents of the program’s decision. “It would mean keeping people indoors with nothing to do inside.”

Nativ is the latest in a string of programs for North American teenagers and young adults in Israel to pack their kids up and send them home. The fluid situation has forced program directors, parents and teens to make hard decisions about balancing health, adventure and newfound independence.

Louis Gluck, a Nativ participant from Oakland, Calif., said he had decided even before Garr gave them the option to stay on Sunday that he would leave. Gluck, 18, was worried about how his grandparents at home would weather the crisis, and he didn’t want to get stuck in Israel if the country decided to close its borders completely.

“The people who decided to stay really don’t have a clear path forward,” said Gluck, who spoke to the Forward a day before Nativ reversed its decision. “They were signing up for wandering around Israel and finding little things to do for the next indefinite amount of time.”

Before Nativ’s final decision, some of its participants had felt they might be safer in Israel, or wanted to stay simply to spend as much time with their new friends as possible, according to Gluck and another Nativ participant who spoke to the Forward. Of those who already had planned to leave, they said, some had been forced to by their parents.

Gluck has already had to face the reality of what coming home will really mean: Because his parents are caring for his grandparents, they’ve asked him to quarantine in his room once he gets back.

“I thought going home would give me more freedom,” he said. “But that’s not really the case.”

Israel has been ahead of the U.S. on restrictions on public life. Beginning on Thursday, Israel began requiring all travelers entering from a foreign country to self-quarantine for 14 days. On Saturday, they limited all gatherings of 10 or more people, and the tourist ministry asked all people in the country on tourist visas to leave as soon as possible. The latest restrictions, which do not apply to people who are deemed to have essential jobs, are subject to a 5,000 shekel fine if violated — about $1,300.

Kivunim, an Israel-focused program that includes travel to Europe, Morocco and India, decided to send kids back to the U.S. last Tuesday. The program’s leaders spent the day before in a series of video meetings with parents and made one decision, then changed their minds.

“At the time on Monday, the overwhelming majority was in favor of us hunkering down in Israel and carrying on,” said Peter Geffen, the program’s president. “By Tuesday morning, it was clear that the danger to our students was much too great. So we started buying tickets.”

It was not a popular decision with parents, Geffen said. But he didn’t want to risk having to quarantine the students from the staff, or vice versa, or having to send a participant to an Israeli hospital without a chaperone, if someone contracted the virus.

“We saw the writing on the wall, with regards to what was happening in Israel,” he said.

The Reform movement’s high school semester program, known as Heller High, made the decision to send its 87 kids home in the early hours of Sunday morning, after deliberating all evening, according to Rabbi Loren Sykes, the program’s director. 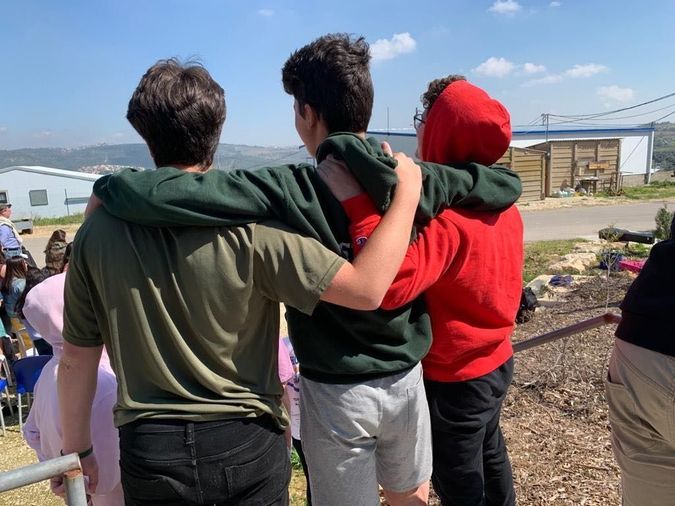 Students on Heller High at morning prayer services on the day the students flew back to the U.S. Image by Courtesy of Loren Sykes

Sykes had felt that as long as he could accomplish three things, he would keep the program open: reasonably ensuring the health and safety of the students; maintaining a quality learning environment; and communicating transparently with parents. He then realized his first two principles would soon be compromised.

“That changed when the rules changed,” he said, speaking from the departures level of Ben Gurion Airport late Monday evening: No tourism, no travel inside the country; no gatherings of 10 or more people, no classes. “Please understand, there is constant back and forth in one’s own mind in dealing with this.”

He informed the students in the afternoon, to immediate and persistent tears.

“Everyone had 48 hours to go through all five stages of grief,” said Allie Mishkin, 16, a program participant

By Tuesday morning, all the students had arrived home on a chartered El Al jet. But not before a hastily arranged final prom Sunday evening and a bonfire on the outskirts of the program’s host kibbutz, in the hills outside Jerusalem, that lasted until 2:30 a.m. A couple kids played their guitars, while sadly eating the last of their Israeli snacks and celebrating the community they’d created in the previous two months.

“It was just nice,” Mishkin said. “Everyone was crying.” 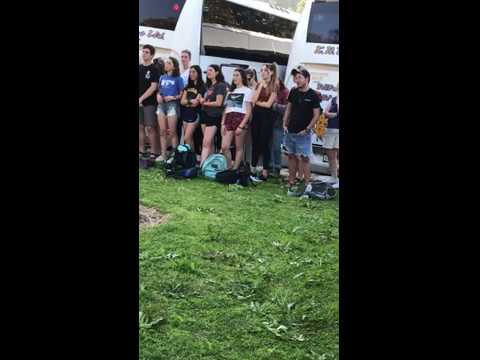 Both Heller High and Kivunim will continue with online learning. But Nativ is over, Garr said. The program was entering month eight out of nine, with their Hebrew learning intensives, classes at Hebrew University, and trips to Poland and India already behind them.

The two students who spoke to the Forward said they were surprised that the program had not yet closed by Monday, given the uncertainty over future movement restrictions in Israel and the U.S. Abby Elson, a Nativ participant who is going home, said she felt that the program’s longtime director, Yossi Garr, was actually encouraging participants to leave, but she says that those who are staying heard the opposite.

“I’m pretty good at reading between the lines, and I thought he wanted us to go home,” Elson said.

Garr said that they had not yet decided to leave because at the time he gave participants the option, they still knew of volunteer centers that were open and would accept them, and that because the participants are not in Israel on tourist visas, they were not subject to the tourism ministry’s rules.

Now it’s up to the Nativ participants to figure out their next two months. Gluck said he plans to split his time between art projects and gardening. Elson said she and her brother and father are planning to go for a long hiking trip somewhere in upstate New York.

“I don’t think we expected a week ago to be where we are now,” Garr said. “For the first time in history, we have a situation where the whole world is fighting the same enemy. This is a lot bigger than me, it’s bigger than Nativ, it’s bigger than any of us.”

Correction, 3/18/20, 5:30 p.m. — A previous version of this article stated incorrectly that Rabbi Loren Sykes informed parents of Heller High students before the students. The parents were informed afterwards due to a computer glitch that delayed an email from Sykes, Sykes said.