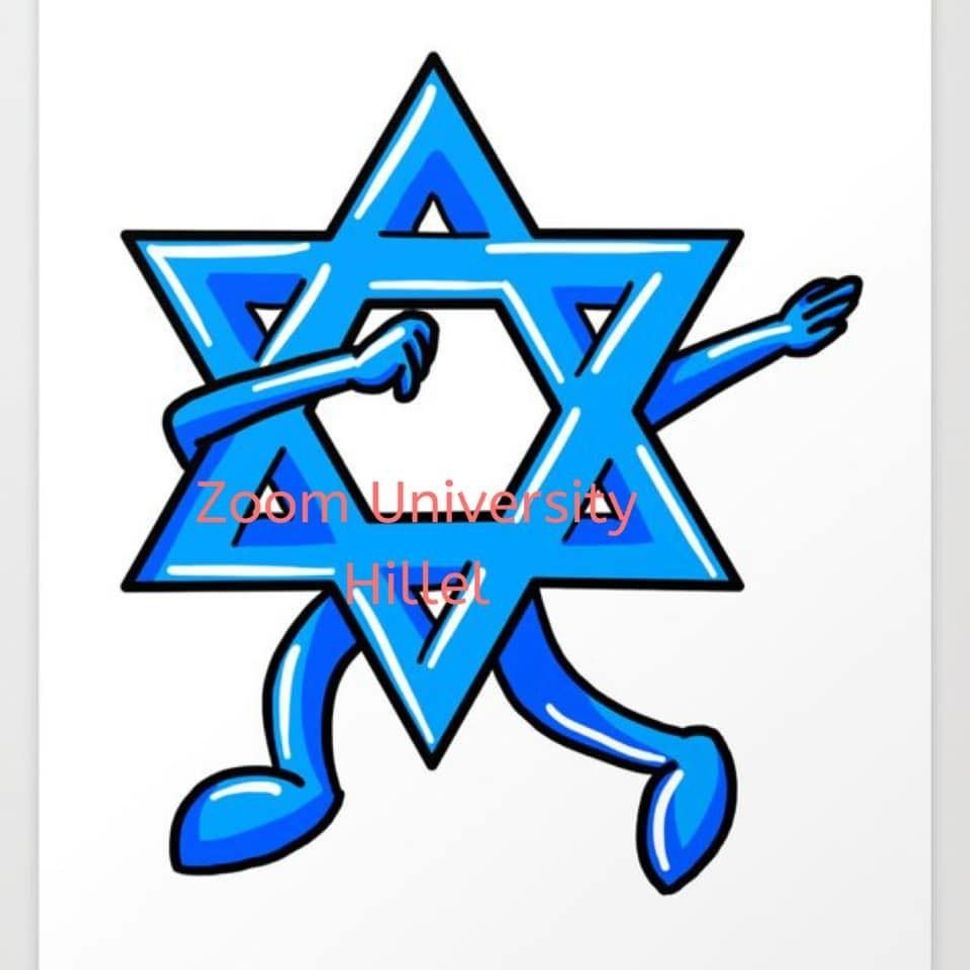 With classes cancelled around the country, Jewish college students are unable to meet their Jewish friends at Hillel for Shabbat dinner, social justice projects or just to hang out.

But in less than a week, a virtual community with nearly 8,000 members has emerged to fill that gap: a Facebook group called Zoom University Hillel.

The group’s name is a reference to Zoom, the videoconference system that has become ubiquitous as classes switch to livestreaming. Ari Hoffman, a junior at Clark University in Worcester, Mass., said that he created the group “kind of as a joke.”

But it’s exploded in popularity since it was formed on Sunday, with members using the group to meet fellow Jewish students from across the country, united by their boredom, need for connection and love of Judaism (and memes.)

As a public service during this pandemic, the Forward is providing free, unlimited access to all coronavirus articles. If you’d like to support independent Jewish journalism, click here to make a donation.

“Obviously people are at home and stuck on social media – that’s one factor,” said Jake Miller, a freshman at Princeton University who is now stuck in self-quarantine at home in Phoenix. “But also, people are away from their own Jewish communities. The best Jewish community I ever experienced has been at school. When you take that away from someone for the foreseeable future, you want to latch on to whatever opportunity people give you.”

Many Zoom University Hillel members are using the group to recreate the classic Hillel experience.

There have been meetups, both on Zoom and on Facebook, of various subgroups: Hispanic Jews, gluten-free Jews, Zionist Jews (much like Israel-related conversations at real Hillels, this led to a few arguments.) Someone even started a ZU Hillel a capella group.

Many members are using ZU Hillel to flirt. More than 100 people shared their post-Bar/Bat Mitzvah “glow-ups.” One user said she was “Looking for a 6 ft Sephardi boy who’s fit but not a dick.” Someone even set up a matchmaking service.

And there were lots of serendipitous meetings, including more than 3,000 people who played “Jewish Geography” in one post. (Surprising Jewish occurrences keep happening, including two different people named Ethan Kahn getting tagged in the comments of a Forward post asking if anyone wanted to be interviewed about ZU Hillel.)

A lot of this is just goofing around. But many students said they’ve found significance amid the silliness. One user wrote that it was the “highlight of my college career as a Jew to be honest.”

“I’m very happy that people are getting those connections,” Hoffman said. “I feel like this is another home for them to meet people and socialize, and get away from all the craziness that’s going on.”

Hoffman, who is also the treasurer of Clark University Hillel, said that the group’s success could provide a lesson for Hillel campus professionals, showing them “how much students can do on their own when students are excited about something.”

Hoffman and Miller both said they weren’t sure whether the group would last once students could return to their campuses. “But maybe the online friendships will last,” Miller said. “For the next couple months, it seems like something pretty entertaining.”