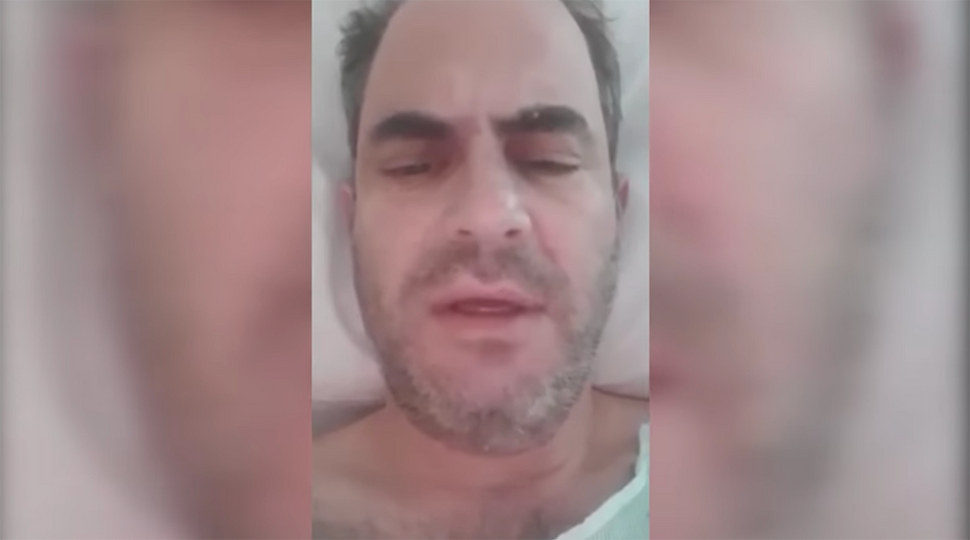 Eli Beer had been traveling around the globe trying to raise money to help Israeli patients who fall gravely ill with coronavirus. Then he became one of them.

Beer, 46, is the founder and president of United Hatzalah, a non-profit, volunteer Emergency Medical Service organization. A week ago, he was hospitalized in Miami with what was initially a pneumonia diagnosis. By Friday, it became clear that it was actually COVID-19, and that his condition had become so severe that he needed to be sedated and intubated.

“Unfortunately, my father was diagnosed with COVID19 this Friday and is getting well treated in the best hospital in Miami,” his daughter, Penina Beer Davis, posted on his Facebook page on Sunday. On Tuesday morning, she posted an update saying there had been progress in her father’s condition, and asked that well-wishers offer prayers but also donations towards the project he was working so hard to fund when he fell ill. 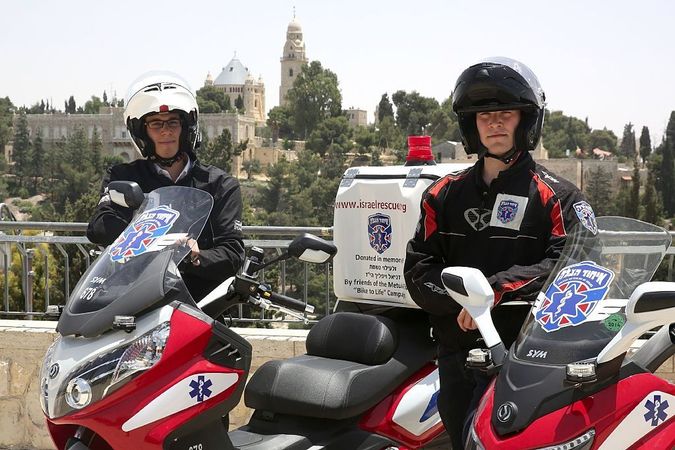 Volunteers from the United Hatzalah medical service in Jerusalem. Image by Getty Images

It was precisely because of the impending pandemic that Beer kept on traveling, explained a United Hatzalah spokesman, Raphael Poch. Beer, a father of five who lives in the Ramot neighborhood of Jerusalem, had been planning to return to Israel in early March after fundraising in India and the United Kingdom. He knew he would be quarantined for 14 days upon his return, however, as Israel had instituted that policy for all travelers. So he headed to Miami instead.

“He went to Florida to meet with donors and talk to some people about his work,” Poch, who lives in Israel, said in a telephone interview later Monday. “He was in a number of places on Purim. Two days after Purim, he started feeling ill.”

Poch declined to say which communities in Miami Beer had visited. Rabbi Sholom Lipskar of The Shul, a flagship Chabad synagogue in Miami, was also diagnosed with coronavirus shortly after Purim and is currently hospitalized as well, the Forward reported last week.

It has been hard to track exact numbers of coronavirus patients within the Jewish community in south Florida, but as of Monday, the state had the fifth-most cases in the nation, more than 1,100. Gov. Ron Desantis has not instituted stay-at-home or shelter-in-place orders as have governors of other states with large outbreaks, but on Monday he raised a different concern: People from New York, New Jersey and Connecticut fleeing and hopping flights to Florida. He said they should stop — and said if they must come, they should go into self-quarantine for 14 days.

Meanwhile, Orthodox Jewish leaders declared that anyone planning to visit Florida for a Passover vacation should cancel their plans immediately.

“To all those from out of state considering spending Pesach here in Florida: It’s Halachically prohibited and medically irresponsible to come for Pesach,” reads a letter signed by dozens of leaders and published on a website widely read by the Orthodox community. It was also quoted in Monday’s Miami Herald.

“We have a Halachic requirement to keep our communities safe,” reads the letter, referring to Jewish law. “If you choose to come anyways, jeopardizing the lives of many in Florida, you must quarantine for 14 days.”

Beer, the Hatzalah leader, appealed to volunteers and supporters in a video made before he was intubated.

“I need you to keep davening, keep doing mitzvahs, it’s very important,” he said. “Make sure that people’s lives are saved and all the needs that they have should be met by your support.”

In the days leading up to Beer’s intubation — a procedure that pushes air into the lungs of someone in severe respiratory distress — he made several other videos about his condition while in intensive care. In one of them, he blames Israeli Health Minister Yaakov Litzman for refusing to allow Beer’s organization to play a critical role in responding to the coronavirus outbreak.

Poch, the Hatzalah spokesman, said that the video was meant for an internal audience: the organization’s 6,000 volunteers. But they were widely shared against the backdrop of rising tensions between United Hatzalah and not only Israel’s health minister but its state-run ambulance service, Magen David Adom.

“We recently purchased 25,000 virus-protection suits,” said Poch, describing it as similar to a hazmat suit. He explained that Beer, a paramedic who also owns and invests in real estate in the New York area who and originally trained as a teenager with Magen David Adom, wanted his volunteers to be able to respond to coronavirus-related calls safely. But Litzman, the health minister, was reluctant to utilize the organization in the midst of the outbreak, and when asked why in a recent Israeli television interview, he denigrated the group, calling them unprofessional and political.

“The organization feels it’s a mistake that Litzman didn’t integrate us into the coronavirus situation until he absolutely had to,” Poch said. “Not only is MDA stretched very thin, but many of their staff had to be put into quarantine.They’re running themselves a little ragged and they don’t have enough ambulances.

“Only now in recent days have they started turning to us. We started transferring coronavirus patients in good condition, mostly to the ‘corona-hotels,’” he added, referring to massive hotels — one in Jerusalem and one in Tel Aviv — that have been temporarily converted to centers for treating and quarantining patients who are not in serious condition.