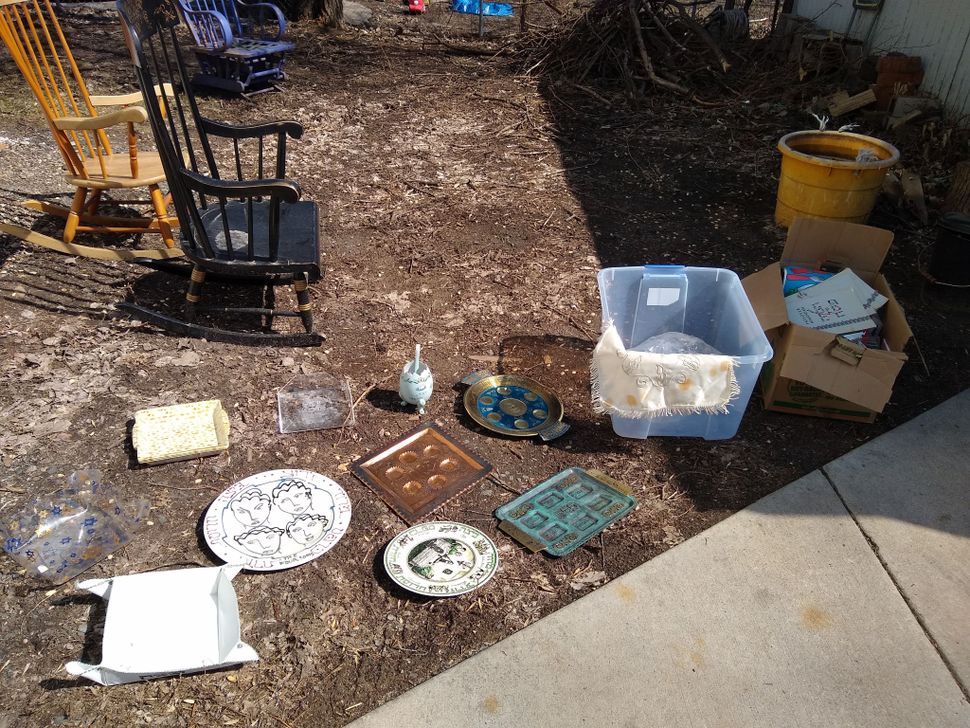 On Thursday afternoon, Thryn Hare drove to a Minneapolis house where a cluster of seder plates was lying in the yard. They were a mismatched bunch — some engraved with flowery Hebrew letters, some sleek and modern, one patterned to look like matzah — but all would enliven a Passover table, and all were free for the taking.

For Hare, who is hosting their own Passover meal, or seder, for the first time this year, it was important to go into the holiday with all the right equipment. “My girlfriend is staying with me, and she’s working on her conversion [to Judaism] right now,” said Hare, who also converted to Judaism and was first drawn to the religion while attending a seder hosted by their stepmother. “I really want to make sure I’m doing right by her.”

Standing at a responsible distance, the house’s owner, Adam Schwartz, helped Hare make a selection, a plate bordered by small illustrations of each of the ten plagues.

A software researcher by day, Schwartz is also the founder of Heritage Judaica, a “free Judaica clearinghouse” that collects unwanted Jewish ritual items and places them in new homes throughout the Twin Cities area. It’s a system Schwartz devised in 2018, after an elderly relative couldn’t find anyone among her descendents to accept her beloved Kiddush cups. Schwartz sympathized with her wish to see an heirloom fall into safe hands, not a thrift store. So he put out word on Facebook that he’d be accepting both donations and requests for Jewish objects.

A year and a half later, Schwartz cultivated a thriving online community and disbursed about 3,000 pieces of Judaica. Those in search of the perfect secondhand menorah can find him at synagogue events and pop-ups throughout the Twin Cities, or make an appointment to browse the collection in his living room. Many of his “customers” are, in his own words “people who aren’t always in the center of the Jewish world,” from recent converts to young couples or interfaith families who feel excluded by Jewish institutions.

One of them is Hare, who first met Schwartz while finishing their conversion and has built up a collection of treasured ritual items through Heritage Judaica, including a set of tefillin that the original owner’s grandfather had brought to America from Hungary. 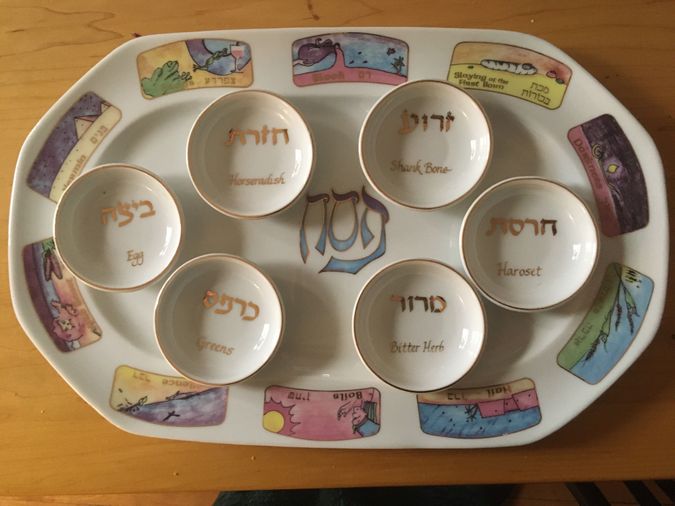 Thryn Hare chose a seder plate bordered with illustrations of the ten plagues. Image by Courtesy of Thryn Hare

This year, as coronavirus scuppers travel plans and confines families to their homes, Schwartz anticipated a rise in single-family seders, like the one Hare is hosting — and a corresponding rise in demand for Passover equipment. On Facebook, he invited Twin Cities Jews to take advantage of his stock of seder plates, matzah covers and haggadahs (the prayer book read during the ritual meal) and solicited extra donations.

The response was enthusiastic. And as Schwartz predicted, it came largely from those who found themselves hosting for the first time under severely circumscribed conditions. One said that she was spending Passover at home for the first time and had “nothing” to celebrate with. Before she heard about Heritage Judaica, she’d planned on fashioning a makeshift seder plate from her best dishware.

Others posted with offers of help. One man said that after packing up for a big move, he’d left two seder plates for Schwartz at a local synagogue. Another woman offered to donate Passover food to anyone in need — she had purchased too much.

Of course, Schwartz said, it’s perfectly possible to observe Passover — or any Jewish ritual — without any special gear at all. “If you choose to light Shabbos candles, doing them with fancy candle holders doesn’t make you more Jewish,” he said. “You can do kiddush with a styrofoam cup and you’re still Jewish.”

For him, the project isn’t about educating Jews in proper ritual observance but “making it easier for people to experience Judaism in ways that they want to.”