Hasidic doctor steps up campaign for controversial drug, as states clamp down on prescriptions 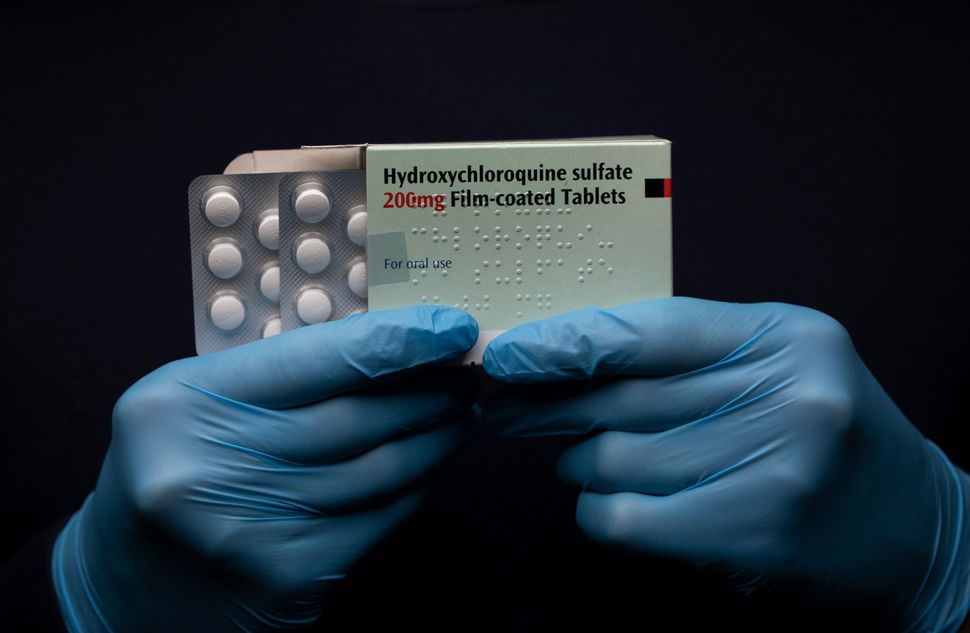 Emboldened by overtures from the White House, Dr. Vladimir Zelenko, the Hasidic doctor pushing an unproven treatment for coronavirus, on Friday stepped up his campaign to build support for the controversial regimen, with a YouTube video and an email blast to conservative media and political figures touting his results.

“CONCLUSION — TREAT AS EARLY AND AS AGGRESSIVELY AS POSSIBLE IN THE OUTPATIENT SETTING,” Zelenko wrote in the email, which he said he had sent to Mark Meadows, President Donald Trump’s Chief of Staff; Rudy Giuliani, the president’s special counsel; Aaron Klein, a former campaign adviser to Prime Minister Benjamin Netanyahu of Israel and a contributor to the right-wing website Breitbart News; and other conservative media figures and doctors.

He had a similar message in the YouTube video, which had been viewed more than 400 times as of Friday afternoon, as well as shared on Twitter.

Zelenko, a board-certified physician who lives in New Jersey but runs two clinics in New York, including one that treats mostly patients from the Hasidic village of Kiryas Joel in Orange County, N.Y., caught the attention of the White House, after a Forward article in which he described treating more than 500 symptomatic people with the anti-malarial drug hydroxychloroquine on an outpatient basis. President Trump, who Zelenko has posted admiringly about on social media, has called the drug “a gift from God.”

But many medical experts are wary of the drug’s use for coronavirus. There is no data from clinically-controlled trials that prove it is effective in treating the respiratory disease it causes, Covid-19. The only studies of its use in Covid patients — one from China, and one from France — have sample sizes of a few dozen patients, and are split on the drug’s efficacy.

Doctors who frequently prescribe or study the drug say that it almost never shows side effects when taken for just a few days, which is how Zelenko prescribes it. But it could still pose risks — including fatal heart problems — to patients with certain prior health issues. And some have expressed concern that widespread use for Covid-19 could cause shortages for people who rely on the drug to treat other diseases.

Doctors, eyeing the drug as a prophylactic, have begun hoarding it, ProPublica reported this week. People who use the drug to treat lupus and rheumatoid arthritis have in some cases struggled to fill their prescriptions.

Two states — New York and Arizona — have shut down use of the drug outside hospitals, and Michigan warned its doctors and pharmacists of consequences for prescribing the drug.

While doctors in hospitals nationwide have been using the drug for critical cases, Zelenko is one of a handful contending it should be in widespread distribution to people at higher risk of having a serious case of Covid-19 with mid-level symptoms, most often without even confirming their illness is in fact connected to coronavirus.

He wrote in the emails sent on Friday that his clinic had so far given 669 outpatients the drug cocktail, and that none had died. He attached a spreadsheet in which he listed 54 high-risk cases, including three who required hospitalization.

In an interview Friday, Zelenko encouraged doctors to resist calls from infectious disease experts to prescribe the drug only as part of clinical trials and to critical patients.

“This is a World War III situation — it’s the virus versus humanity,” he said. “If we were to adopt their approach, there would be an extra million dead people.”

In a video message to patients sent out via What’s App video Friday afternoon, and also posted on YouTube, Zelenko struck a hopeful tone, even as medical professionals are sounding the alarm over a severe shortage of protective gear and respirators to treat the Covid-19 disease.

“I want everyone to know, especially the young, healthy people, that you will be fine,” Zelenko said in the video. “There’s zero room for panic or hysteria.”

Asked in the interview how he could downplay the crisis when about 38% of patients hospitalized for Covid-19 in the U.S. are between the ages of 20 and 54, Zelenko said that he felt there was a “clinical advantage” to calming people down. If someone has a panic attack, he explained, they could think they are experiencing shortness of breath associated with coronavirus.

“There’s a lot of psychological pain right now,” he said. “Sending a message of reassurance I think is highly appropriate.”

Zelenko has been buoyed by support for the drug from conservative voices, like Home Depot billionaire Bernard Marcus and Fox News commentator Sean Hannity. And prescriptions for the drug are growing, with a large tele-health company now prescribing the drug to people across the country.

Other doctors are following Zelenko’s approach, including an internist in New Jersey and DocTalkGo, a San Diego telehealth company, which said it has prescribed the drug to 20 patients nationwide.

“I speak to physicians and patients and emergency responders — it’s being prescribed all over the place,” said Dr. Richard Roberts, a retired pharmaceutical executive.

Yet Zelenko said that his ability to prescribe the medication has been hampered since New York Gov. Andrew Cuomo signed an executive order early this week aimed at curtailing use of the drug to treat Covid outside of clinical trials. Zelenko said he had thought that FDA approval of the drug for off-label use — announced by Vice President Mike Pence the day after Cuomo signed his order — would circumvent the New York state rule.

But because the order specifically limited the ability of pharmacists — who are licensed by the state — to fill prescriptions of the drug, Zelenko said his patients are going to New Jersey, Connecticut and Pennsylvania to fill their prescriptions.

Zelenko praised Trump’s role in pushing for the drug, which he has done while his top medical advisor, Dr. Anthony Fauci, has dismissed evidence of the drug’s effectiveness as anecdotal.

“I want to thank the president for making this drug an issue that we are talking about,” Zelenko said. “I need his help to make it more readily available to my patients.”

Hasidic doctor steps up campaign for controversial drug, as states clamp down on prescriptions