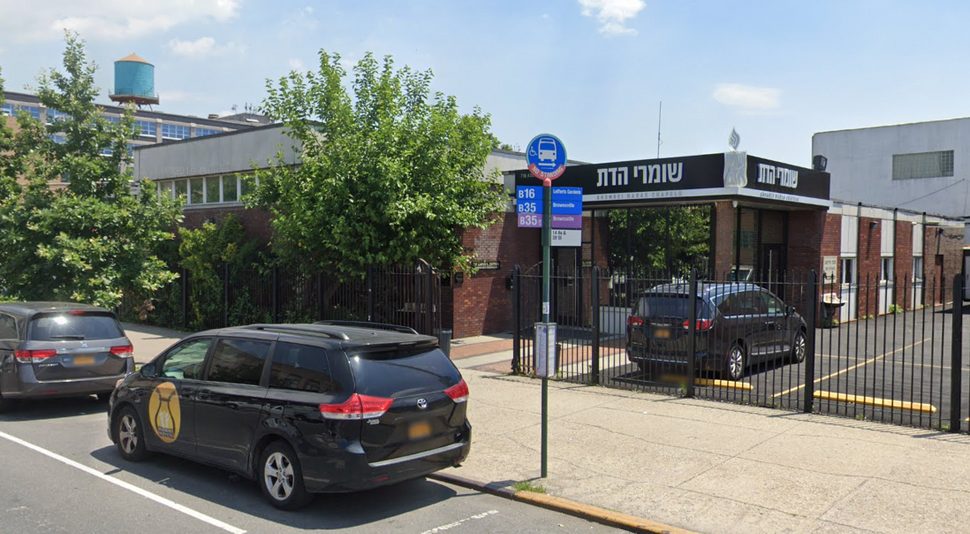 An Orthodox funeral home in Brooklyn, where a video shows nine shrouded bodies stacked on the floor, is so overwhelmed that on Tuesday it called for volunteers with minivans and SUVs to ferry the dead to cemeteries for burial. In a message circulated via What’s App, Menachem A. Bloom, who works at the funeral home, Shomrei Hadas Chapels, said it was “overstacked with bodies.”

“WE NEED HELP,” said the message.

As similar scenes unfold in Jewish neighborhoods hard hit by Covid-19 across the New York area, a national organization of Jewish burial societies has urged the 100 organizations it advises to stop performing the ritual of purifying a dead body until further notice, citing safety and ethical concerns.

“It is momentous, but we didn’t do it lightly,” said David Zinner, executive director of the Maryland-based group, whose name, Kavod v’Nichum, means honor and comfort. It has been providing advice and assistance to burial societies, called chevra kadishas, for 20 years.

This pandemic has disrupted Jewish rituals from birth to death, with many families forgoing ritual circumcision for newborns, Bnei Mitzvahs being postponed, and shivas conducted virtually. Now it is also threatening these treasured volunteer groups affiliated with funeral homes or synagogues.

The number of volunteers is falling, even as the number of dead starts to rise, and the architecture of the ritual will likely change as the pandemic forces modifications to its traditions and standards. While Kavod V’Nichum has advised suspending the practice altogether, another national network of chevra kadishas has instead updated its protocols to continue the ritual with added protections against the spread of the virus.

“More and more people are dying, people of all kinds: Sephardim, religious, traditional, Litvishe,” said a member of the chevra kadisha of Shomrei Hadas, in the Brooklyn neighborhood Borough Park, speaking on the condition he not be named. “There are bodies on top of bodies.”

New York City has not yet reported publicly any breakdown by neighborhood of fatalities from Covid-19, the disease caused by the coronavirus. And the Shomrei Hadas chevra kadisha member said that Jewish community leaders are not being forthright about the death toll.

“No one will admit the real numbers,” he said. “They say, just old people who passed away who were sick. But I know for sure, I saw the death certificates, they all say they died from corona, I saw it with my own eyes.”

Shomrei Hadas and other Orthodox funeral homes and chevra kadishas are extreme examples because of their location in the country’s hardest-hit area. But chevra kadishas around the country said in recent days that they are worried about a lack of supplies and diminishing participation of volunteers. A few said that they may not be able to perform the ritual for all families that request it if the pandemic continues to grow.

When Kavod v’Nichum made its recommendation last week that the groups cease this work, most chevra kadishas hadn’t yet handled a coronavirus death. The group was more concerned that volunteers might infect each other.

Zinner said the group considered advice from a panel of experts that included a New York City Health Department employee who has professional experience with coronavirus, an emergency room doctor and a professor of infectious disease.

They also were concerned that continuing to operate chevra kadishas could deprive medical professionals of protective gear that is already in short supply. The Kavod v’Nichum Website suggests alternative rituals, including one performed at the grave site long after burial and another performed without the body of the deceased.

Another group, the National Association of Chevra Kadisha, however, is committed to find a way to keep doing its work. Rabbi Elchonon Zohn, director of the Vaad Harabonim of Queens and president of the group, said the group had consulted with doctors, experts from the Centers for Disease Control and medical examiners, and determined that the ritual of tahara — purifying the body — can be done safely if the right precautions are taken.

The group, which has more than 170 members in the United States and Canada, has updated its protocols to now require face masks and full-length, disposable gowns that cover the arms to the wrist.

“The mitzvah has to be done,” said Rabbi Rachmiel Tobesman, a chaplain with the Maryland state prison system who is active in the Baltimore Community Chevra Kadisha. “It’s very, very hard to get people to do chevra work, but the treatment of our dead is so important. You’re always going to have people who want to do the right thing.”

Yerucham Kopelman of the Chevra Kadisha of South Florida said his funeral home has sufficient supplies of personal protective gear — even enough to give some to the local Jewish volunteer ambulance corps, Hatzolah.

“Removals are very difficult because we have to go in super protected,” said Kopelman. “It’s a little bit scary.”

Kopelman said his chevra kadisha has suffered from a drop in volunteers — “enough to make a difference” — but added, “we’re not turning down requests.”

The National Association’s new guidelines call for stuffing cotton in the mouth and nostrils of the deceased, as well as spraying the body with a mixture of bleach and water. And they suggest halting the practice of submerging the entire body in a mikveh, or ritual bath. Instead, the guidelines recommend tishah kabin, pouring a minimum of 24 quarts of water over the body.

Rabbi Boruch Levin, who runs a chevra kadisha in the Detroit area, said he’s trying to have the same four people work together on taharas, rather than having a different set of four on each tahara, to more easily track the source of infection, should someone get sick

“If members, God forbid, get sick, then everybody’s going to start thinking, ‘Maybe I shouldn’t do it,’ especially the ones that are older,” said Levin. “I’m guessing there will be people who say, ‘I don’t want to come.’”