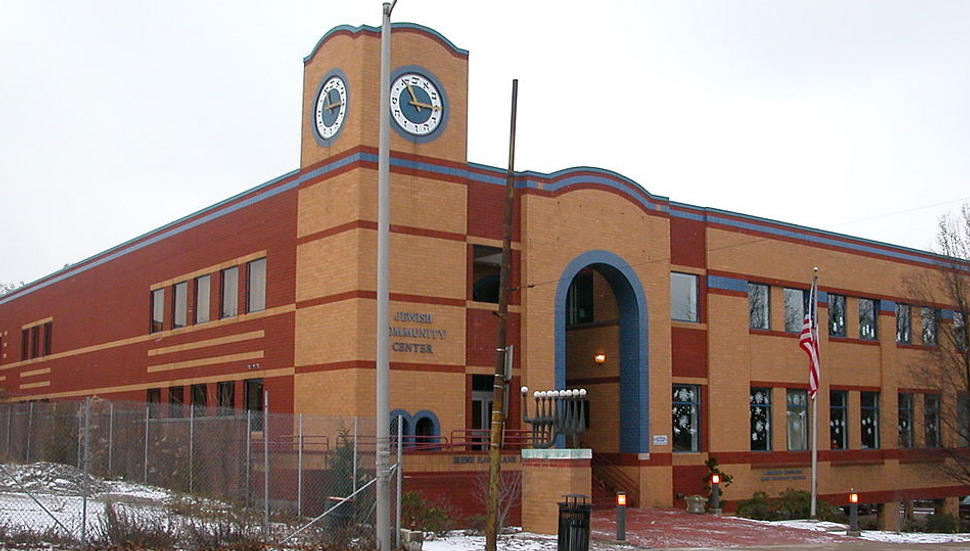 The Pittsburgh JCC in Squirrel Hill Image by wikimedia

In a tidal wave of pandemic-related layoffs, hundreds of employees at Jewish community centers across the United States have been let go as the institutions, central organizing forces of Jewish life, have had to close their doors due to the coronavirus.

The early numbers are staggering: Bay Area JCCs have furloughed some 700 people. Philadelphia’s Kaiserman JCC laid off 176, leaving just its president and one other staff member, per JTA. Orlando JCC has laid off all 130 employees, including its director. In Atlanta, more than 50% of Marcus JCC’s staff were laid off or furloughed, the Atlanta Jewish Times reported.

While some JCC presidents have promised to rehire as much of their former staff as they can when operations resume, the loss of income and health insurance looms over the roughly 38,000 employees that work across the country’s 164 JCCs. It is also forcing some JCC executives to ponder what their organizations will look like after the pandemic.

The cuts “have been dramatic,” said Doron Krakow, president of the JCC Association of North America. He said that while every JCC he had spoken with over the past few weeks had cut at least 60% of its staff, he thought most JCCs would end up cutting north of 90% before the pandemic passed.

While the coronavirus pandemic has imperiled numerous nonprofits of all kinds, Jewish community centers have been especially hard hit. They derive an average of 80% of their income from in-person services, including preschool tuition, summer camp, and fitness club membership. When the coronavirus put an end to group activities and non-essential businesses, that revenue stream dried up.

Even in well-heeled Palo Alto, the Oshman Family JCC furloughed about 400 employees, leaving about 100 now-part time staff to run a stripped-down, almost entirely virtual operation. Zack Bodner, the center’s chief executive, has committed to continuing the health insurance coverage for the furloughed workers through the shutdown.

This time of year, the Palo Alto JCC is usually gearing up to host a community Passover seder and throw a celebration for more than 5,000 people for Yom Ha’Atzmaut, Israel’s independence day. Instead, it will hold the seder on Zoom. It has cancelled the festival.

Bodner’s remaining staff has meanwhile been working on new ways to foster togetherness amid national and communal uncertainty. They are offering exercise classes, education, and other activities through video conferencing software like Facebook Live and Zoom.

“At a certain point, social distancing and building community are mutually exclusive,” Bodner said, “ So we’re trying to build an online community.”

Replacing big chunks of the budget due to lost revenue will not be easy. One Bay Area donor told Bodner that funding emergency medical equipment should get first priority, then nonprofits that serve the neediest, before considering JCCs.

Looking into the future, Bodner is concerned that by the time JCC’s reopen, members and donors will be stingier because of ripple effects from the stock-market downturn, widespread layoffs, and general economic slowdown. He expects JCC membership to be squeezed out of some post-pandemic family budgets.

“At the end of the day, we know that when we’re open we’re not going to be the same JCC we were yesterday,” he said.

Bodner said he is optimistic about bringing back 90% of his furloughed staff, but recovery will depend on several factors: fundraising, how quickly Small Business Administration loans come through, and when California’s statewide shelter-in-place order is lifted.

Not every JCC has laid off or furloughed employees. Some have been able to keep staff on board through various combinations of Federation funding, increased donations, and by reducing paid hours. In New York, the UJA-Federation pumped in $10 million in interest-free loans and grants to keep 22 area JCCs afloat, the New York Jewish Week reported.

The Chicago JCC is the largest on the continent, constituting a dozen locations that employ more than 700 people full-time and serve around 60,000 people annually. Addie Goodman, its president and chief executive, said 75% of the JCC’s revenue had come from services.

But because of its relationship with the Chicago Jewish Federation, the center received emergency relief that enabled Goodman to retain the JCC’s entire staff through at least April 17. The JCC will then make decisions going forward two weeks at a time, she said, adding that she is committed to continuing employee health insurance even in the face of furloughs.

The Chicago staff is currently providing an array of live and recorded virtual programming options for those who are sheltering at home, as well as placing more frequent check-in phone calls to the elderly and delivering more meals.

In San Antonio, the JCC president and chief executive, Saul Levenshus, said he has been able to keep paying staff at least through the end of April, in part because many members have continued paying their dues in spite of the closure, or have given what they usually pay for services as donations. “The spirit of the community is unique,” he said.

Krakow, the North American JCC Association president, did not want to speculate whether some JCCs would have to close permanently. JCCs on the whole were as healthy as they’d ever been prior to the pandemic, he said, but for some, the loss of a few months’ business might deliver a fatal blow.

Krakow issued an appeal to foundation leaders and major donors to prepare $1 billion in credit for Jewish institutions to get off the ground when the shutdown ends. But that money would go to organizations that were viable before the pandemic because they present a smaller credit risk, Krakow said. The financially less-stable community centers would have to depend on local contributions to survive.

Based on preliminary conversations with high-dollar philanthropists, he is confident that the “day-after” fund would be there.

The national organization is also helping JCCs navigate the crisis by staging webinars with senior officials from the Centers for Disease Control, employment lawyers, security experts, and business advisors. “I’ve been on more webinars in the last 30 days than in my whole life combined,” said Levenshus.

In the meantime, Krakow has suspended monthly dues for affiliated JCCs (about 130 of the 164) indefinitely, cut most of the JCC Association of North America’s staff to part time, and taken a 25% pay cut himself.

For Employees: Unemployment and Uncertainty

The layoffs have left employees scrambling in an economic environment in which 10 million Americans have filed for unemployment.

As special needs director at the JCC of Metropolitan Detroit, Stephanie Zoltowski runs a suite of self-contained and inclusive programming for people of all ages. When the Detroit JCC temporarily laid off 95% of its staff in late March, Zoltowski was furloughed through July 26.

Detroit Metro’s employees will see their health insurance run an additional 30 days, but Zoltowski gets hers through the Veterans’ Administration. She will count on unemployment checks and the stimulus package to get her through the coming months.

“I’m in a much better situation than many people because I’m single and have no children,” she said in an email. Still, she was concerned about the long-term financial implications of the JCC’s closure, especially if summer camps are cancelled.

She worried more about the children and adults she works with, many of whom are immunocompromised.

Carla Likar, the agency aquatics director for the JCC of Greater Pittsburgh, considered herself fortunate to be the last person left in a department of around 70. The single mother of two children has been reduced to half-time.

“This payroll I made the cut,” Likar said. 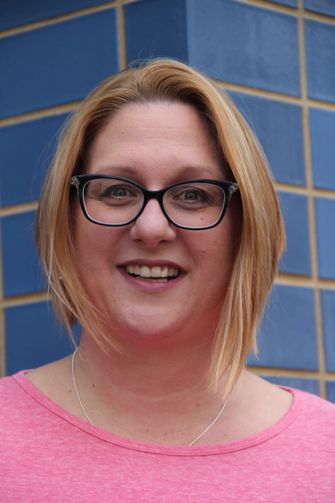 Carla Likar, aquatics director for the JCC of Greater Pittsburgh

The Pittsburgh JCC, which reduced many of its 130 full-time employees to part time and furloughed 350 part-time employees, distributed a resource to its staff a list of area businesses that are currently hiring. It is continuing to cover health insurance for its furloughed employees, which Likar called “a huge relief.”

Communities too have suffered, said Bodner, the Palo Alto JCC president. The state may have deemed his organization’s services non-essential during the pandemic, but Bodner emphasized that a Jewish community center is more than the sum of its buildings and programs.

“It’s a place where you can through your Jewish values make sense of your daily life,” Bodner said. “It’s the Jewish rituals, the holidays, the life cycle events. We’re not just here to go from day to day to day. We’re here to give meaning to the days.”