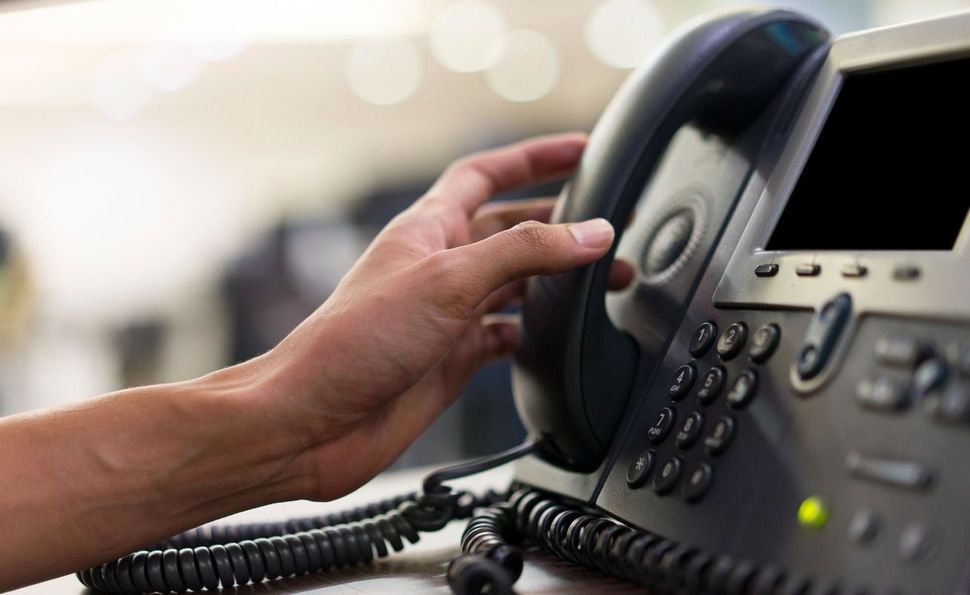 A hotline operated by Amudim, a non-profit supporting religious Jews who struggle with mental health problems, stayed open during the first two days of Passover. Image by iStock

A single mother, laid off because of coronavirus, asks how to manage her anxiety. A domestic violence victim wonders how to protect herself in quarantine. A father working at home seeks anger management tips.

These are just a sample of calls to a recently-created hotline for Jews struggling with mental health issues during the coronavirus pandemic, which received almost 250 calls during the first two days of Passover and another 176 during the last two days — when, traditionally, Jews don’t use the phone, drive, cook or use other technology.

Jewish law prohibits the use of technology on holidays, including the first and last two days of the Passover festival — but because of coronavirus, this year is different. Some influential Orthodox rabbis made an unprecedented ruling permitting those in mental or emotional distress to seek help during the holiday, even if doing so required using a phone or computer. The rabbis released these rulings in conjunction with Amudim, a non-profit supporting those struggling with mental health problems. The organization launched its special hotline on March 24 and is providing counseling throughout the Passover holiday.

While coronavirus is a physical illness, the pandemic is also a mental health problem. Fear, uncertainty and financial insecurity have precipitated new cases of anxiety and depression even while exacerbating existing ones. For those recovering from addiction, lack of services can pose a serious risk.

“If a person in sobriety doesn’t go to meetings, that coupled with extra anxiety of the holiday and quarantine makes the risk of relapsing much greater,” Gluck said.

He’s witnessed the pandemic’s intensification of mental health problems. By late March, Amudin’s office was struggling to keep up with new cases.

Typically, the group connects callers to service providers and acts as a clinical case manager, overseeing treatment rather than actually administering it. But in order to provide direct assistance amid the pandemic, Amudim recruited a staff of volunteer mental health professionals who counsel callers directly, in some cases even prescribing medicine over the phone.

But even as Amudim launched its hotline, Gluck worried that many religious Jews would hesitate to call during the first and last days of Passover, when the use of technology is traditionally prohibited. So he approached Rabbi David Cohen and Rabbi Shmuel Meir Katz, respected Talmudic scholars from Brooklyn and Lakewood, asking them to make an exception to the law for people in acute mental distress. Both rabbis agreed, basing their decision on pikuach nefesh, the idea that saving a life overrides other religious commandments.

“It is permitted to use all these machineries, such as Zoom and everything else, in order to stay in touch, for the purpose of saving lives,” said Rabbi Cohen.

Rabbis have invoked pikuach nefesh for urgent medical needs — for example, to allow people to call an ambulance on Shabbat — but the extension of this exception to mental health emergencies is new. For many religious Jews struggling with depressing, anxiety, or addiction, that acknowledgement alone was therapeutic.

“They felt that people didn’t understand that mental health was a real thing. Just the sense of validation alone from the public videos was unbelievable,” Gluck said, referring to feedback from Amudim’s clients.

The rabbinic opinion had a measurable effect. Almost a third of calls to the hotline so far occurred during the first two days of Passover. Calls came from twenty states and several countries, including Israel, Switzerland, and Mexico. One mental health hotline in Manchester, England that closed during the holiday even forwarded its calls to Amudim.

Gluck said that Amudim, which normally focuses on addiction and sexual abuse, was able to address a wide variety of mental health issues, from obsessive compulsive disorder to parenting anxieties, only by partnering with Jewish organizations specializing in many different fields. For example, clinicians from Shalom Task Force, a Jewish not-for-profit addressing family violence, handled calls from domestic violence victims. Amudim also received funding from the UJA Federation, which allowed the organization to provide temporary housing in hotels to those who felt truly unsafe at home.

For Gluck, the call volume during the first two days of Passover demonstrated the hotline’s necessity. But true gratification came with the flood of phone calls he received from therapists after the holiday, “telling us that their clients called in a major panic and we literally saved his or her life just by answering,” he said.

Half of the 20 or so professionals who called to express their gratitude have already signed up as Amudim volunteers. During the last two days of Passover, while most Jewish organizations are closed and most Jews are spending time with their families, they’ll be manning the phones.