Letter from Mexico City: ‘We barely recognize one another’ 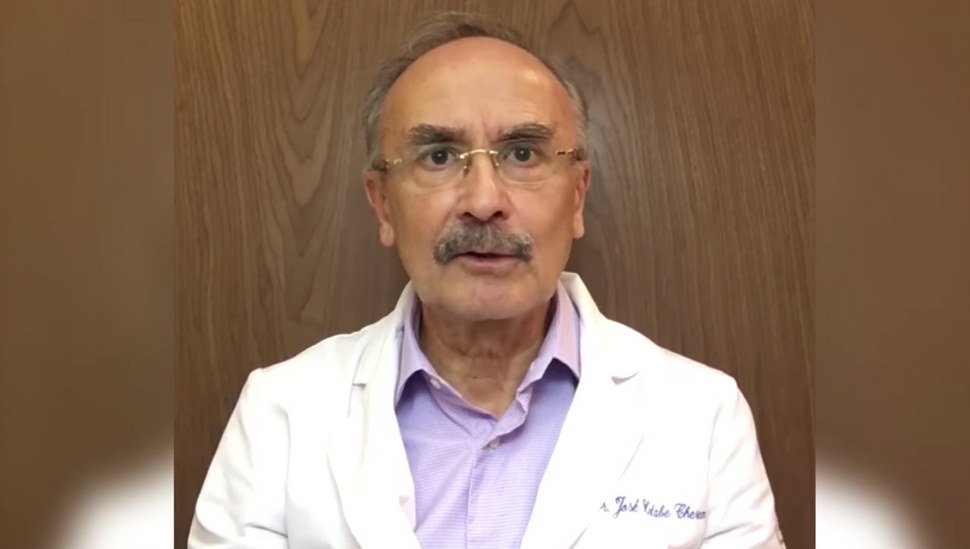 Dr. Jose Halabe, a beloved physician in Mexico City, took to YouTube to encourage social isolation in the face of the coronovirus.

At first, things were very calm. Nobody seemed to be worried. The crisis was happening at the other side of the planet, very far away, in China, and starting to hit Italy, but in Mexico City we were safe. There were 7 people sick with coronavirus. Mexicans were special and would not to be harmed.

In Mexico City, where I live, I sometimes take a walk on an ever-more- deserted alley. On March 21, a street sign there said: Coronavirus is NOT an emergency problem. You do NOT need to keep away from public gathering. The next day, the sign featured an image of “Susana Distancia,” a female superhero character whose name translated to English means ‘Your Safe Distance.’ She advised me to keep a safe distance from other people.

That day, our city’s mayor declared the closure of all public facilities. But it wasn’t until March 24 that people were asked to stay home and the #QuédateenCasa (Stay at home) hash tag was born.

In the Jewish community, the breaking point happened long before, on March 12. Some 3,000 Jews were set to gather on a huge auditorium built for last year’s Maccabiah Games, to sing with the artists of the Koolulam movement. Organizers cancelled the event only hours ahead. The next day, Comité Central, the umbrella Organization of the Jewish Community, sent a warning to its members: an Israeli emissary who had visited the Chabad center and many other synagogues was found infected with coronavirus.

On March 18, Jewish community leaders announced the closure of all its facilities, including synagogues, study halls, and community centers. They cancelled weddings, bris and bar mitzvah celebrations, and other public gatherings. People with degenerative and chronic diseases and those over 6 years of age were advised to stay home.

The community established a special webpage, jerum.org, to deal with the disease, and a hotline answered by Jewish physicians, one of them being my son, the doctor. There is also a special phone line for emotional support.

On March 23, Comité Central announced that 20 people in the community had been diagnosed with the virus. Since then, the number has grown to 105. At the same time, Mexican authorities claimed 300 people nationwide were infected. That number was difficult to square with the Jewish community statistics, since Jews account for 0.0041 percent of Mexico’s population.

The rabbis took to the synagogues to pray for the healing of the sick and the end of the plague. Shofar blasts were heard, as well as Yom Kippur prayers. Gradually, rabbis started forbidding minyans. Orthodox Jews tried to keep with rituals by gathering in large halls or big open spaces, with at least a five feet distance between individuals. This is how I enjoyed, on two Shabbat mornings, a special prayer service in the garden under my window. Men tried to keep distance, but the presence of a Torah made contagion possible. Finally, the orthodox Maguen David community threatened to withdraw their members’ benefits if they kept on with any further gatherings.

Weddings are still celebrated, with just the couple and the rabbi attending. Before the event, the couple sends an invitation via WhatsApp and announces the neighborhoods they will be passing through. Community members decorate their balconies with garlands and “Mazal Tov” signs. And when the nuptial car passes, with blaring music, people sing, applaud and cheer. 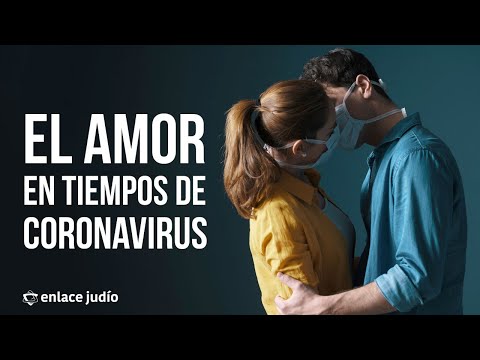 Just before Passover came the first coronavirus death in the community. A 40 year-old man died, leaving left six orphans behind.

The coming of Pesach was quite a challenge for the community’s authorities, since this holiday is usually the opportunity for big family reunions. Rabbis asked Jews to stay home. Rabbi Abraham Tobal, chief rabbi of the Monte Sinai Community, even showed his own “reduced” seder table online. Still, many Jews held smaller seders, refusing to leave their elders alone on these two nights. The kosher stores kept open and were sometimes crowded.

Last Shabbat, the garden under my window was surprisingly quiet. The Jewish community is maintaining social distance and isolation, with few exceptions. Communities are organizing prayers through Zoom and gathering their members around their computers, like the Bet El community, which features programs and lessons all day long. The Facebook page of _Enlace Judio, that already had live programs before the pandemic, has increased its broadcasting. On March 12, a virtual seder was organized by the Education Department of the Zionist World Organization, gathering more than 1000 people, produced by Mexico’s Memo Treistman and WZO’s Anabella Jaroslavsky, featuring artists from all Latin America. 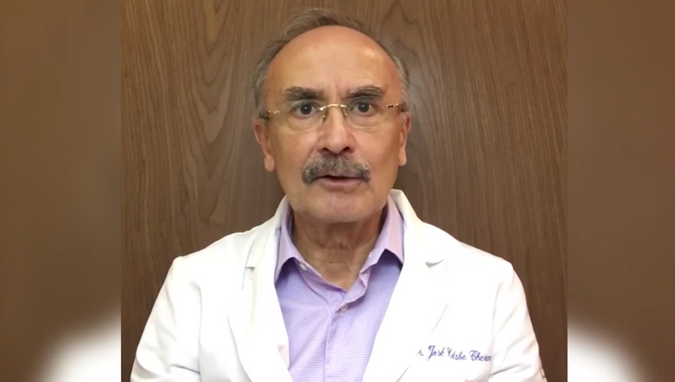 Dr. Jose Halabe, a beloved physician in Mexico City, took to YouTube to encourage social isolation in the face of the coronovirus.

The number of infected and dead is growing in the country day by day, very quickly, as it is also in the community. The last national report lists 5399 infected and 406 deaths.

Yesterday, Dr. Jose Halabe, a beloved community physician, recommended in a video to keep isolation, since we were reaching the peak of contagion, “and it cannot be guaranteed that patients who need hospital attention can get it.” There are only 2000 ventilators in a country of over 120 million. Hearing this literally takes my breath away.

Once a week, I go to the supermarket. Safe distance is assured. In our caps, masks, glasses and gloves, we barely recognize one another.

May Samra is general director of enlacejudeo.com.

Letter from Mexico City: ‘We barely recognize one another’