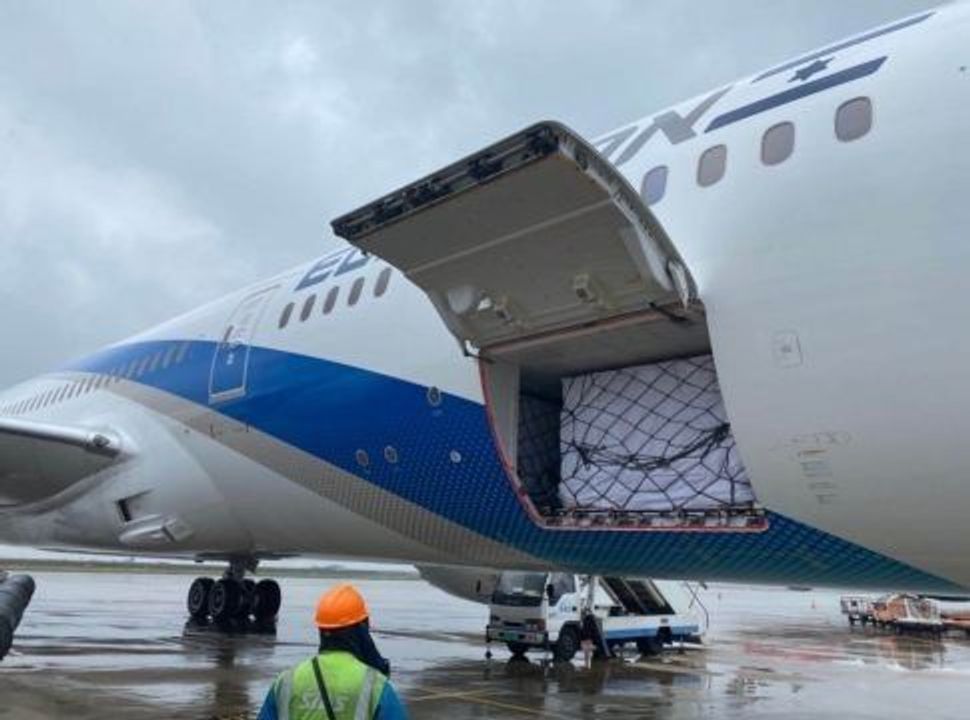 HoMedics overhauled its production process in China to produce protective gear for those on the front lines.

It was around 2:30 p.m. on Sunday, April 12, when the wheels of an El Al jet touched down at Detroit Metropolitan Airport. The plane, void of passengers, flew to Detroit from China on what could be considered a humanitarian aid mission.

Inside the Israeli jet were 3.5 million surgical and KN95 protective masks, face shields and pulse oximeters about to be distributed to Michigan hospitals, senior living facilities, first responders and other professionals in desperate need of gear to keep safe and avoid contracting the potentially deadly COVID-19 virus.

Alon Kaufman texted his wife, Shari, a photo of the plane as it was about to land. “Welcome to Detroit El Al,” he wrote in the text. “Mission accomplished!! History in the making!!”

Just a few weeks earlier, when the pandemic began to make its unwelcome presence in Michigan, the Kaufmans — owners of HoMedics, a manufacturer of consumer wellness products based in Commerce Township — experienced what Shari described as an “aha moment.”

The couple had as many as 20,000 protective face masks, which they immediately donated to Henry Ford Hospital, Karmanos Cancer Institute and the Department of Homeland Security.

Seeing the growing need for such items, they reconfigured production lines at the factories they work with in China to mass-produce FDA-approved protective face masks and other needed medical supplies, including pulse oximeters and thermometers.

“At this time, some of our product lines are not a necessity for the average person that is struggling through this crisis,” Shari Kaufman said. “We recognized this early and pivoted our focus to manufacturing masks using our robust supply chain in China as well as our internal compliance and regulatory department. This has allowed us to move very quickly to manufacture quality FDA-approved masks and other PPE.”

The team at HoMedics, including sons Daniel and Joshua, spent several days and sleepless nights coordinating how to convert product lines to make masks and other medically certified personal protective equipment. Their son Jonathan, an L.A.-based film producer, created informational videos about the endeavor. 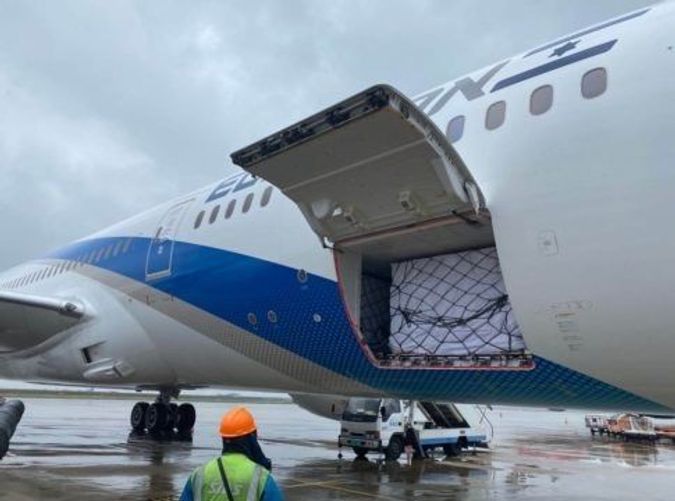 HoMedics overhauled its production process in China to produce protective gear for those on the front lines. Image by (Courtesy of Shari Kaufman)

Working with manufacturing facilities familiar to the company and having a presence in China helped HoMedics screen facilities to ensure the production of FDA-approved products.

“It’s like the Wild West in China right now,” said Daniel Kaufman, senior vice president of strategy for HoMedics. “Before COVID, around 100 or so factories were making PPE. Now there are around 2,500 claiming to make PPE, many of which aren’t properly certified. Thank God, we have 80-90 people in China checking each factory.”

Kaufman said his contacts in China visited approximately 100 factories and approved only six or seven for the production of PPE.

A PIECE OF ISRAEL IN DETROIT

Shortly after the El Al plane landed, the Kafumans received photos and video of massive boxes of supplies being meticulously unloaded.

Seeing an El Al jet at Metro Airport is a rarity itself, since the airline doesn’t fly to Detroit.

“This was like a piece of Israel coming to our home to save the day,” Shari Kaufman said. “Our team was in tears, seeing the product taken off the plane. It felt like history in the making because it was an El Al plane. We were so proud to have Israel fly our first mission from China.”

Daniel Kaufman added: “This was a proud moment for us to be able to utilize El Al in a time of crisis. It worked out perfectly that they were able to support us in a time of need.”

HoMedics tried to charter a plane from several different airlines, Shari Kaufman said. At one point, they thought they secured a flight, only to learn that another company offered more money for it. Shari and her daughter Laurenne, who served in the Israel Defense Forces, suggested contacting El Al. Alon Kaufman, who is Israeli, reached out to the airline, and they agreed to charter the flight.

The shipment was the first of many that will bring much-needed supplies to battle this deadly virus. The Kaufmans will distribute the items in Michigan through both sales and, in some cases, donations. Once in-state needs are met, masks and the medical equipment will be allocated elsewhere.

“Our community comes first. The metro Detroit area, as well as the state of Michigan, is our priority. As soon as we’re done helping here, we’re more than happy to help out in other places,” said Shari Kaufman, adding that she’s been in contact with some government officials in other states, including New York and California.

The Kaufmans also worked with the Jewish Federation of Metropolitan Detroit to ensure masks would be available to those who need them, including individuals working at senior housing facilities, people delivering meals to senior citizens as well as burial staff.

Scott Kaufman, the former Federation CEO, isn’t surprised by the family’s Herculean effort, which reminds him of the kindness the family showed him several years ago. At the time, Kaufman (who happens to share a last name but isn’t related) declined an invitation to a Shabbat dinner because he was recovering from surgery. That evening, Shari and Alon Kaufman personally delivered a meal.

“What they are doing for this community reminds me of what they did for me but on a massive scale,” Scott Kaufman said. “When someone is in need, whether it’s one person or tens of thousands of people, they are there to help.”

Those interested in ordering masks and other PPE can contact HoMedics at [email protected] At the moment, the company is prioritizing orders from those in health care.

This story originally appeared in The Jewish News. Reprinted with permission.