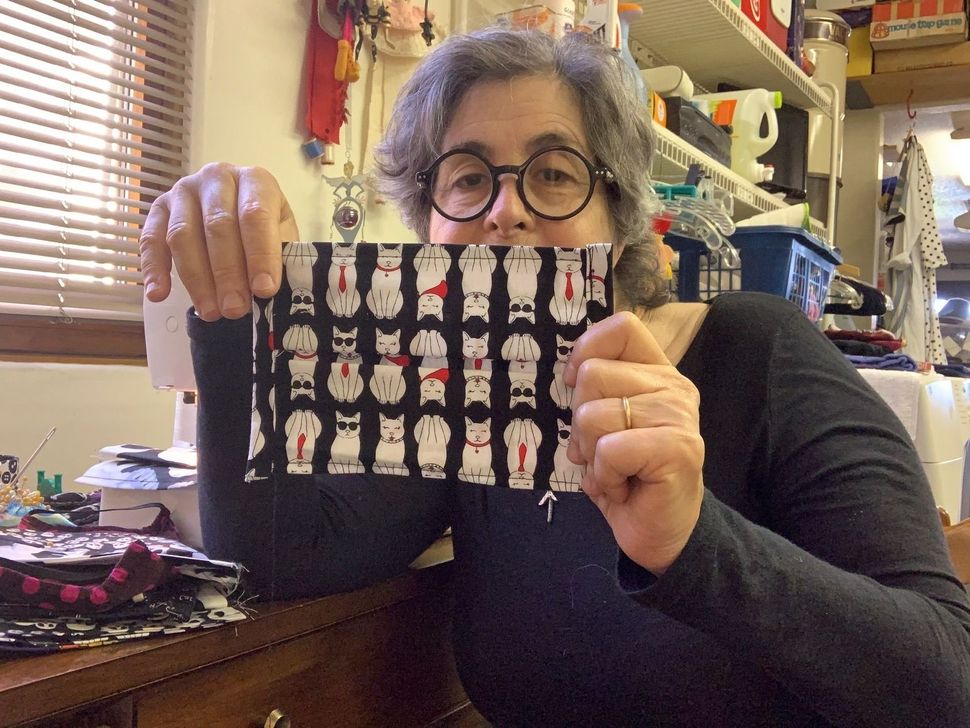 The gift she hoisted with a string onto the balcony of her two-bedroom condo was the closest to human contact Ursula Israelski had come in a month.

It was a face mask sewn by Sandy Scheller, former wardrobe tech for Cirque du Soleil’s “Zumanity” in Las Vegas, and it came with the bonus of a 10-minute catch-up conversation between friends.

Scheller retired to Chula Vista to live near her mother and become active in the Jewish community there. Scheller’s mother, Ruth Sax, was an Auschwitz survivor, and Scheller staged an exhibit, “Ruth: Remember Us The Holocaust,” in her memory earlier this year at the Chula Vista Public Library, where Israelski volunteered.

When the pandemic hit, Scheller decided to put both her old sewing skills and the database of survivor info she collected for the exhibit — to use. In jags of 10-12 hours, she sewed more than 2,000 cotton face masks — patterned with cats, horses, flowers or paisley — with her trusty Janome Model 11000. The fabric she already had on hand from sewing hundreds of dresses for friends over the years.“I can go all night when I sew,” Scheller said. “I feel like I’m seeing my mother, who worked as a seamstress. She taught me my technique.” 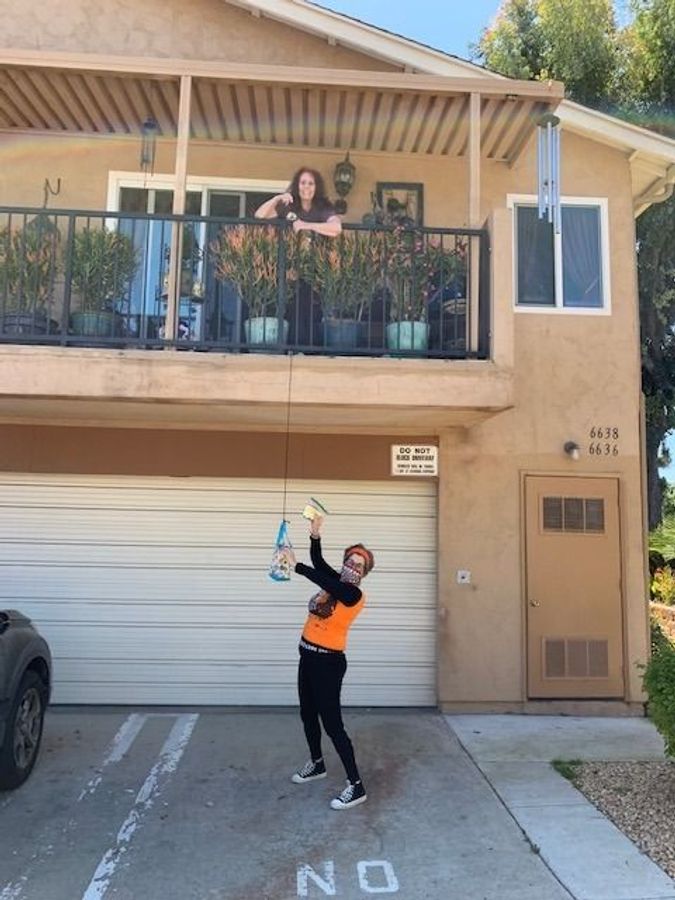 Israelski is one of approximately 500 Holocaust survivors residing in San Diego and, like too many of them, is experiencing the quarantine alone. (Her son lives in Mexico and, even before the quarantine, she says, only stopped by “once in a great while.”)

The coronavirus quarantine brought back awful memories for the 84-year-old who, from 3 to 5 years old, hid from the Nazis in the attic of a Belgium antique shop with her mother.

“I try to be positive, but this reminds me of World War II,” Israelski said. “You had to stay hidden in this confined space and still try to find food.”

In 1942, the Nazis discovered Israelski and her mother in that attic. They were brought to an airplane hangar in Brussels along with dozens of other Jews. From there, Israelski’s mother was taken to Auschwitz but Israelski was spared – for reasons that remain a mystery to her. 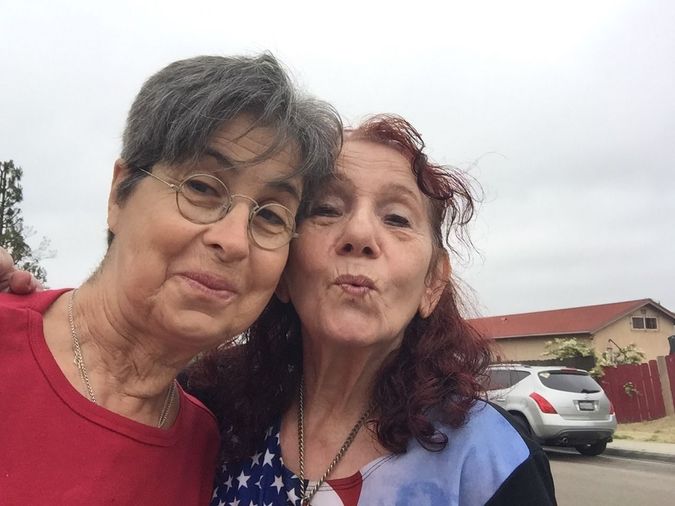 Israelski said she was bounced between a blur of foster homes, where she was sexually abused. When she was 8, she was brought to see her mother, who was suffering from tuberculosis, before she died of the disease in Switzerland.

All these memories have come rushing back in recent weeks for Israelski, who was already depressed due to the death of her beloved cat, Mindy. But what really made life unbearable was the closure of the Chula Vista Library. Israelski did all her socializing there

“I like being able to talk to people, to help them,” Israelski said. “I hope this ends soon. I feel like I’m useless just sitting here.”

Scheller has delivered masks to about a dozen survivors so far, always calling first to ask how they’re getting by and whether they need anything else, and always observing social-distancing protocols.

The bag attached to the string was Israelski’s invention. She hit upon it when a volunteer for Jewish Family Service of San Diego showed up in the driveway of her second floor apartment one day with six printed pages of results from an ancestry.com search.

“Lifting things up so they don’t fall is fun for me,” Israelski said.

Scheller acknowledged that personally delivering 2,000 masks is a bit ambitious. So she encourages Holocaust survivors to send relatives and friends to her house for curbside pick-up. And the Jewish Federation of San Diego County recently agreed to deliver 50 of the masks themselves.

“I’m happy to do something for these amazing people,” Scheller said. “First they go through the Holocaust, now they have to go through this?”

Corey Levitan is a journalist in San Diego.