What do you do if you own Los Angeles’ premier independent cinema chain and the coronavirus pandemic shuts down all your theatres?

You show movies, of course.

That’s what Greg Laemmle, chief executive officer of his family-owned Laemmle Theatres, has taken to doing at the theatre’s web site.

“My family has been in this business in Los Angeles since 1938,” he said in a phone interview. “During that time, we’ve had fires, earthquakes, a couple very serious instances of civic unrest, a major terrorist attack on our country and countless other threats and instances of adversity. There were always those who found solace and escape in getting out to the movies, and we wanted to be there for them.”

Now, for the first time in over 80 years, all seven locations of the Laemmle theaters in Southern California are closed. After closing the theaters and letting go of 95 percent of the staff, Laemmle started thinking how to keep engaging with his audience.

Pre-coronavirus, Laemmle theaters screened independent and foreign films and documentaries. During award season, Guild and Academy voters packed the theatres to watch Oscar contenders and experience the audience reaction. The theatres also played host to the annual Jewish film festival and Israel Film Festival, which organizer Meir Fenigstein said will be postponed to December or early 2021. 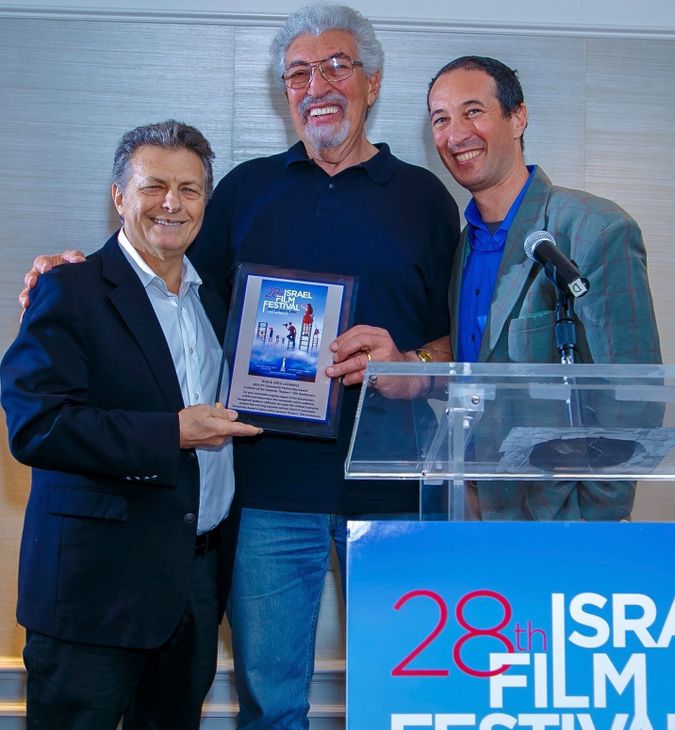 Greg Laemmle oversees the operation of all seven locations and 41 screens of the family business, which was founded in 1938 by Max Laemmle, a cousin of Universal Pictures founder Carl Laemmle. Robert Laemmle took over the family business from his father Max, and in time he passed it to his son, Greg.

Last summer, the theaters were up for sale, but in the end the family decided to keep the business. “We decided to take the theatres off the market,” Laemmle said, “because we felt like we had weathered a prolonged and steep drop in revenue, but felt that better days were ahead. Obviously, we ended up being wrong in the short term.”

Now, Laemmle is reeling from blows that have felled the country’s largest theatre chain, AMC, which Variety reported is facing bankruptcy How can a family-owned boutique theatre chain survive?

Laemmle hasn’t been able to get confirmation on whether the business is eligible for, or will receive, government SBA loans. In the meantime the company is renegotiating with lender and leaseholders.

“You can cut some expenses, but you can’t cut all of them. Our revenue is basically zero,” Laemmle said.

Meanwhile Laemmle started a “virtual cinema” online. Smaller distribution companies have been willing to help out art houses as a way to help keep patrons engaged. Laemmle has been able to show videos on demand, essentially selling a virtual ticket to watch the movie online. The company and the distributor split the revenue.

On the site, viewers can pay to see The Booksellers, The Artist, a documentary about The Band, and, starting May 1, the Israeli film Crescendo.

When the quarantine does end, Laemmle believes the audience will migrate back to theatres. Business had been on the upswing before the pandemic. The closure hit while the chain was building a 500-seat theatre in Newhall, in the northeastern part of the county. Construction is still going ahead, though the opening has been pushed back at least until June.

“I believe people will return to the theatres once they feel it is reasonably safe to do so,” he said. “Movie-going remains the most affordable form out out-of-home entertainment. And now, more than ever, people want to get out of the house.”

Even then, he acknowledges some changes will remain in place. Laemmle will restrict capacity voluntarily to 45-50 percent of the auditorium, as it did before the closure was announced. There will be one or two seats between patrons who don’t attend together.

“Some people will wear masks and some won’t,” said Laemmle. “You know, it’s difficult to eat popcorn with a mask on.” .