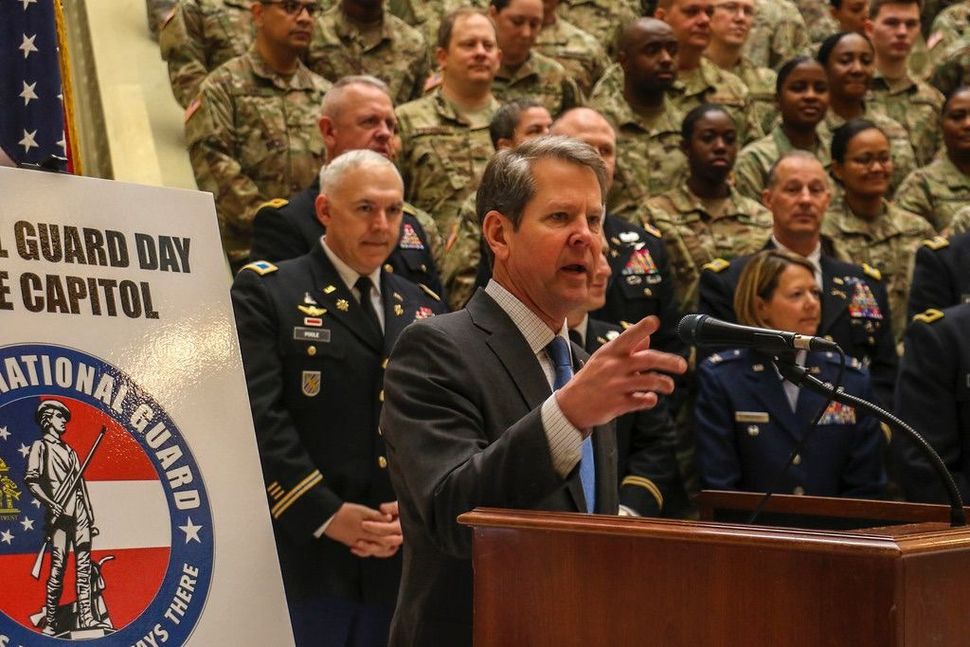 Georgia’s governor is in a hurry to reopen his state. Atlanta’s Jewish community, not so much.

“No one is calling us frantic to reopen,” said Robert Wittenstein, president of Temple Emanu-el of Greater Atlanta.

Earlier this week, Georgia’s Republican Brian Kemp announced he wanted Georgia to reopen—to the surprise of business leaders and mayors across the state. In a press conference, Kemp said that even though Georgia’s coronavirus cases are still on the rise, owners of salons, gyms, and other businesses need to reopen. “Unlike other businesses, these entities have been unable to manage inventory, deal with payroll, and take care of administrative items while we shelter in place,” he said.

Meanwhile, Jewish leaders throughout the city are defending the success and necessity of the closure order, which for the first time in American history, closed every synagogue door in the country.

Rabbi Yossi New, Regional Director of Chabad of Georgia said the members of his community are “extremely cautious” to take part in Governor Kemp’s plan. “We have received zero pressure to reopen,” he said, speaking of the movement’s synagogues. “Everyone wants to get back to normal as quickly as possible, but we have a greater obligation than a business to reopen only when it’s safe.”

Rabbi New is making the most of the new normal by reestablishing his connection to his congregants, one at a time. “I started by calling the more senior members of the congregation and I’m working my way down,” he said. The rabbi is holding a virtual minyan on Zoom twice each day and drawing twice the normal, in-person attendance.

Wittenstein said his congregation’s flexibility in adapting to the closures reaped rewards. Pre-coronavirus, about 60-70 people attended Friday night services. Since livecasting services on Facebook, the temple reports over 100 viewers log on. Many of those are groups of people or families. 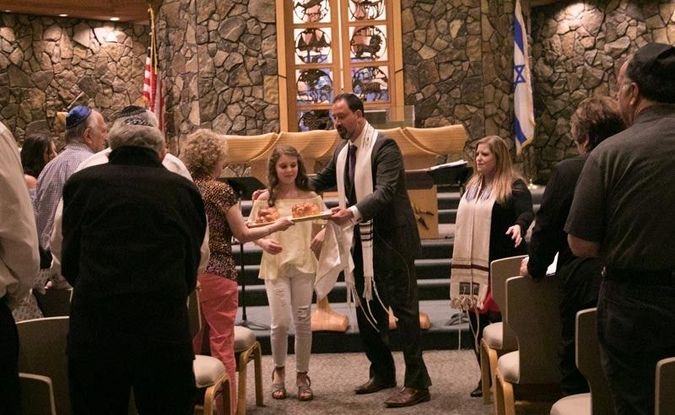 New said he understands how important the decision is to the people whose lives and livelihoods were put on hold by the virus. “The issue isn’t needing a haircut. It’s the barber’s need to work and pay bills.”

Jennelle Llantin, a self-employed hair stylist in Atlanta, said she disagrees with Gov. Kemp’s plan, but her decision to reopen her business, Bonnie and Clyde’s Barber Shop, was a pragmatic one. “Do I think it’s unsafe? Yes,” she said. “But I feel like this is a really hard thing to work around regardless. Rent is coming the week after next, whether I like it or not.”

Llantin said she’s taking every precaution possible to ensure her safety and that of her customers. “I’ll be wearing a mask and have gloves on. Every client has to wash their hands before they come in. They will get a text when I’m ready so they don’t wait in common areas. The chair, station, shampoo bowl, and all handles will be sanitized between clients, and additional breaks every few appointments to wipe the entire salon down again.”

But despite such safety measures, Atlanta’s Jewish community remains dubious of the governor’s coronavirus claims. Georgians remember three weeks ago when Kemp said he’d only just learned that people could have the virus but not have symptoms, and still be contagious. And it was only two weeks ago Kemp announced the completion of an emergency overflow facility at the Georgia World Congress Center in downtown Atlanta.

The guidance put out for US governors by the White House Coronavirus Task Force said self-isolation practices and distancing measures shouldn’t be repealed until there is a 14-day decline in cases. Georgia has not seen any decline in the number of positive diagnoses in that time.

Rabbi Laurence Rosenthal questioned just how long this renewed sense of patience and community will last after people are allowed to resume their everyday lives. The president of the Atlanta Rabbinical Society said he’s using this time to focus on what he calls the “communal stories.”

Rosenthal’s synagogue, Ahavath Achim Synagogue, was one of the first to close down. “Little to zero people are saying they support,” the Georgia governor’s proposal, he said. “Where is he getting his information?”

Rabbi Zalman Lipskier, the director of Chabad at Emory University has more mixed feelings about the reopening. “Either people think this is the light at the end of the tunnel, or they’re saying ‘This is crazy,’” Rabbi Lipskier said.

Members of Chabad chapters across the state responded to the closure orders by putting together seder and Shabbat kits for students who couldn’t travel home for Passover and for families who couldn’t get out to shop.

“Chabad is a home away from home for students, so things have changed significantly,” said Lipskier.

Those connections have become key to communal survival, whatever orders come from the capitol.

“It’s being thrown in our face how interdependent we are,” said Rabbi Rosenthal. “We cannot avoid this conversation anymore. What you do matters to me. What I do matters to you. This idea of radical self-sovereignty no longer applies.”