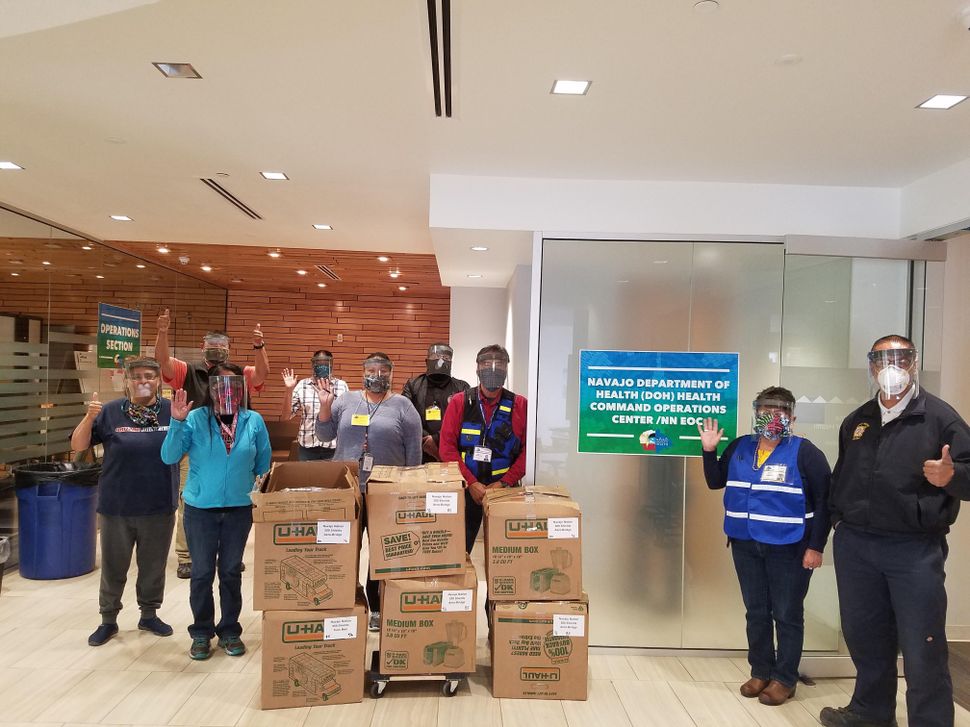 The Navajo Nation expresses its gratitude for the face shields donated by Indigenous Bridges.

In late April, 2,000 surgical masks and 1,000 medical-grade plastic face shields arrived on the reservation of the Dine/Navajo Nation — enough to protect all medical personnel and first responders on the reservation.

“You have multiple generations living together in cramped quarters with no sanitation or medicine,” said Ateret Violet Shmuel, who founded and co-directs Indigenous Bridges. “It’s the kind of abject poverty that nobody assumes still exists in America.”

The Navajo reservation has 180,000 registered members, all of whom are supposed to be wearing masks to prevent the spread of the virus. Yet a third of the reservation doesn’t have running water or electricity, much less personal protective equipment (PPE). Throw in a pandemic, and it’s no wonder COVID-19 is spreading across the Navajo Nation at a rate more than nine times higher than in neighboring Arizona. 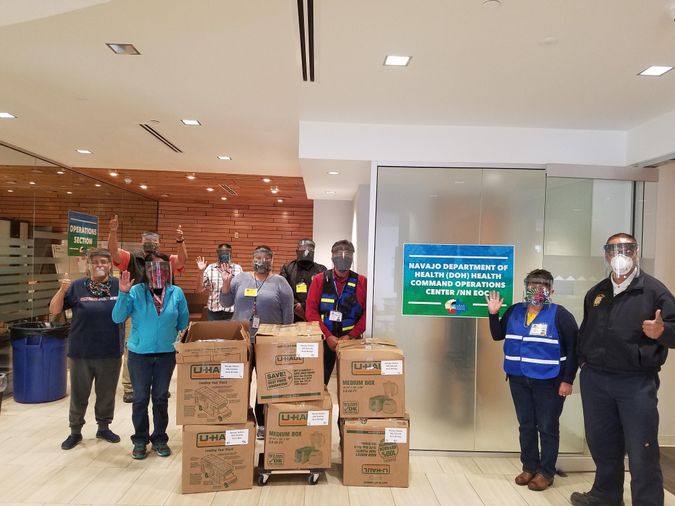 The Navajo Nation expresses its gratitude for the face shields donated by Indigenous Bridges.

Shmuel sees all Native Americans and Jews as brothers from a different mother. “We each have been colonized and occupied,” she said. “We have had genocide committed against our people. We’ve had our histories erased, our cultures made illegal. We’ve been given second-class status in our own lands and whatever lands we’re forced into, and we tend to be the annoyance of major colonial empires.”

The Navajo Nation holds a special place in her heart since its former president, Ben Shelly, and current vice president, Myron Lizer, already traveled to Israel to pursue nation-to-nation relations. “They have stood in solidarity with Jews in the face of virulent hatred and antisemitism,” Shmuel said, “and now it’s our turn to help them in their hour of need.”

The money for the donated PPE came from contributions from Jewish communities in Nevada and Arizona, and donation-matching partnerships with the Giving Masks and Charlestown Face Shield projects.

Shmuel is a former punk-rock fan from Boston who now resides in Jerusalem. She founded Indigenous Bridges two years ago 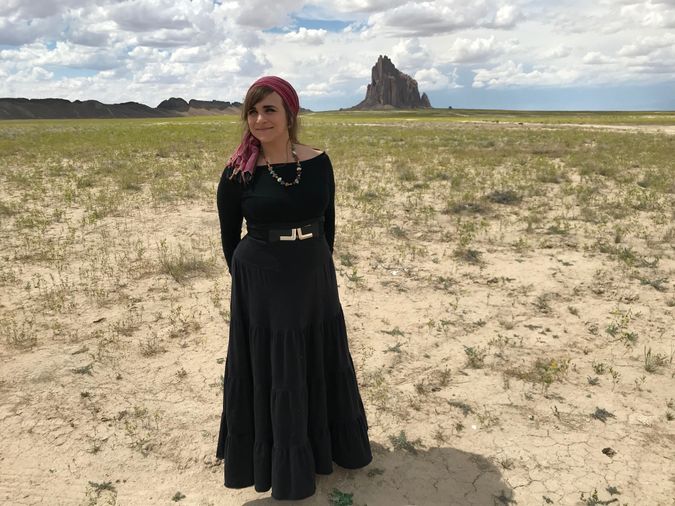 Shmuel said she usually introduces herself to indigenous peoples off by teaching them the Hebrew word shalom, followed by sababa (“it’s all good”), a part of the Israeli vernacular derived from Arabic.

Next up for Indigenous Bridges is getting running water for the Navajo and other nations. Negotiations are underway with an Israeli company that creates clean water. The group is also fundraising for food, medical supplies, solar power, baby needs, sanitizer and more PPE.

“Indigenous nations should always be made a priority of the U.S. government, because of the fact that we are on their land and we owe them,” Shmuel said. “Because that’s not happening, the least that we can possibly do is provide them with the resources that the rest of this country has.”

Corey Levitan is a journalist based in San Diego.