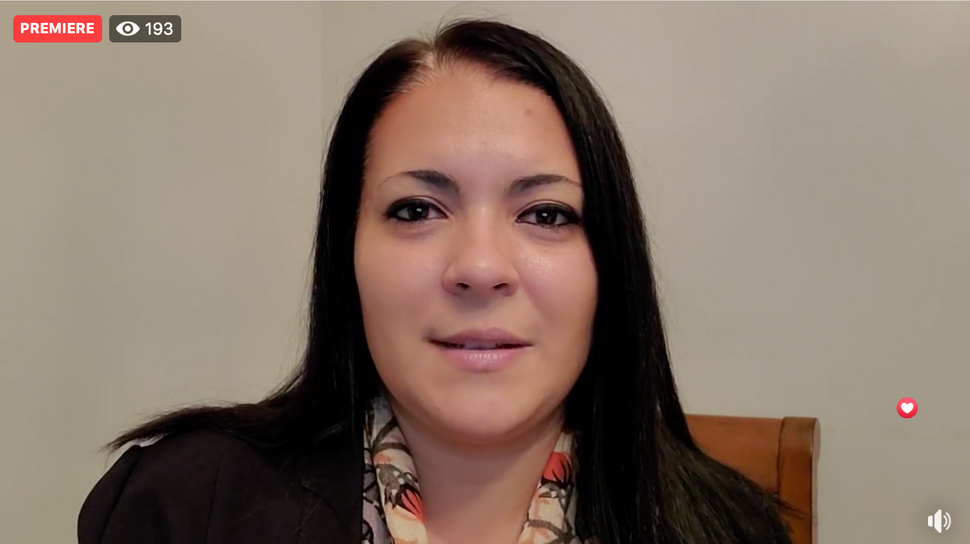 It was during the traditional Muslim call to prayer when Rabbi Tova Leibovic-Douglas found herself becoming emotional.

“I kept thinking about my Muslim friends who were not in one space with their family or friends for Ramadan and how beautiful and painful our world is,” she said.

The rabbi was one of over 1400 participants in a massive, virtual Muslim-Jewish iftar, the evening meal that marks the end of one of the days of Ramadan.

The event’s sponsor, Los Angeles-based New Ground: A Muslim-Jewish Partnership for Change, had set their 10th annual interfaith Los Angeles Community Iftar for Thursday, April 30. The annual event is an opportunity for Jewish and Muslim Angelenos to meet, pray, and talk about their respective sacred texts. It also marks the completion of MAJIC (Muslims and Jews Inspiring Change), New Ground’s Muslim and Jewish program for high school students. 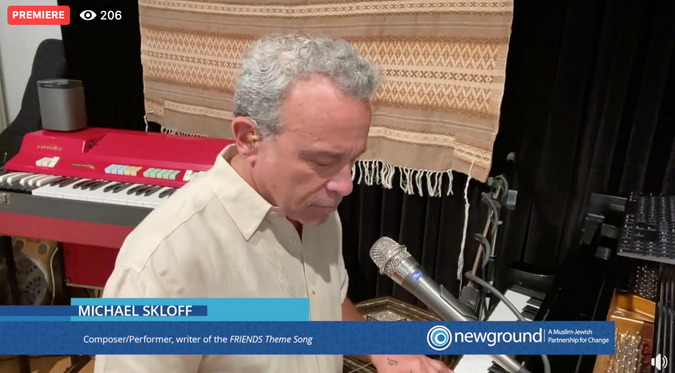 Michael Skloff, who wrote the melody for “I’ll Be There For You” (The “Friends” Theme), performed a slowed-down version of that song on the piano.

Then came California’s April 10 “Safer at Home” order. The iftar’s organizers considered cancellation for “about 30 seconds,” said New Ground’s Associate Director Andrea Hodos, before applying themselves to the challenge of convening virtually.

“It actually felt more urgent to find the right way to get us all together in a space of connection and meaning,” Hodos said. “This is who we are, and we couldn’t abandon that sense of purpose in this moment.” 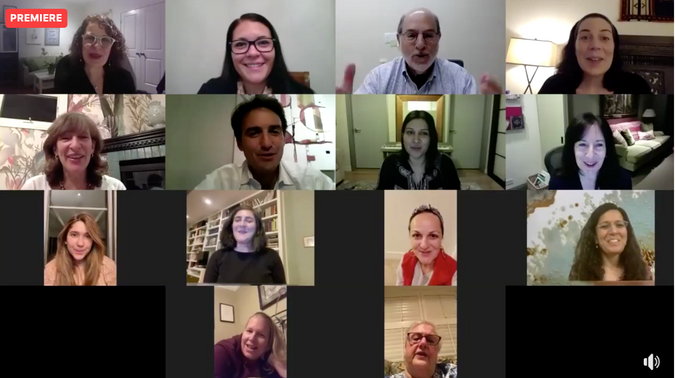 The board of directors of New Ground offer their thank yous at the end of the iftar.

New Ground, founded in 2006, provides leadership trainings, public programs and private lectures and discussions, with the goal of strengthening Jewish-Muslim relations in Los Angeles, where the organization has partnered with more than 35 Muslim and Jewish organizations.

“Our main objective was to create a nurturing space that would nourish ourselves and one another,” Executive Director Aziza Hasan said.

The event was hosted on Facebook Live. In addition to the 1400 people who tuned in, as of Sunday, the recording of the event had 2,600 views. Hasan said that people watched from across the country.

The event was timed so that Muslim participants could break their fasts, and Muslim and Jewish participants could complete maghrib or maariv prayers, before joining. While waiting for the event to start, the Ismaili Choir performed songs in Hebrew and Arabic as it did live at last year’s iftar.

Los Angeles Mayor Eric Garcetti reminded the virtually gathered that “faith will give us strength” and “love will carry us through.” Rabbi Michelle Missaghieh from Temple Israel of Hollywood shared a Talmudic text about the difference between heaven and hell being how people approached each other. In heaven, she said, “they worked together so each person could get what they needed.”

Activist and New Ground board member Edina Lekovic presented Quranic texts defining the righteous as, “those who feed the poor, the orphan and the captive for the love of God, seeking neither reward nor thanks. Faith and action is critical and what God is looking for.”

Hodos said her favorite part of each year’s Iftar is introducing arrivals to each other and having them start conversations before the event starts and at intentionally created diverse tables during the dinner program. This year, wary of “Zoom-bombing,” the recent trend of unwanted guests infiltrating Zoom meetings, the team opted for Facebook Live and an approach of what Hodos called “radical welcoming and engagement” in the comments section.

“There’s an advantage of being able to watch from the comfort of your own home,” said New Ground alumna Marium Mohiuddin. “NewGround took a rough situation and not only did the best they could, they truly created a heartwarming experience.”

“Getting a wink or a shout-out gave me the same feeling of spotting someone across the crowded room and making my way over for a hello,” said Rabbi Sarah Bassin, a New Ground board member. “Sometimes these relationships in the community don’t need much more than a simple expression of care. And that came across in spades over the chat.”

“No, it’s not the same as being in person,” Maia Ferdman, who works for New Ground part-time, texted her colleagues. “But, at least for me, the weight and warmth of that community presence is now sitting here in the room, tangible and as socially ‘near’ as it gets.”

For Hassan, the success of the event is a reminder “that we can hold one another in other ways as we grapple with fear and self-doubt.”

“Intentional relationships rooted in love create a sacred space that allows us all to rise to a better version of ourselves,” Hodos added. “The way through this is in reaching out past our usual boundaries to connect our communities.”

Esther Kustanowitz is a journalist based in Los Angeles.