Letter from Brazil: Is Bolsonaro a Nazi? 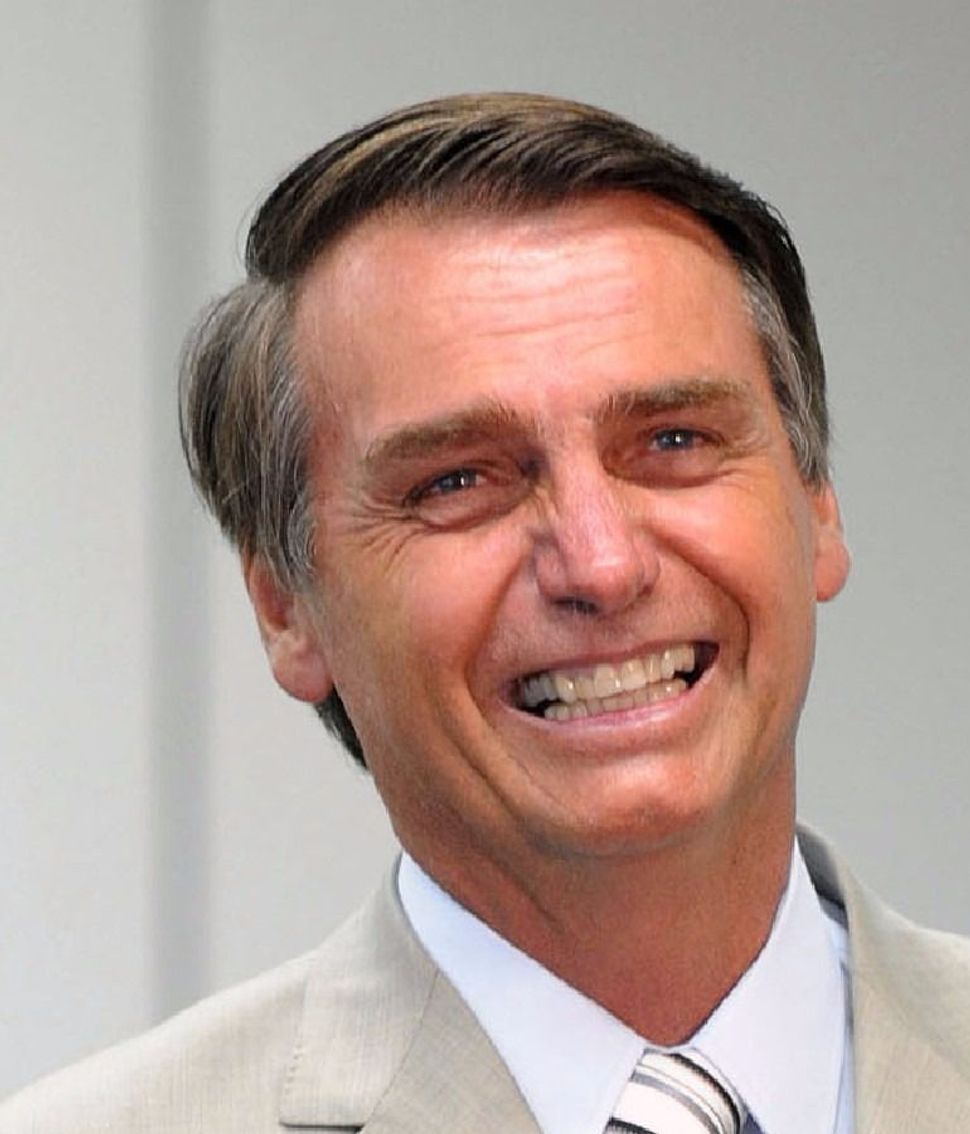 Even before his election, Brazilian president Jair Bolsonaro inspired theories and debates about the best way to categorize his extreme-right ideology. There were no shortage of experts who openly calledhim a fascist. Since the Covid-19 pandemic, there are those who think he has gone even further.

“Bolsonaro’s attitude towards the Covid-19 pandemic is Nazi,” said historian Bruno Frederico Müller, “The social-Darwinian vision of survival of the fittest, Hitler’s cruelty to his own people, sending more and more people to war, to death, and finally saying that Germany deserved its fate.”

Bolsonaro opposed the policy of social isolation recommended by the WHO and even by his own Minister of Health, Luiz Henrique Mandetta, who he fired last month..

“Bolsonaro has a vision of the coronavirus as if it were a war. Staying at home is a cowardly thing, the good citizen leaves home, faces it, and if he dies we ‘regret’ it, but if even more people die we ask ‘so what?’” Müller added.

During a press conference, Muller pointed out, Bolsonaro responded to the fact that Brazil had surpassed China in number of deaths by Covid-19 by saying “So what? I’m sorry. What do you want me to do? I’m Messias [the Messiah], but I don’t make miracles.”

“Bolsonaro is not a ‘classic’ fascist,” explained Odilon Caldeira Neto, professor of contemporary history at the Federal University of Juíz de Fora. “He has no effective relationship with revivalist movements and does not surround himself with intellectuals as in historical fascism. But Bolsonaro has a striking characteristic of fascism: the obsession with death and murder as a form of power and of national regeneration and purification.”

While Neto said he doesn’t see a trend toward Nazism in the government, there are clear tendencies within the government “that seek to deepen radicalization against institutions and promote antidemocratic ruptures.”

Observers say the flirtation with Nazism is nothing new. The Special Secretary of Culture, Roberto Alvim, released an institutional video, in January, in which he repeats sentences from the Nazi propaganda minister Josef Goebbels to the sound of Richard Wagner, announcing the financing of projects of an ultra-nationalist nature. He was fired that same day, but his projects remain untouched.

Bolsonaro’s government has made a series of changes in the area of culture, aiming to eliminate any trace of what they consider “left-wing ideology,” and replacing it with nationalist ideals, imposing a uniformity to all Brazilian art.

Education Minister Abraham Weintraub, who is Jewish, defended policies and speeches that encourage hatred, trying to promote a nationalist vision of Brazil over minority rights, in addition to having repeatedly spoken in a racist manner against the Chinese people in the midst of the coronavirus crisis. Minister Weintraub did not respond to The Forward’s request for comments.

“It’s important to stress how much of this flirtation with Nazism often comes in a humorous guise,” explained historian Murilo Cleto, mentioning the army of Internet trolls at Bolsonaro’s service. “They know they’re operating on a very dangerous boundary between the acceptable and the non-acceptable, and then, when things get complicated, they take a step back by saying it’s all just a joke.”

Last week, far-right Congressman Daniel Silveira was flaming his followers on Twitter with phrases like “It’s time to turn Brazil into a Ukraine,” a threat disguised as humor in reference to the growth of the far-right paramilitary group Azov Battalion.

Guilherme Casarões, professor of Political Science and International Relations at Fundação Getúlio Vargas (FGV-EAESP), said that those who disagree with Bolsonaro are considered traitors to the homeland.

“There are some interesting historical examples of what happens when you create an idea of “one people, one nation, one leader,’” he said.

Yet, Casarões doesn’t see the government as Nazi. “There are fascist traits in Bolsonarism as a political movement,” he said, citing the cult of personality, a rejection of political pluralism, and attacks on adversaries as “traitors to the homeland.”:

But, Casarões said, two central elements of Nazism are absent from Bolsonarism: “The idea of the State as the engine of the economy and mediator of class conflicts and perhaps more importantly, Bolsonaro’s ideology is not built on a racial supremacist project.”

Some of Bolsonaro supporters are indeed displaying some strong Nazi-like speech, such as prominent far-right blogger Allan dos Santos, who asked his followers to carry out the digital lynching of anyone who “promotes communism.” And businesswoman Cristiane Deyse Oppitz proposed an extreme “solution” to separate those who support social isolation from Covid-19 deniers who “want to work” and prioritize the economy – she recommended identifying pro-isolation Brazilians by making them wear a red ribbon, as well as leaving a mark on the door of their homes.

Perhaps it is still too early for a verdict. But it is undeniable that Bolsonaro is advancing his agenda with an increasingly radical militancy and without fear of flirting with the worst kind of totalitarianism.

Raphael Tsavkko Garcia is a Brazilian journalist published by Al Jazeera, Foreign Policy, World Politics Review, The Brazilian Report and PRI among other news outlets. He also holds a PhD in Human Rights from University of Deusto.

Letter from Brazil: Is Bolsonaro a Nazi?