‘She helped me learn Yiddish reading the Forward:’ 16 readers recall their mothers’ love for our paper 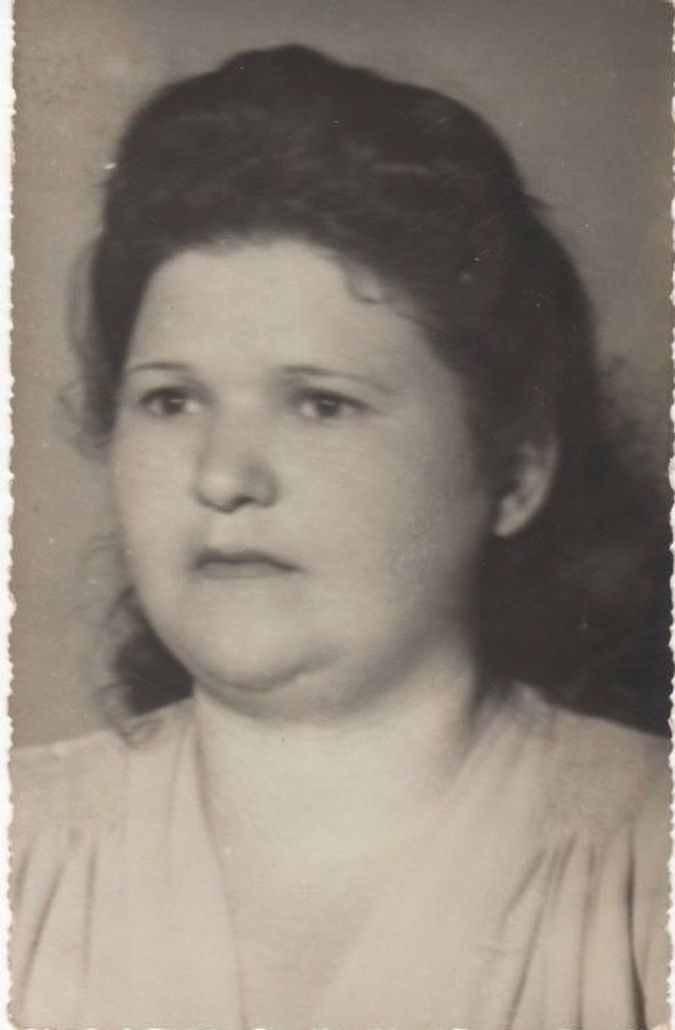 Raquel Bakalar, a Cuban immigrant who grew up in Los Angeles, remembers her mom proudly pointing out her name as a solver of the newspaper’s Yiddish word puzzles. Linda Galler, a law professor at Hofstra University, said her mom used the Forward to teach her Yiddish as a teenager. 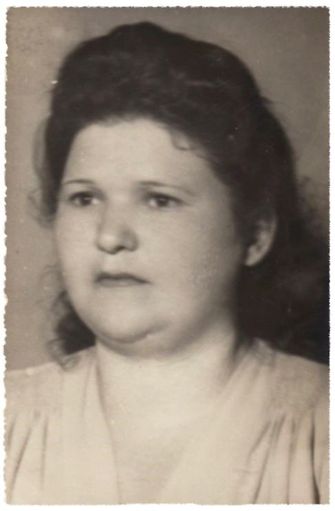 And Betty Baumel recalls the Sunday in 1961 when her mother-in-law, Molly, got a call from a relative asking, “‘Did you see today’s Forward? Someone is looking for you.’” A few months later, Molly was reunited with her brother Pablo, who she had not seen since he left Poland for Argentina in 1928. 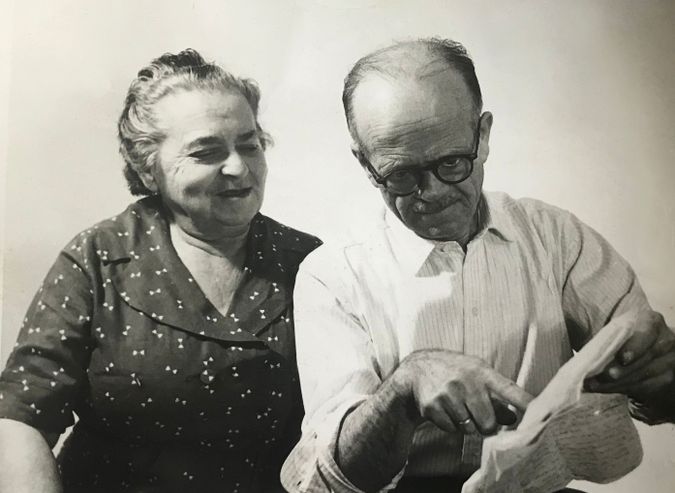 “Among my late Mother’s treasures, I found a copy of the Forverts’ front page from May 14, 1948, the founding of the State of Israel, that I passed on to my daughter, Gina, who lives there,” wrote Gita Kizell Pearl. “It’s prominently displayed at the entrance to her home.” 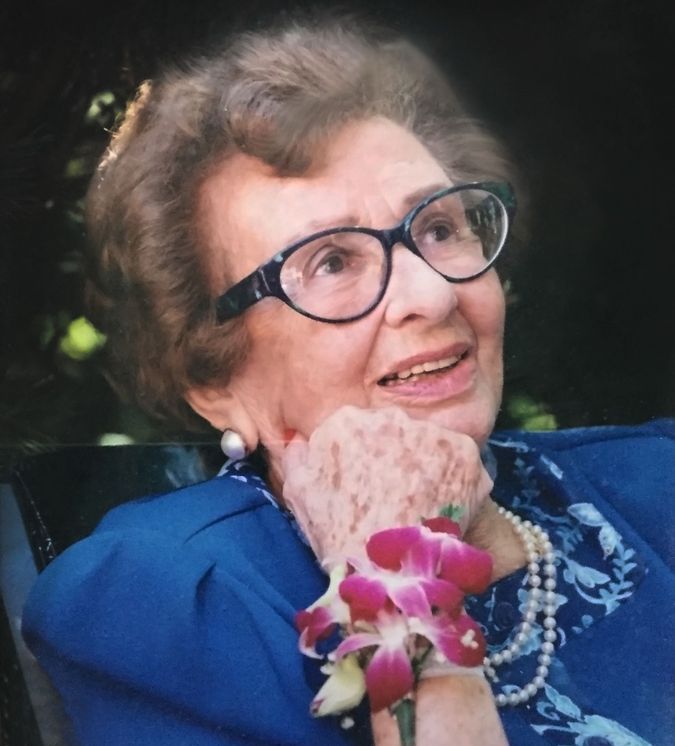 These are among the more than 165 stories that poured forth when we asked you, our readers, to share your memories of your mishpokhe ‘s connection to our fair paper. Now, in advance of Mother’s Day, we’ve selected some of them to share back.

Mother’s Day is, of course, not a Jewish holiday. It was invented by a well-intentioned Gentile lady, Anna Jarvis, and officially sanctioned by President Woodrow Wilson in 1914. But over the decades it has developed a kind of parve sensibility that has made it fully cross-denominational.

Social distancing, quarantine, illness and death infuse this year’s celebrations with melancholy. At least we don’t have to battle for brunch reservations. Instead, — and perhaps it’s what sweet shikse holiday-maker Jarvis had in mind when she conjured it out of thin air — here’s a Mother’s Day bouquet of your moms and your mameloshn Forward.

(Responses have been edited for length and clarity.) 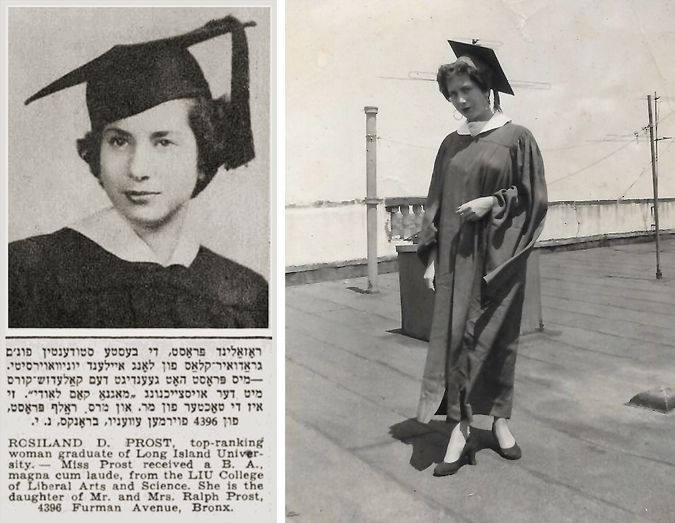 “In 1956, my mother graduated second in her class from college, and her graduation photo was published in Forverts’s art section. She and her parents listened to the Forward’s Yiddish radio station WEVD and when I arrived, she’d play WEVD near my crib so that my infant ears could hear a Jewish language.

“I grew up to become a Forward editor and was on staff for a decade. I guess you could say the Forward has had an outsized cultural hold on my family. While I never learned to speak Yiddish, it seems subliminal training really works.”
— E.J. Kessler, Deputy Managing Editor/National Political Correspondent for the Forward, 1996-2006 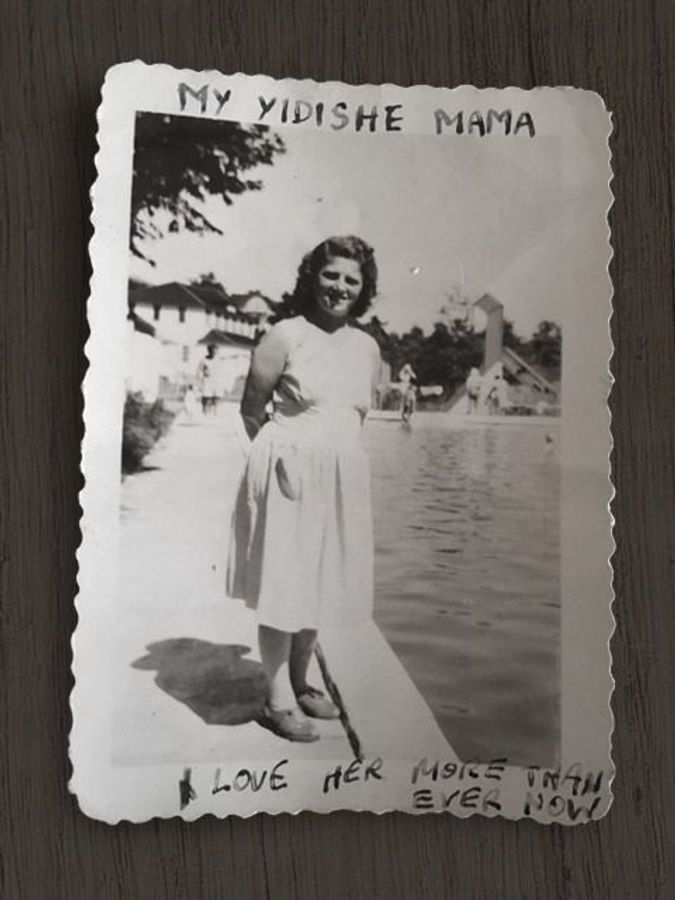 “My mother read the Forward every morning. She would occasionally tell me about a wonderful story she read about a Jewish doctor, lawyer, accountant or writer. Many years ago when I was a reporter at The New York Times, I wrote a book about art thefts. I decided to try and get it reviewed in the Forward. It would be fabulous if my mother could pick up the Forward one day and see an article about her son.

“Dick Shepard, one of my colleagues at The Times, had a friend at the Forward named Eli Stolpner. Stolpner told Dick to have me send him a copy of the book when it was published. A few days later, I told my father that there might be a piece about me in the Forward, but asked him not to tell my mother. A week later, he told me there was a problem. ‘I didn’t tell Mama,’ he said, but ‘on her own she called the Forward and told them she had a great story about her son the writer, and she has an appointment to meet with one of the editors next week.’

“I told my father that the Forward is going to think that I’m using my mother to get a review, and so I told her to cancel the appointment. After I sent the book to Stolpner, there was a favorable review in the Forward, on August 21, 1966, but the last paragraph was particularly memorable. It said, ‘incidentally, the author of this book, Milton Esterow, is the son of long-time Forward readers, Bernard and Yetta Esterow.’ Yetta Esterow was thrilled.”
— Milton Esterow, 91, editor and publisher of ART news 1972-2014 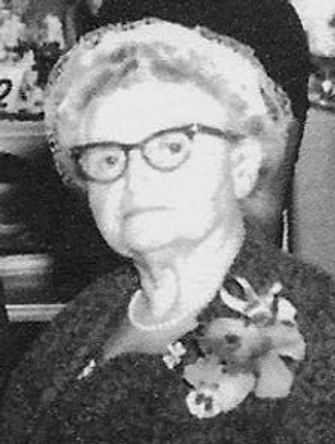 ”She worked as the “reader” in a cigar factory, reading the Forward and other newspapers, magazines and even personal letters to the workers rolling the cigars. The reader received a small percentage from each worker, plus extra for private readings of mail after work hours. She helped me learn Yiddish using the Forward.”
— Richard Blankstein 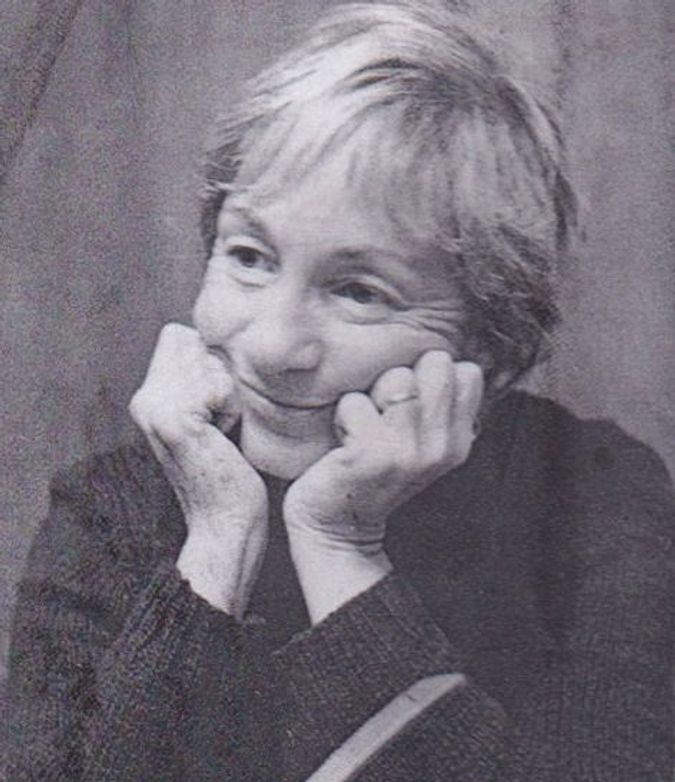 “A secular Jew, one of the Jewish constants in her life was sprawling out on her large white living room couch with the Forward newspaper, trying to “catch up” with previous issues. She was always sending me relevant articles. I lived in a loft near the original Forward building and subscribed to the paper for certain writers and to keep my mother’s memory going. “
— Leslie Levinson “Despite being pregnant with me, 66 years ago my mother would do a daily dash to meet the NYC train delivering the Forverts to our hometown of Rochester. Later on, with me in the stroller, she continued this critical mission, bringing my immigrant grandmother her beloved Bintl Brief column. Today I read and enjoy this historic paper in English online.”
— Howard Dietch

“In the Bronx one day, where my Bubby lived, I was sent down to the corner candy store to buy the latest Forward. Not being literate in Yiddish, I inadvertently picked up a copy of the Morgen Freiheit, the Communist Yiddish competitor. Bubby was horrified. I quickly went back to the store and made an exchange.”
— David Fishback, whose grandfather was one of the Forward’s chief typesetters 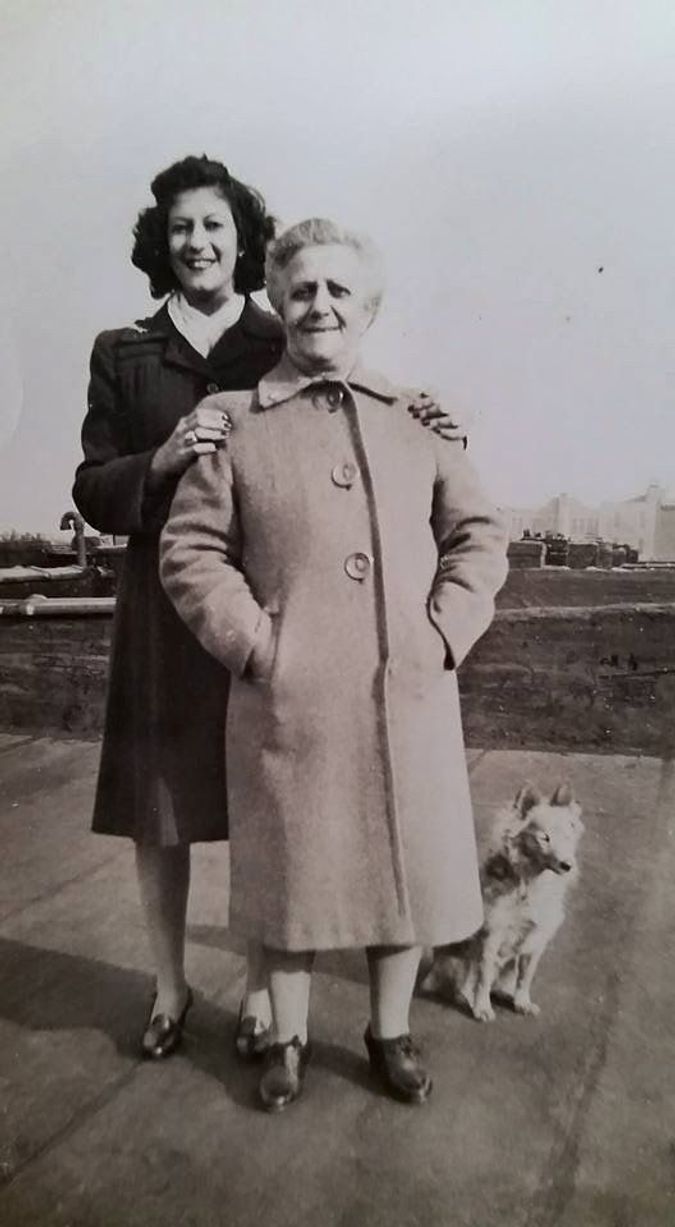 Nechamah Goldfarb’s mom Feyge Goldfarb with her mother Blima Yavitz Horowitz in 1944 on a rooftop in Brooklyn with her dog Queenie.

“In 1965, after a few muggings, my grandmother came to live with us on Long Island. My mother had me go over to our local Jewish candy store-luncheonette to get the Forverts for her. She was thrilled. Later, as her eyes began to fail, my mother would read to her and I’d hear them laughing. Then, they must have read something that shocked them because I’d hear her call the paper treyf.”
— Nechamah A Goldfarb

‘We especially loved the Bintel Brief’ 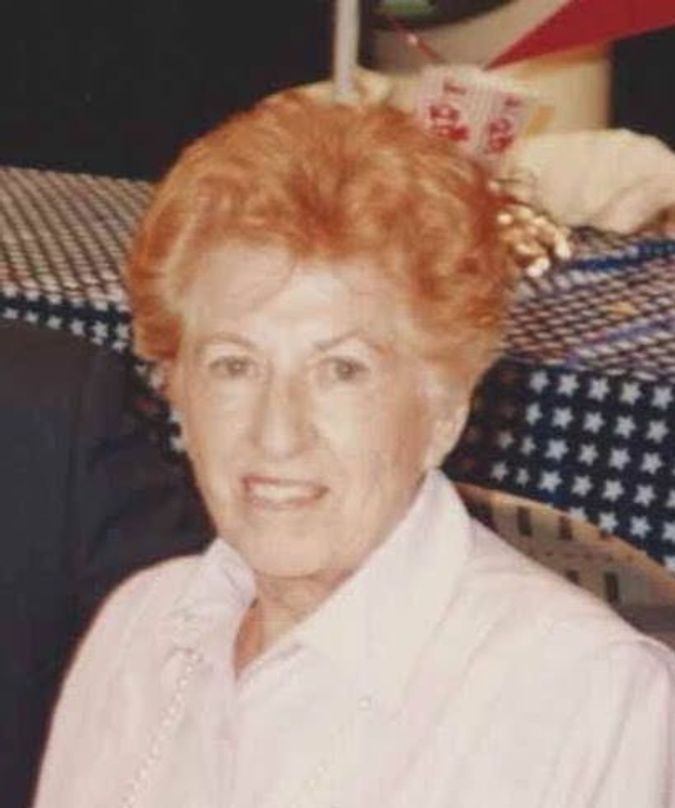 “My grandmother, who came to this country in 1913, was a loyal daily Forverts reader. Every two weeks my mother would bundle up the papers and ship them to my grandmother’s sister in Salford, England. “
— Ira Kaye 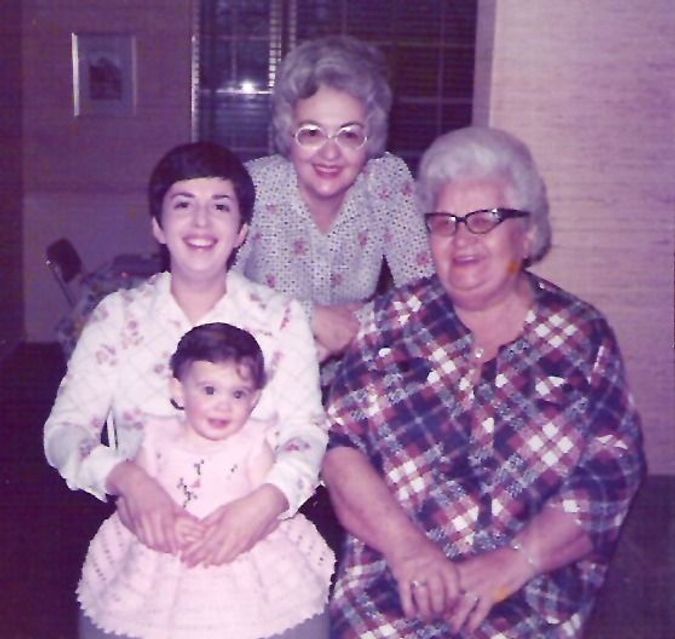 “We lived outside of Pittsburgh, and my zaide, Herbert Kohn, lived in Philadelphia. He mailed my mom, Annette, the Forward. My sisters and I would sit on the floor around our Mom while she read the Forward to us, and translated the Yiddish. We especially loved the Bintel Brief. “
— Karen Shore

“The one daily ritual that could not be interrupted was her sitting down with coffee and reading the Forward. Done reading it, the paper would be carefully folded and passed on to her twin sister, Molly, who lived in the city.”
—Sheila B. Amdur, who grew up on a small farm outside Pittsburgh; her mother, Pearl, worked in a taffy factory 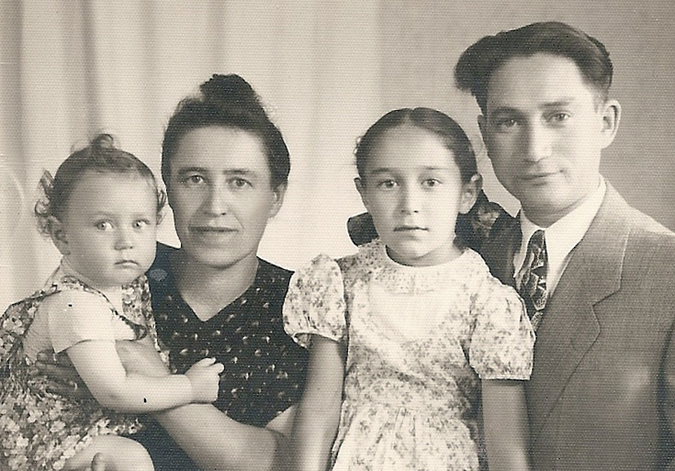 “We shared a subscription to the Forward with our neighbors, the Rubins. Sima Rubin would call and tell us that she and husband Boris were finished reading their copy of it. Mrs. Rubin typically had a small paper bag filled with ripe figs from their backyard for my parents. “I could not figure out reading the words, they were just too long. My Yiddish was embedded in me and came out as an adult while picking up Klezmer at KlezKanada.” — Max Maizels

‘She helped me learn Yiddish reading the Forward:’ 16 readers recall their mothers’ love for our paper