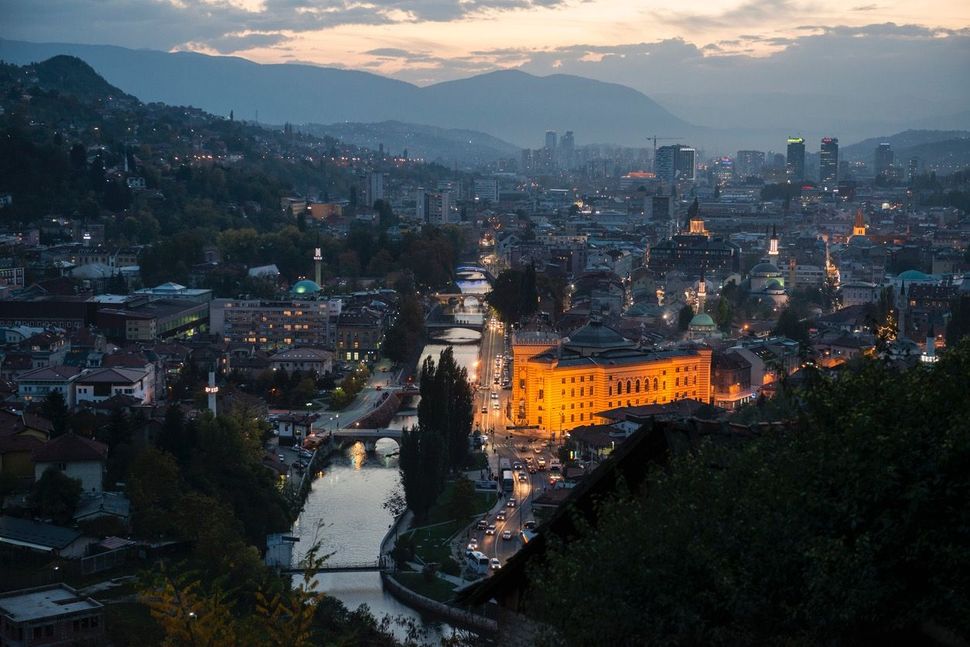 Catholic leaders in Bosnia and Herzegovina are planning to say what many observers see as a mass for the perpetrators of World War II atrocities against Jews, a decision that has outraged the Sarajevo Jewish community.

“To learn that the Catholic Church, who are our friends these days, who are always present, especially the Cardinal, at Holocaust commemorations organized by the Jewish community, has made this decision is simply astonishing. It is not just against the Jews but all people who call this country their home,” said Jacob Finci, president of the Jewish Community of Bosnia and Herzegovina. 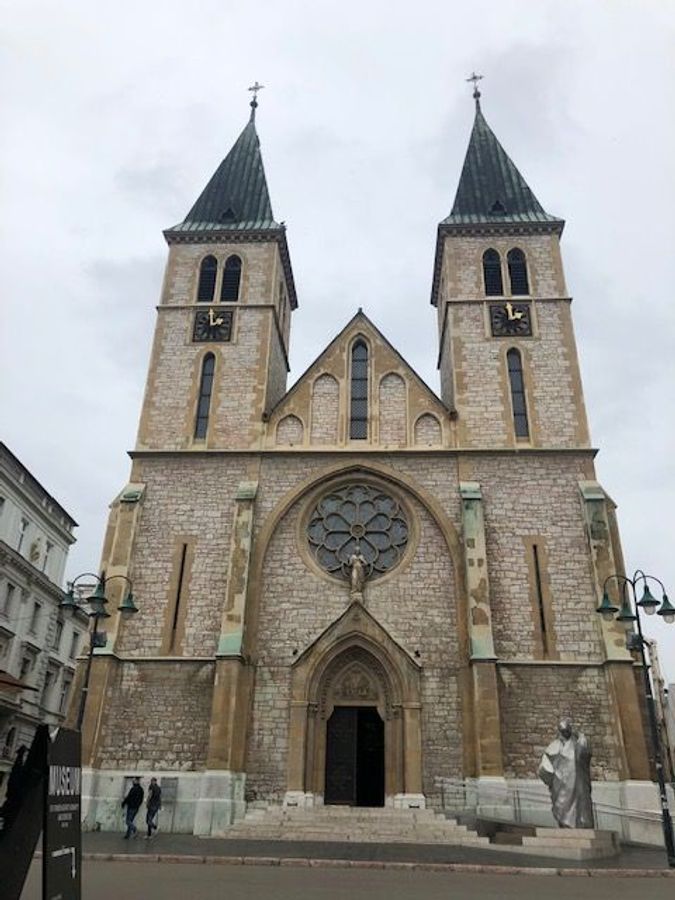 After the allies declared victory in Europe on May 8, 1945, the political and military leadership of the Independent State of Croatia, a Nazi puppet ruled by the brutal Ustaše party, fled Zagreb to Austria, along with their families and other assorted loyalists. They were hoping to avoid capture by the Yugoslav partisans led by Josip Broz Tito and to surrender to the British.

The Ustaše, whose rule covered both modern-day Croatia as well as Bosnia and Herzegovina, were never shy about contributing to the genocidal agenda of their German allies. It was the Ustaše and the NDH military which oversaw the Holocaust in Sarajevo, resulting in the murder of more than 7,000 of the city’s 10,000 Jews. The Ustaše then launched their own genocidal campaign against ethnic Serbs in the independent state.

“In Croatia were the only concentration camps in all of German-occupied Europe which were not established, run or even supervised by the Germans,” explained Dr. Eliezer Papo, a professor of Sephardic Studies and Balkan Jewish history at Ben Gurion University who was born and raised in Sarajevo. This included Jasenovac, the so-called Auschwitz of the Balkans, where more than 100,000 Serbs, Roma and Jews were killed.

“The Catholic Church Identified strongly with the Ustaša movement during the second world war,” said Papo. “In fact, one of the most notorious killers of the Jasenovic, the Auschwitz of the Balkans, was Fra Majstorovic, a Franscsican monk.” Majstorovic was also known in Jasenovic as Fra Sotona, Brother Satan, due to his brutality.

When the Ustaše leadership arrived in Austria though, the British forces there were not as welcoming as they expected. Having made agreements with the Yugoslav partisans, they returned the NDH prisoners to them at a border town called Bleiburg. Though exact numbers vary, most experts agree that thousands were summarily executed by the partisans, while others were sent to forced labor camps in the newly founded Socialist Federal Republic of Yugoslavia.

Events honoring those killed at Bleiburg have in the past been held in Croatia and at Bleiburg itself in Austria, where they have often been criticized for displays of Ustaše, Facsist and ultra-nationalist symbols. However, they were canceled this year, due to the coronavirus fears and travel restrictions.

Instead the charge was given to Cardinal Vinko Puljic, the soon-to-be retired archbishop of Vrhbosna, to conduct the mass. Immediately the city erupted in controversy.

“For [the Jewish Community] this is a small disaster,” said Finci. “The Ustaše government during their rule of Sarajevo between 1941 and 1945 killed 10,000 Sarajevans including almost 8,000 Jews. Now to celebrate a holy mass for them as victims is something utterly ridiculous.”

In a strongly worded open letter Jakob Finci, and Boris Kozemjakin, president of the Jewish community of Sarajevo condemned the church’s decision urging them to call off the mass.

“This mass is for criminals against the citizens of Sarajevo,” the letter states. “It commemorates the executioners of our mothers, fathers, grandfathers, our compatriots and all other innocent victims of the fascist parastate NDH.”

However, the church has argued that it doesn’t view the event as a commemoration of fascism but of the innocents who also died at Bleiburg.

“I see no reason why the bishops of the Bishops’ Conference in Bosnia and Herzegovina would discuss a possible cancellation of that holy mass. The church has always prayed for and will pray for the deceased and that should not bother anyone who has goodwill,” Ivo Tomasevic, secretary-general of the Bishops’ Conference, told the Balkan Investigative Reporting Network.

Later that week, Finci and Tomasevic held a public debate on the Bosnian show Face to Face.

The two Jewish presidents did acknowledge that, among the Ustaše, innocents did die at Bleiburg. But they still felt that positive remembrance of fascism should be unwelcome in the city.

“We pay tribute to the innocent victims, but their husbands, fathers and other family members, who committed all manner of atrocities against innocent people in the infamous camps and massacres throughout our country, do not deserve to have their name mentioned in Sarajevo,” their letter stated.

In his interview with BIRN, Tomasevic rejected criticism of the church and argued that all victims of both fascist and communist regimes should be equally acknowledged in the new Bosnia.

“I sincerely pity the wishes of those who would want to return us to the time of just one opinion and a single-party system instead of distancing themselves from the crimes committed in the name of any ideology,” he said.

The Israeli embassy in Tirana, Albania, which also serves Bosnia and Herzegovina, also condemned any attempt to equate the killings committed at Bleiburg with those of the Ustaše regime.

“A clear distinction has to be made between the victims who without any guilt on their part were forced to concentration camps like Jasenovac and Stara Gradiška and killed there, and those who are responsible for those crimes even if they did not have the opportunity to stand a fair trial for them,” the embassy said in a statement.

In addition to the Jewish community, leaders of Sarajevo’s other major faith communities as well as its political establishment have all spoken out against the Bleiburg mass.

“Bosnia and especially Sarajevo has always been anti-fascist town. Both between 1941 and 1945 and again between 1992 and 1995 we have always been victims of fascism, of different types of Nazis, that is why the average person is strongly opposing this.” Finci said.