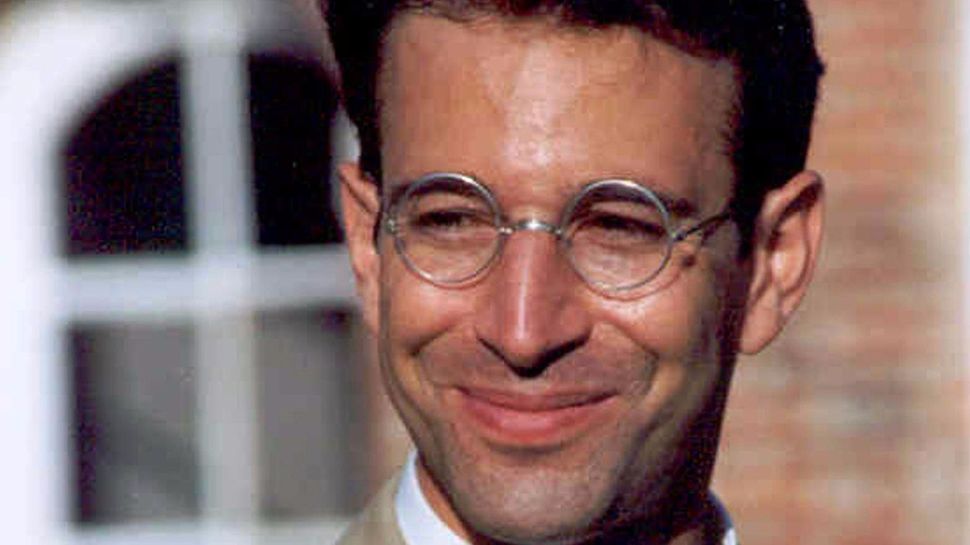 Asra Nomani remembers the day in January 2002 when she stood in the driveway of her home in Karachi, Pakistan, waving goodbye to her friend and colleague Daniel Pearl as he headed out for an interview.

“It was a beautiful, sunny day,” Nomani, a journalist and co-director of The Pearl Project recalled in a recent interview. She summoned the 18-year-old memory, which remains for her as vivid and palpable as if it had happened last week. “I love birds, so I remember the squawk of a flock of parrots overhead.

“That was my last moment of pure innocence.”

What happened next became international news and a very public tragedy: Pearl, then a 38-year-old Wall Street Journal reporter, was abducted by radical Islamists, held captive for nine days and beheaded on camera. His final words, which came to define him, were: “My father is Jewish, my mother is Jewish, I am Jewish.” They turned his death, already a crime against humanity, into an act of war against the Jewish people. And they turned Pearl — a symbol of America, of journalism, of courage — into a Jewish icon.

Nearly two decades after his death, Pearl’s story took another dark turn last month, when, under cover of the coronavirus pandemic, a Pakistani court overturned the 2002 convictions of the four men responsible for his death, including its mastermind, Ahmed Omar Saeed Sheikh. The surprise ruling reduced Sheikh’s sentence from murder to kidnapping, and commuted his sentence to time served. The three others were acquitted.

From their home in Los Angeles, Pearl’s parents, Ruth and Judea, and his older sister Tamara sprung into action to file an appeal. With the help of Nomani, the family solicited support from the Committee to Protect Journalists, the Wall Street Journal and the State Department, initiating a tortuous legal process in hopes their son’s killers will not go free. Their plight is a crude reminder that the forces of violent extremism are still well supported — even within the judicial system of an American ally — and that the pursuit of justice is never permanent, but an effort that must be redoubled to be realized.

“We were shocked,” Judea Pearl said from his home in Encino, California, about the 3 a.m. text message he received informing him of the news. These appeals, he said, have become something of routine, but the outcome is usually predictable. “One theory says somebody tried to take advantage of the coronavirus situation, assuming no one would be paying attention.”

But the Pearls are an object lesson in hyper-vigilance. Not a month passed following the original conviction before the Pearls set up the Daniel Pearl Foundation, whose mission it is to promote Danny’s legacy and facilitate the values that defined his life. Beginning in 2003, they partnered with the Alfred Friendly Press Partners to provide journalism fellowships to journalists from South Asia and the Middle East in order to expose them to American standards of a free press. The foundation also includes the Daniel Pearl World Music Days and an annual lecture series at UCLA and Stanford, featuring prominent names from journalism, academia and policy-making. This effort, Judea believes, has altered his son’s image in the Middle East.

“Public sentiment has been extremely favorable to us,” he said, after he and his wife released a personal video appeal via Twitter to the people of Pakistan, hoping to garner support for their appeal. “There has been a drastic change in public attitude towards Danny and his ordeal. In the beginning, we heard many voices saying, ‘He was a spy, he worked for the CIA, he worked for Mossad.’ We don’t hear that now. On the contrary, I think he became a symbol of the Pakistani aspiration to become a moderate and tolerant country in their own fight against extremism.”

While the foundation has proved a vital resource in connecting moderate Muslims from the Middle East with American allies, it has also had a profound impact on the Pearls’ inner lives, enabling them to transform their grief into action. “We are in the business of doing something,” Pearl said. “It’s not true that time doesn’t heal, time does heal.”

Still, he remembers the unimaginable pain of the beginning. “The first month I cannot describe. The first year. We kept missing him,” Pearl recalled. “We were expecting to get his phone call. We looked at his room. There was this constant feeling of missingness. And a violation of expectation: You expect something, but it’s not there. This kind of pain has subsided, I must tell you, because we’ve learned not to expect.”

To this day, the Pearls have kept their son’s room intact, using it as the office for the foundation. Every now and then, one of the visiting Pearl fellows sneaks inside to look at Danny’s things: “It still has his books and his trophies,” his father said. “He was a good soccer player! Some people said he excelled at basketball but I remember him as a soccer player because I was the coach.”

When asked about his most vivid memories of his son, Judea reaches all the way back to Danny’s infancy. “We knew he was special,” he said, recounting the moment of his son’s birth. It was the way he held his head. Or how, at age two, he resigned himself to wearing painful leg braces without complaint. “He put himself into the braces every night and he suffered all night. He used to bite his lips as he got into the braces.”

Eighteen years after Danny’s death, does a father ever feel his son’s presence? “Occasionally I consult him,” Pearl said, describing his son as his “mentor.” “What would he have done in such and such a situation? Because he had a different sense of ethics than I have; a more universal sense of ethics. He didn’t see any person as a stranger.”

It is a bitter irony that someone so open to the world was killed for being part of a tribe. The tension between Danny’s universal values and his very particular death is something his father continues to wrestle with. “I became a split personality,” Pearl said, describing how his son’s death changed his Judaism. “It intensified these two faces of Judaism within me” — the universal and the particular. He cited the verse from Exodus: you shall not oppress the stranger… because you were once a stranger. “It intensified my willingness to embrace Pakistanis and Muslims and talk to them; and it intensified my desire to tell my followers on Twitter that I am Jewish, I’m a staunch Zionist and anybody who is anti-Zionist is a racist. There is no universal without the particular.”

Pearl describes his understanding of religion as akin to poetry. A computer scientist by trade, he said he uses examples from the Exodus story, the Prophets and the Mishnah constantly in his scientific work. He said he does not blame God for his son’s death. “God slept late on January 23, 2002,” he said. “The angels cried on that day. It was a mistake.”

Pearl knows it is the four men facing the possibility of reclaiming their freedom who are to blame for Danny’s death. According to Nomani, Pakistani authorities have said there will be a preliminary hearing in late May or June but a full hearing of the case could take anywhere from six months to two years. For now, the Pakistani government has issued a temporary detention order that will keep the men behind bars for another three months. “Even if we are victorious,” Nomani said, “it is not going to happen overnight.”

Both the Pearls and Nomani worry that if these four men are set free, it will further endanger journalists and undermine the legacy they’ve worked so hard to sustain. With a long fight ahead, and the Pearls getting older, Nomani also worries that without fierce advocates the public could eventually forget Danny Pearl. “It is from forgetting that Omar Sheikh is potentially going to be freed, because the narrative is being re-written,” Nomani said.

In fact, a short time after the appeal was filed for the postponement of Sheikh’s release, London-based lawyer Ali Naseem Bajwa, one of the youngest-ever appointees to the illustrious Queen’s Counsels, offered Sheikh and his accomplices free legal services.

“We are talking here about extremism and the radicalization of Muslims in places like Paris, London, Amsterdam,” Pearl said. “There are sleeping cells working very hard, waiting for any message of impunity. And that is why we are fighting so hard in this appeal.

“We have to make sure Danny’s death is not wasted.”