The calls from the frontlines were disturbing.

Emily Kane Miller, CEO of Ethos Giving had heard from her medical professional sister-in-law that supplies of personal protective equipment (PPE) were running low in her hospital. Meanwhile, Elizabeth Faraut, CEO of LA LOOP, had heard the same from a doctor in her family.

Seeing the need for a central mechanism to track and fulfill hospital needs, the two mom-entrepreneurs teamed up with philanthropic activist Lisa Greer, and launched into action. They created the Greater Los Angeles Hospitals Registry, a free, volunteer-run online resource that allows any hospital in LA County to list and quantify its specific needs, and to share that information publicly, so that individuals, groups and companies can help.

Since the Registry’s April 24 beta launch, at press time, 20 of the 43 hospitals in L.A. County treating COVID-19 patients had their needs listed. The goal is to get every LA County hospital onto the Registry by the end of this month. .

The Registry is meant to be simple, like a wedding registry: a mechanism for healthcare workers to share their hospital’s needs. Vendors can meet those needs by providing inventory (for purchase or in in-kind donations). Donors of all levels can use the Registry to make a general gift or to contribute to specific needs.

“The point of the Registry is to bring more transparency and [be] more equitable for hospitals and donors in Los Angeles. We’ve created a platform where everyone’s equal and can share what we need,” said Faraut. “We want every healthcare worker in our county to know that we care about them and want them to be successful,” said Kane Miller. 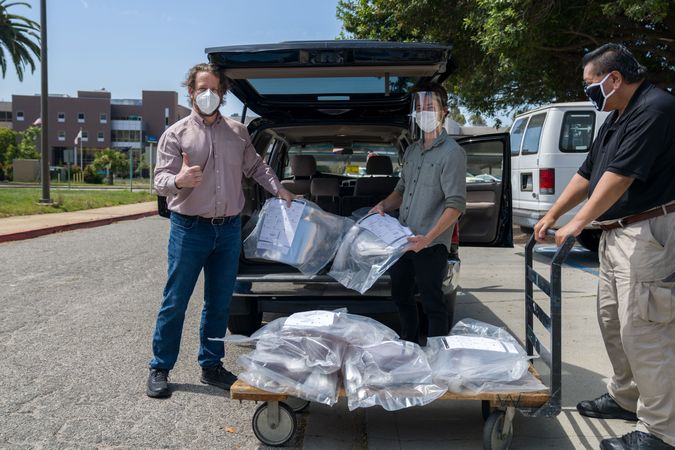 Kane Miller and Faraut shared a concern for family members who were frontline healthcare workers and had expressed concern about low supplies of PPE.

Greer, founder of Philanthropy 451 and author of the forthcoming Philanthropy Revolution, said the three entrepreneur moms became determined “to figure out a way that everyone gets what they need, wherever they are.” The Registry, powered by social giving platform Givvor, was meant to “flatten the curve of generosity,” said Kane Miller, engaging crowdfunders as well as the six-figure donors.

“People are feeling so helpless and really want to be able to activate their generosity, which is one of the best medicines we have right now.” Small donations are shouted out on social media “the same way as a five- or six-figure donation would be,” Kane Miller said.

The Registry is a project of the Emergency Supply Donor Group (ESDG), a fiscally sponsored project of Jumpstart Labs, created by Kane Miller and Faraut to respond to the extreme PPE shortage and other critical needs for Los Angeles healthcare workers. ESDG funds this work through tax-deductible donations from philanthropists, corporate donors, and crowd funders. To incentivize participation, ESDG will be seeding each new hospital registry with a contribution of $500 toward fulfilling their first batch of requests. 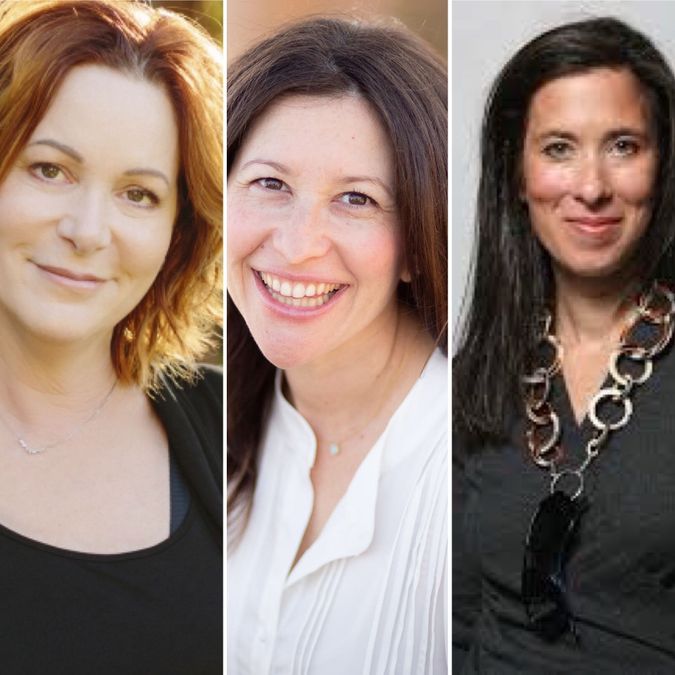 “People are being sent into battle without their protective equipment,” said Joe Sanberg, one of the Registry’s early funders. “We have to do everything we can to help.”

Sanberg, co-founder of Aspiration.com and founder of CalEITC4Me, said he is mobilizing his significant following on behalf of the project, and got involved “as a business leader who believes we have to be taking care of stakeholders and not just shareholders. Everyone in the business community should be doing something to help.”

“This is a moment that we need to come together—businesses, nonprofits, governments, and everyday people of all backgrounds and political affiliations,” another early donor, Tieks CEO Kfir Gavrieli, said. “Each of us needs to ask: what can I do to help?”

The Registry answers, “simple but vital questions, such as: Which hospitals need the most help? Which items are most essential? How are we ensuring quality and follow through?” said philanthropist and Homeland Security Advisory Council (HSAC) Chairman Peter Lowy, in a statement. “By putting donors directly in touch with every participating hospital in an efficient and simple manner, we can improve health outcomes and save lives.”

Getting supplies locally is also a value for the ESDG and Registry team. Local PPE manufacturer ShieldLA.com, a nonprofit including furloughed Disney engineers, designed and mass-produced a reusable face shield; the ESDG is buying 10,000 for local hospitals. Faraut said it was rewarding “to have Angelenos at work, being paid for a product they’re making, to help hospital workers on the front lines protect themselves.”

The Registry’s team hopes that other cities will learn from their efforts and be able to redirect supplies to where they’re most needed.

“Our goal is to have it function really well and as something that’s self-sufficient, people update what they need and what can be provided, and other cities take it on across the country,” Greer said. “If a government agency or someone else wants to take it over and make it live in other places, more power to them. We just can’t bear personally the thought of the inequities.”

The founders said that one important element of the Registry is the opportunity for people to engage in the process of meeting real needs platform.

“In this moment when we need to social distance, it’s an incredible way for people to be part of the platform…[it’s] exciting to think about Angelenos being able to help, to market the goods they make and for the hospitals to share what they need. That will last post-COVID,” Faraut said.

“When people see things that they can help with, in their own little ways, to make someone more whole right now, folks are looking for those opportunities to weave in. It’s the ultimate mensch moment,” Kane Miller said.

Esther Kustanowitz is a journalist in Los Angeles.