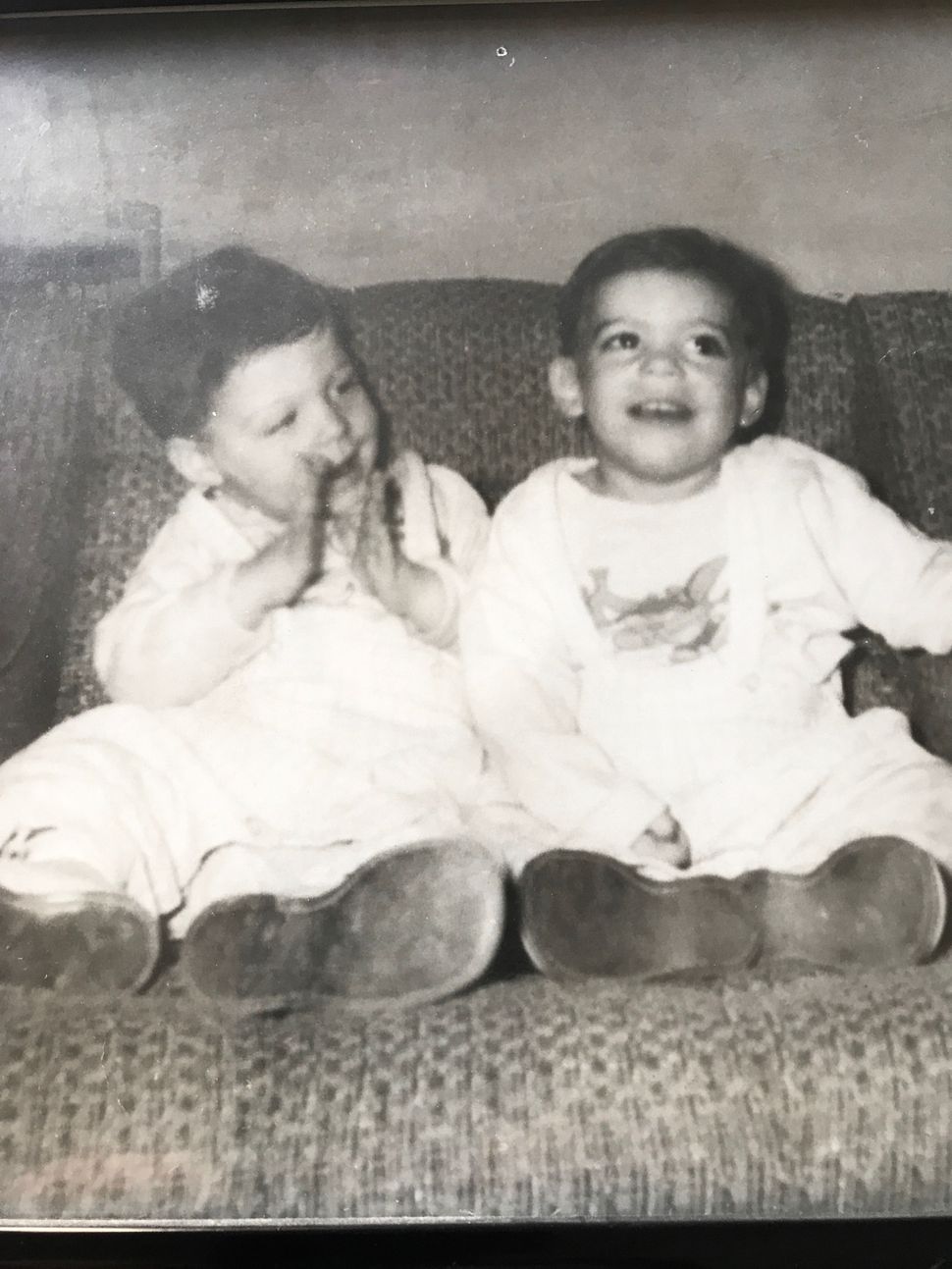 Jay and Jeffrey Sanderson as children.

For Jay Sanderson, it got personal.

Last month, the COVID-19 virus claimed his mentally disabled twin brother, Jeffrey, who was living in a group home outside Boston. When it was clear Jeffrey wouldn’t survive the infection, doctors told Jay that his brother had about 24 hours to live. He lasted another four days and died April 18 at age 62.

As President and Chief Executive Officer of the Jewish Federation of Greater Los Angeles and chairman of the Large City Federations subsidiary of the Jewish Federations of North America, Jay Sanderson has faced his share of challenges. This was anguish on a deeper level. Like thousands of others across the country confronted with the death of a loved one during the pandemic, he could not see his brother in the hospital, he could not visit the mortuary nor could he participate in a burial service or shiva. Worst yet, he had use Zoom to tell his mother, who lives three miles away. 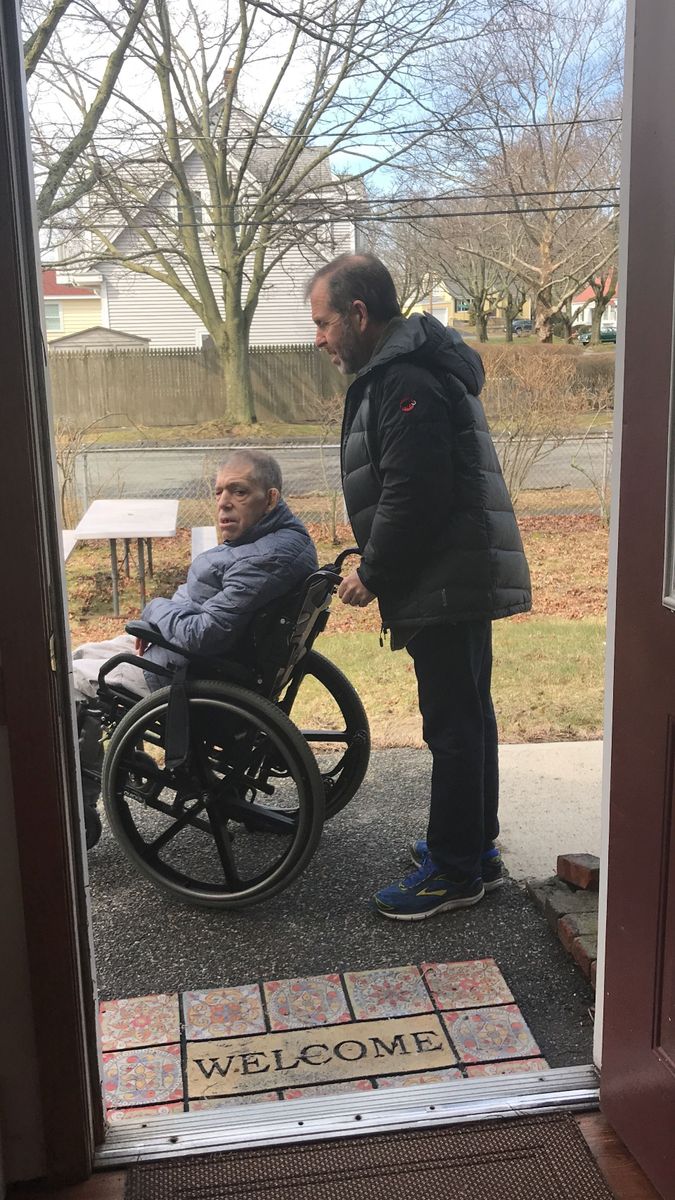 Jay Sanderson with his twin brother Jeffrey, who passed away from COVID-19 in April. Image by (Courtesy Jay Sanderson)

For so many Americans, these are troubling times. The coronavirus has colored every aspect of how daily life is now defined, pock-marked by disruption, joblessness, financial worries and social separation. Some cope better than others. Some struggle to cope at all.

In that regard, Sanderson counts himself among the fortunate for the job he has held for more than 10 years. In short, the Federation he leads is the safety net and connective tissue for countless Jews throughout the greater LA area. With programs that serve Jews as a community and as individuals, it has been a helping hand spiritually, psychologically, socially, financially and emotionally.

Pivoting from the pain of losing a loved one, he said, “The work I do, the work I’m doing, has helped me get through this. I feel like I’m honoring my brother by getting help to people to help them get through this crisis.”

Building on the Federation’s response to previous community-affecting issues, including the Great Recession of 2008-2009 and the wildfires that destroyed Jewish camps along the coast north of Los Angeles two summers ago, Sanderson said he sees the current challenge as “a four-act play” that demands attention to all four acts to restore full physical and psychological health.

The first, he said, is the immediate crisis, which the Federation is addressing through a wide range of social service programs, including several initiated expressly for current needs. The second is the silent summer ahead, with cancelations of camps, family vacations, sports and outdoor concerts, along with an almost certain reconfiguration of High Holiday services and the start of a new school year. 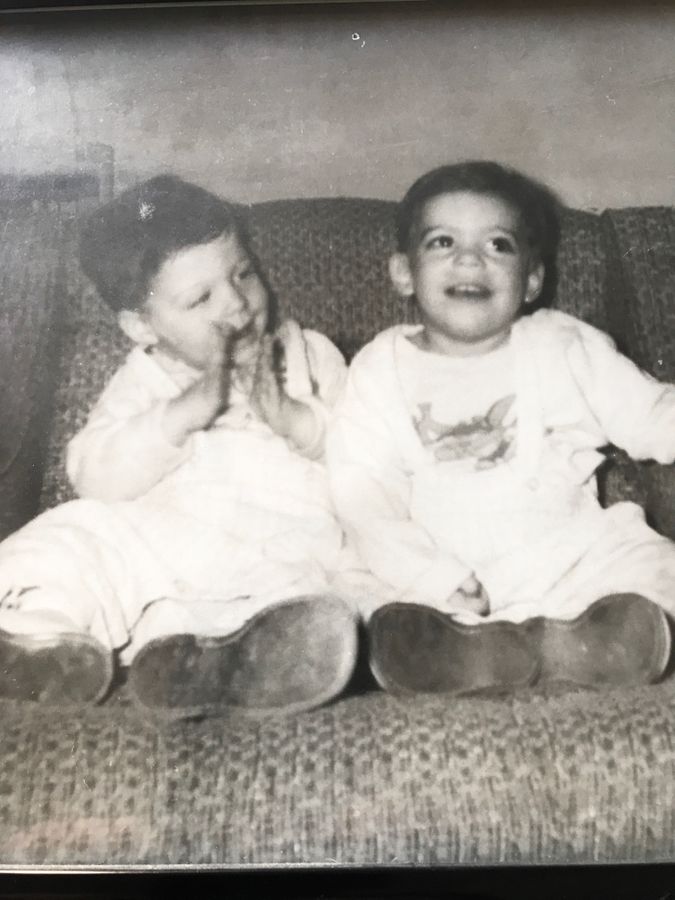 Jay and Jeffrey Sanderson as children.

The third is a transition period when a vaccine will help move people back into the lives they left. And the fourth is what shape the community will take once the crisis has passed. In some respects, that last one might be the most critical.

For example, will donors and philanthropists have the same net worth that will allow them to sustain support for institutions like the Federation? Will there be a return to full employment? How will stock markets respond? And what about the real estate market? The answers affect large institutions like the Federation as well as ordinary households.

“I try to look at these things locally and nationally,” Mr. Sanderson said. “I try not to be reactionary, but respond with a careful, thoughtful, strategic response.”

For the moment, the Federation is addressing immediate needs through several programs aimed explicitly at mitigating unforeseen costs associated with the pandemic.

One is a new interest-free loan program, which makes up to $1,000 available to Jews in need. Another offers grants to congregations struggling to maintain programs and services. A third is a burial fund to defray funeral costs for Jews without the means to pay.

“We’ve gotten thousands of calls over the last two months,” he said. “Normally, we get about 100 a month. We have 20 times that now.”

Because of its reach and the changing needs of the Jewish community, Mr. Sanderson pushes to adapt quickly, a lesson he learned from past crises.

“I’ve restructured the organization three times in the 10 years I’ve been here,” he said. “To be an organization that deals with these issues, you have to continually evolve and constantly adapt. Very few could have predicted this pandemic; we’ve never worked harder to deal with it.”

In that context, the Federation works closely with local, state, and federal authorities to secure as much help as possible for the region’s Jewish population.

“I’m an optimist,” Mr. Sanderson said. “I’m blown away by our Jewish leaders; I’m inspired by seeing what they’re doing. They have enough strength to tackle these issues, and if Jewish leaders are capable of looking beyond their own institutions to see how to collaborate for the end-user, rather than just their institution, we’ll get out of this. We’ll find light out of death.”

Michael Janofsky is a writer in Los Angeles.