Coronavirus deals a blow to some of Israel’s ‘commuter’ immigrants 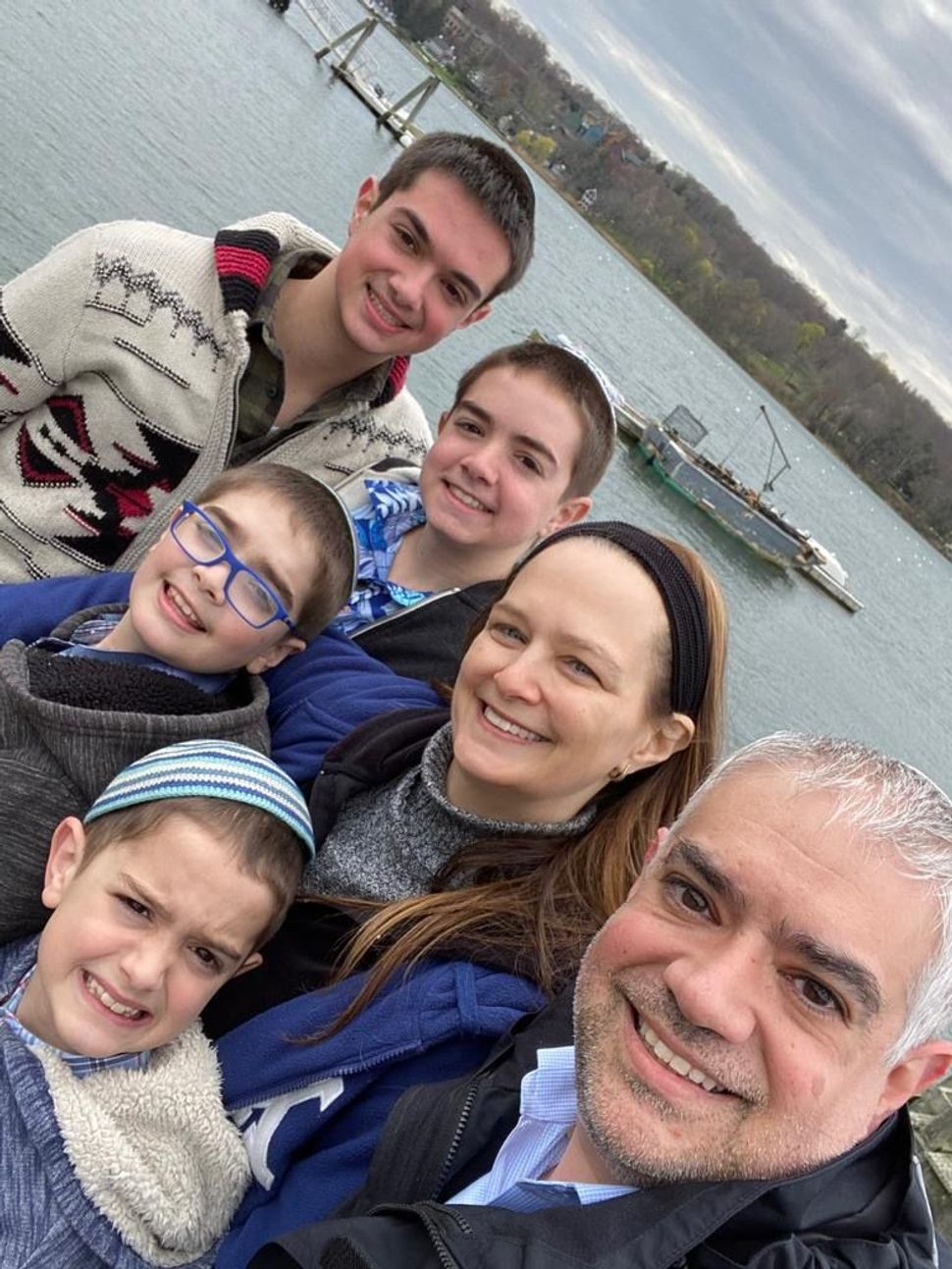 As the coronavirus pandemic almost totally shut down international air travel, Debra Geller, a doctoral student from Alon Shvut decided to pick up her children and move temporarily to New York to be with her husband Marc, whose ophthalmology practice is based in the city. Image by Courtesy

JERUSALEM — Prior to the outbreak of the current COVID-19 pandemic, Dr. Beth Kava used to fly to the United States every month for at least two weeks.

An American pediatric endocrinologist who immigrated to Israel and is now living in the West Bank settlement of Efrat, Kava runs a private medical practice in Margate, Florida which has been forced to shut down as a result of the crisis.

“I haven’t left Israel since the beginning of March, so it’s been quite difficult to keep open,” she said. “No patients or revenue are coming in.”

In recent decades a small but growing number of immigrants have moved to the Jewish state while retaining their jobs abroad, creating a population of mostly white-collar “commuter olim,” or immigrants, centered around the English-speaking enclaves of Beit Shemesh, Hashmonaim and Modi’in.

As the novel coronavirus began spreading around the globe, however, this kind of lifestyle became increasingly untenable. Lockdowns and stay-at-home orders meant that many businesses in the United States had to severely curtail operations while Israel’s sealing of its borders in mid-March drastically reduced the number and frequency of available international flights.

“The epidemic clearly endangers my practice,” Kava mourned. “It’s a small practice, not affiliated with any particular hospital, so without being able to generate revenue it’s touch and go right now.”

“It doesn’t pay to commute and go into isolation for two weeks,” she continued, referencing Israel’s March 9 decision to require all incoming international travelers to self-quarantine for 14 days upon arrival.

It was for precisely this reason that Debra Geller, a doctoral student from Alon Shvut, decided to pick up her children and move temporarily to New York to be with her husband Marc, whose ophthalmology practice is based in the city. 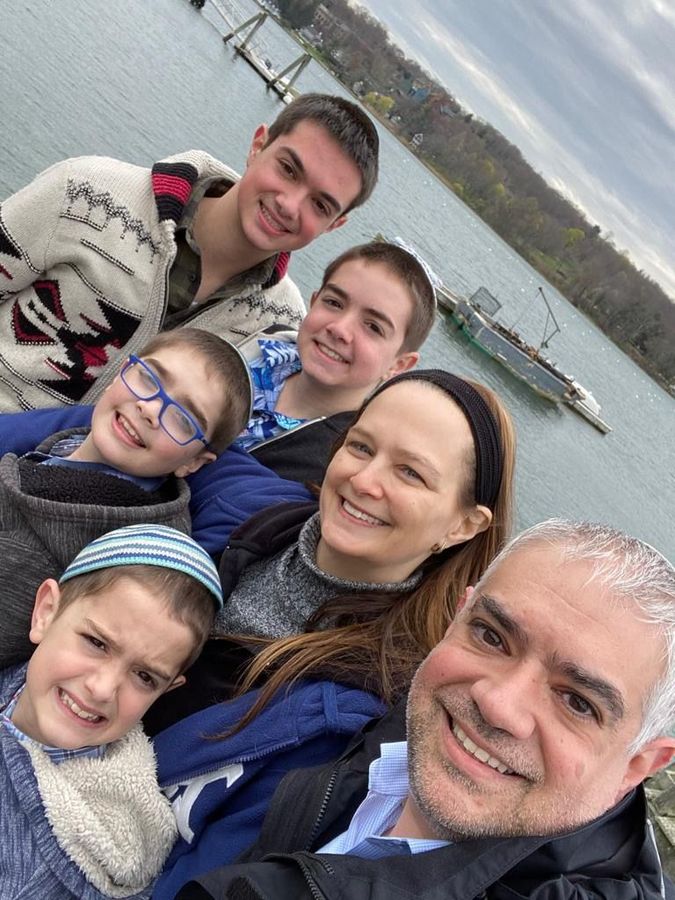 As the coronavirus pandemic almost totally shut down international air travel, Debra Geller, a doctoral student from Alon Shvut decided to pick up her children and move temporarily to New York to be with her husband Marc, whose ophthalmology practice is based in the city. Image by Courtesy

“Our whole setup here is based on him working for two weeks and coming home for two weeks, and with new reality flying back and forth is not simple,” she said.

Once Israel closed the schools on March 12, Geller and her four youngest children flew over, staying in the US until Israel began reopening its economy earlier this month. Marc is set to join them before the Shavuot holiday next week.

“We’re counting down until abba comes home and our quarantine is almost finished,” she said, using the Hebrew word for father.

And while she said that “finances are always in the back of our minds,” Geller didn’t appear to share Kava’s anxiety regarding the effects of the pandemic on her livelihood.

“Thank God, being in the medical field is not like a restaurant that people will do without,” although there has been a “huge reduction in the traffic in the practice,” she said. “But that’s not any worse than what’s going on in the rest of the world.”

“Anybody that is in the in-person profession, if you’re an emergency room physician, if you are dentist, if you don’t show up, you don’t have business, and that has affected people who have been in the caregiving professions and have been commuting,” said Rachel Berger, the Vice President of employment at Nefesh B’Nefesh, an NGO which promotes and facilitates North American aliyah.

While she said that there are no hard numbers regarding Americans in Israel working outside the country, she estimated that around 10-15 % have “some sort of income generated from abroad.”

Among this group are telecommuters who continue to work for American firms but do so from Israel. For these people, being furloughed or let go because of the pandemic has been difficult because, “they don’t have the experience of having worked here and now for the first time some of them are looking for their first job within Israel.”

The people who fly to their jobs, she said, have mostly hunkered down, waiting for the storm to pass.

One person with experience at both is Jay Akselrud, a SAP quality assurance consultant living in Beit Shemesh who combines telecommuting with site work and usually travels to the States between 15 and 25 times a year. 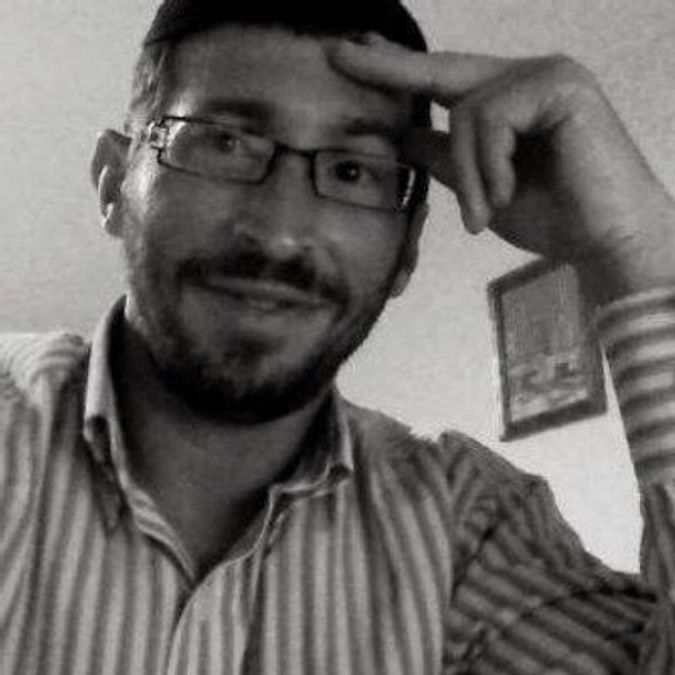 Jay Akselrud, a SAP quality assurance consultant living in Beit Shemesh, says that while he usually commutes frequently, his business has largely been affected by its move online. Image by Courtesy

He said that while not flying has “been an adjustment,” the nature of his job means that he has been able to transition to remote work without much difficulty and that his livelihood has remained unaffected.

“A lot of testing is virtual. A lot of the work I do could be done remotely,” he said. “I do notice rates are starting to come down, but the way I see this, if I take less money and don’t travel I’ll be even in the long run.”

Vanessa Levy Fisher, a South African immigrant living in Modi’in, whose conference organizing business previously had her flying abroad 16-20 times a year, said that she was spending most of her time “watching TV, cleaning, cooking and taking online courses.”

She said that beyond the short-term financial hit that many commuters were taking, there was also the long-term issue of the viability of such a lifestyle.

“Things won’t go back to what they were,” she said, noting that it was impossible to know how fast the airline industry would recover or what ticket prices would be.

Airplanes are extremely expensive to fly and with the number of international travelers at a nadir, prices have begun rising, with airfares on some international routes rising by tens of percentage points.

Such logistical concerns call into question how easily many will be able to get back to work when the crisis finally passes.

For Beth Kava, however, there is no question about her eventual return to Florida.

“I’ll go in for a long period of time,” she said. “I have to compensate for not being there for two months.”

Coronavirus deals a blow to some of Israel’s ‘commuter’ immigrants