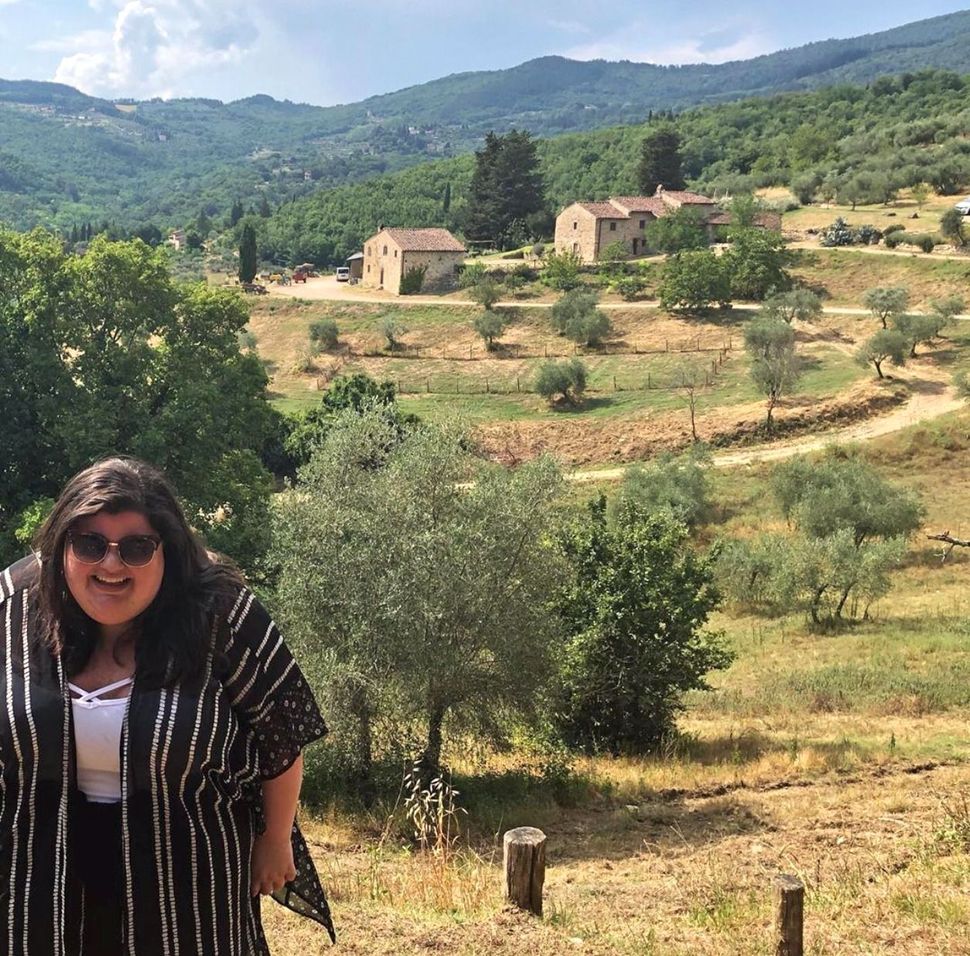 (JTA) — When Alison Schwartz set out to find a gift for her best friend’s wedding in 2018, she did it with her trademark creativity and fastidiousness.

The idea was to make a 42-square-foot quilt with all 1,450 words of the couple’s wedding vows hand stitched on the underside. But Schwartz was a perfectionist, and when the quilt arrived with an error, she sent it back. And then sent it back again when the second attempt also fell short.

It took a year, but she finally delivered Jared Misner and his husband the finished product — devoid of errors.

“That encapsulates Alison in multiple ways,” said Misner, who has known Schwartz since they were freshmen at the University of Florida.“She gave this quilter the same amount of slack she would have given herself, which is to say zero. She was a wonderfully compassionate and ruthless editor. And she was the most generous gift giver you can imagine.”

Schwartz, who died April 28 of COVID-19 at the age of 29, worked at People magazine, where she started right after graduating from UF. A native of New York, Schwartz grew up in Wellington, Florida, just outside West Palm Beach.

A journalism major, Schwartz wrote for the student-run Alligator newspaper. A summer internship at People led to a full-time job offer, and Schwartz worked her way up to become director of digital platforms. Colleagues remembered her as a gifted writer and a joyful colleague in a series of remembrances on the magazine’s website.

But it was her thoughtfulness and care for her friends that Misner was most eager to discuss in an interview with the Jewish Telegraphic Agency. One of the last things she did before going into the hospital was send a gift card to a college roommate who works as a nurse in Florida, which the roommate then used to buy masks for her hospital staff. During one of the few moments of consciousness while she was in the hospital, she wrote a message on a chalkboard to tell a friend that she hadn’t forgotten her birthday, Misner said.

“For everybody else in the world, that would be an extraordinary thing to do,” Misner said. “But for her, that was very ordinary.”

Schwartz is survived by her parents, Robin and Richard Schwartz, and a brother, Adam. A scholarship was established in her memory at the Dreyfoos School of the Arts in West Palm Beach.