Zoom will help create ‘one grand community’ this Shavuot 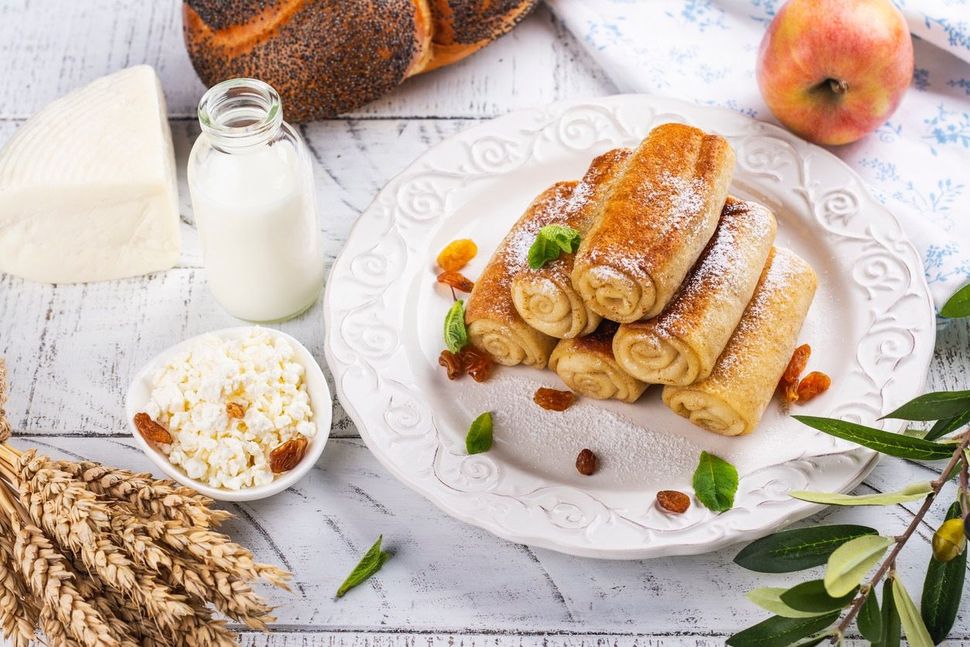 Across North America, community-wide Shavuot study programs have long bridged organizational divides, building Jewish community over Torah study and cheesecake. Today, the global pandemic precludes these in-person gatherings. Instead, organizations are using virtual technology platforms such as Zoom to achieve the same goals. A slew of innovative Shavuot programs are planned that will expand the offerings of communal evening Shavuot study, or tikkun leil Shavuot, beyond what organizers could ever have attempted before.

“Over the years, we have tried to change Judaism and expand community beyond the synagogue walls,” said Cantor Lorel Zar-Kessler of Congregation Beth El in Sudbury, Mass., who coordinates suburban Boston’s annual MetroWest Community Tikkun Leil Shavuot program. This year, she said, “Our purpose is to bring the traditions of Shavuot together in the 21st century as a community and somehow, over Zoom, become one grand community in celebration of Torah.”

This year, that means a Zoom cheesecake party will replace the usual cheesecake break, and the keynote speaker will be Rabbi Naomi Levy, founder and leader of the spiritual community Nashuva, Zooming in remotely from Los Angeles. The program will include an evening service and sessions featuring traditional Torah study as well as spiritual movement and musical workshops taught by clergy and lay volunteers from the 12 participating egalitarian synagogues, a local day school and local Jewish organizations.

One drawback of this technology, though, is that many observant Jews do not use electronics on Shavuot. For more than a dozen years, Pittsburgh has held a community-wide Tikkun Leil Shavuot at the JCC in the Squirrel Hill neighborhood — typically attracting more than 500 attendees and teachers, from secular to ultra-Orthodox.

“We realized that the community would be very bereft not to have this opportunity and there was no possibility to do this in person,” said Rabbi Danny Schiff, foundation scholar at the Jewish Federation of Greater Pittsburgh and Tikkun Leil Shavuot coordinator.

This year, Pittsburgh will hold “A Night of Virtual Learning: Tikkun Leil ONLINE” prior to Shavuot on Wednesday, May 27. As always, it will include 22 sessions with local rabbis and Jewish thinkers and a separate teen track. Participants are invited to post online pictures of their cheesecake creations using hashtag #PGHTikkun2020.

“The most important thing to remember is that Torah is eternal and we are never stopped by circumstances from coming together and learning as a community,” said Schiff. “Despite the difficult circumstances we find ourselves in, that determination is powerfully alive in Jewish Pittsburgh.”

The use of virtual technology enables Chicago’s Lakeview neighborhood to expand its longstanding Tikkun Leil Shavuot to the Hyde Park and Downtown neighborhoods with participating organizations spanning from Reform to Orthodox denominations, post-denominational, to young adult communities.

An initial challenge was how to accommodate the community’s diverse needs and religious observance levels. “We are always mindful to do something that is acceptable to everyone in the community,” said Cantor Elizabeth Berke of Anshe Emet Synagogue.

The solution: Pre- and post-Shavuot Zoom programming beginning with a pre-Shavuot Rabbinic Roundtable, “Standing at Sinai in the Age of a Pandemic,” with Rabbis Michael Siegel, David Russo, and D’ror Chankin-Gould of Anshe Emet. The synagogue will also hold livestream Shavuot services, as well as adult and youth programming, including “Tikkun L’il” for families with young children.

On Saturday evening, post-Shavuot community programming will kick off with Havdalah and a live discussion among Chicago rabbis about eating dairy on Shavuot, based on the text Mishnah Berurah 494:1. The discussion will compare today’s situation with the different reality that the Israelites faced after Sinai, including adjusting to the laws of kashrut. The evening will conclude with late-night learning sessions on such topics as: “God as Partner, Theology in the Time of Pandemic” and “Is this a Shehechiyanu Moment.”

In St. Louis, “Shavuot STL @Home and Together at Sinai” will begin with “Three Days to Sinai,” workshops taught by local rabbis and educators. The event will culminate in a Zoom community Tikkun Leil Shavuot program on Thursday night, May 28th with candle-lighting, kiddush, and learning, including the opportunity to purchase in advance cheesecake from a local bakery that will donate part of its proceeds to the community’s Harvey Kornblum Jewish Pantry.

“The exciting thing about this is how quickly the entire Jewish community in St. Louis gathered together to figure out a way that will be meaningful for all the denominations to allow all of the Jews in St. Louis to participate,” said Debbie Bram, director of Jewish life and learning at Congregation Shaare Emeth (Reform) and member of the planning team.

COVID-19 has inadvertently created a global Tikkun Leil Shavuot community where communities such as Temple Israel of Boston, which is hosting a 25-hour Zoom Tikkun, can reach out beyond their local geographies for instructors.

Another example is DAWN, an all-night digital cultural arts festival co-sponsored by the arts and culture non-profit Reboot and the Jewish Emergent Network. DAWN will feature music, comedy, food, learning and conversation by leading artists, rabbis and thinkers.

The teaching roster at this year’s Paul Feig z”l Tikkun Leil Shavuot at the Marlene Meyerson JCC in Manhattan features international luminaries such as Anna Winger, the creator of Unorthodox; the Zohar scholar Daniel Matt; and teachers who will lead online sessions ranging from Torah study to Harry Potter as a sacred text. Rabbi Abigail Treu, director of the JCC’s Center for Jewish Living, expects this year’s attendance to far surpass the usual 3500 in-person gatherings.

The Conservative and Reform movements have also jumped on the virtual bandwagon. “By providing this technological alternative we are taking the pressure off the community to meet in person and keep people healthy and safe. This is a very challenging time for us and studying Torah is a sort of spiritual strength and comfort,” said Rabbi Jacob Blumenthal, who heads the Conservative movement’s Rabbinical Assembly which is livestreaming “Tikkun Leil Shavuot: Torah from Coast to Coast” on Thursday evening, with teachers from the U.S., Canada, and Latin America.

The Reform movement’s Tikkun Leil Shavuot celebration – a partnership of the Union of Reform Judaism, Hebrew Union College, and its rabbinical and cantorial associations — will include Torah learning, music, and prayer, as well as video teachings based on the new book, Inscribed: Encounters with the Ten Commandments. “We really hope that we are sharing the idea that Torah is enjoyable, meaningful, and that we are able to utilize technology that can deepen the meaning of Jewish observance,” said Rabbi Leora Kaye, who directs URJ programs.

While potentially encouraging broader participation, Zoom enables virtual Tikkun Leil Shavuot hopping across geographical boundaries and time zones. During a 12-hour period, for instance, a Boston resident can celebrate Shavuot in Israel and across the U.S.

“In this new world, congregations can participate in multiple lanes. You can go from one synagogue to another for an event,” said Rabbi Noah Farkas of Valley Beth Shalom in Encino, California. VBS will livestream Shavuot services and conduct workshops, while also participating in the Conservative movement’s Tikkun Leil Shavuot program and “Jew It at Home,” a collaborative LA-initiative where he and Senior Rabbi Ed Feinstein will examine the theme of disruption during the session, “Sacred Place and Sacred Space.”

“Zoom and related technologies are creating a new kind of community in which the national and the international enhance and even surpass the local,” said Rabbi Jeffrey Salkin of Temple Solel in Hollywood, Florida, and incoming rabbi at Temple Israel of West Palm Beach, who will teach a session on Leonard Cohen at the Manhattan JCC. “It is almost as if the past three decades and developing social media has prepared us for this dark, challenging moment in American history.”

Zoom will help create ‘one grand community’ this Shavuot