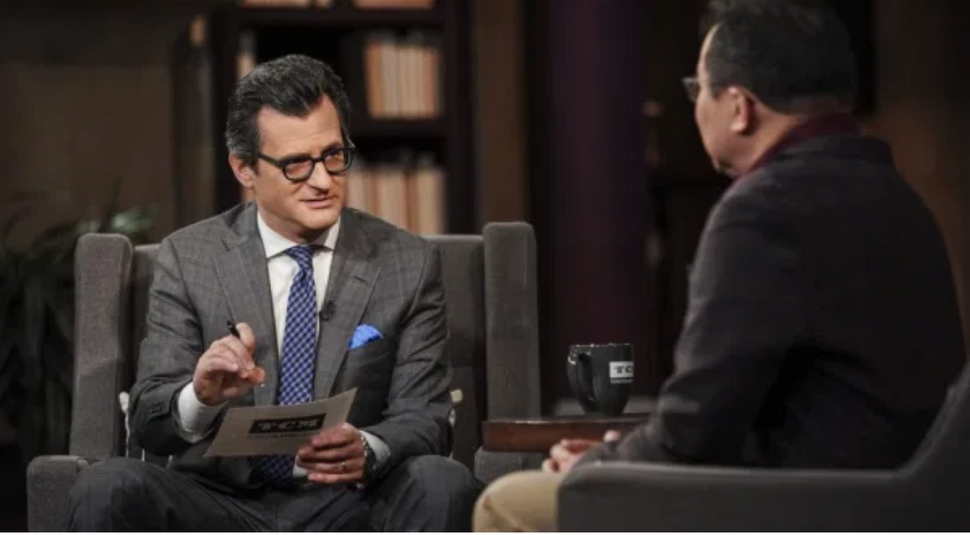 Ben Mankiewicz on the TCM set Image by Courtesy TCM

If the name ‘Mankiewicz’ sounds familiar, you might be remembering Frank Mankiewicz, RFK’s presidential campaign press secretary who subsequently served as a President of NPR. Or Herman J. Mankiewicz, who wrote Citizen Kane with Orson Welles. Or Joseph L. Mankiewicz, Oscar-winning director, screenwriter, and producer, or screenwriter Don Mankiewicz. Dive into Wikipedia and you’ll be swimming in Mankiewiczes.

For Ben Mankiewicz—son of Frank, grandson of Herman, great-nephew of Joseph, nephew of Don—his work as an on-air host at Turner Classic Movies (TCM) continues his family’s significant legacy in politics, journalism and film, sometimes at the same time.

As the quarantine stretches on in one form or another, sending people to their screens for comfort and distraction, TCM has elevated Mankiewicz’s role, and profile.

For Mankiewicz, the moment recalls the original purpose of movies during the Great Depression ––”a chance for people to forget their troubles for 90 minutes and be transported somewhere else; that is as relevant today as it was during the Depression.”

TCM’s new series, “The Essentials with Brad Bird,” which Mankiewicz hosts, recently featured Singing in the Rain, Ace in the Hole and The General, films which may help keep people company during tough times. Casablanca is another film that already has significant emotional weight for many, but may be additionally resonant now. After all, it was the story, Mankiewicz said, of, “a bunch of people coming together to fight a common enemy, believing in each other and willing to make sacrifices for each other.”

During a Zoom interview with Mankiewicz, The Citizen Kane Book is positioned over his shoulder. It contains Pauline Kael’s book-length 1971 New Yorker essay about the classic film and Mankiewicz’s grandfather Herman’s contributions, as well as the shooting script, credited to both Mankiewicz and Welles.

Their contentious relationship during the creation of what many consider to be the greatest movie ever made is the subject of the upcoming movie, Mank, from director David Fincher.

“Citizen Kane is without a doubt Orson Welles’ movie,” Mankiewicz said and “changed the way movies were directed.” But, he pointed out, “Orson wanted to have done everything and he’s certainly a great writer, [but] he never wrote things like that.” He also noted that it was Welles’ “sheer force of will, cunning, brilliance and doggedness that got the movie made” and that Welles gave “this unbelievable performance,” but Mankiewicz wants to make sure his grandfather also gets his due. 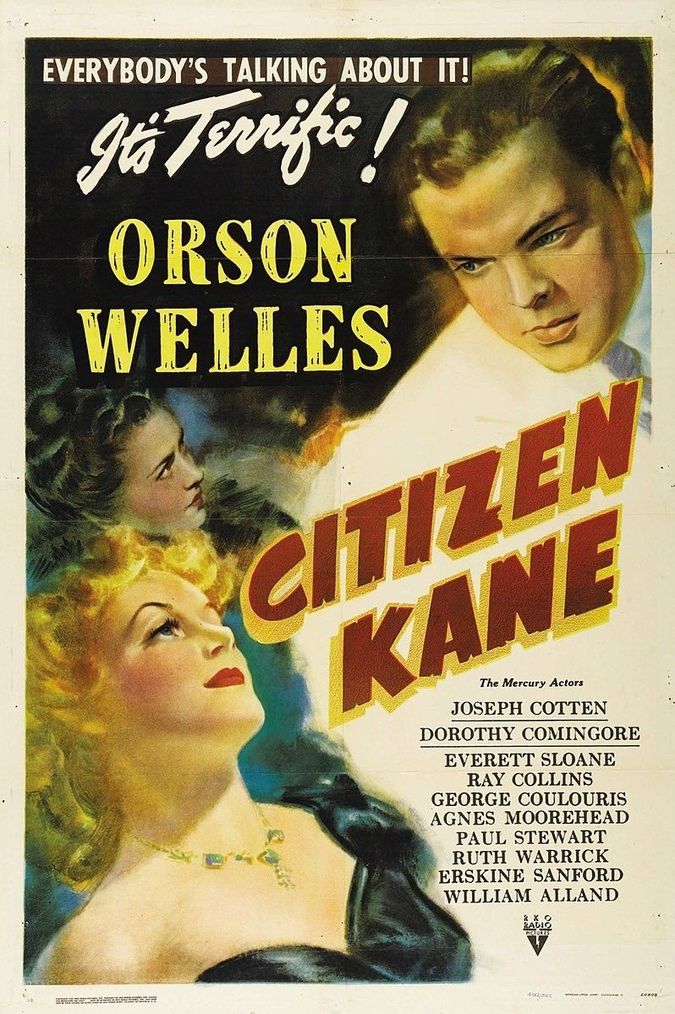 “It’s Orson Welles’ movie, period. Herman Mankiewicz wrote it. I live with both of those things being true,” said Ben Mankiewicz of the 1941 classic Citizen Kane. Image by wikicommons

“It’s Orson Welles’ movie, period,” he said. “Herman Mankiewicz wrote it. I live with both of those things being true. My father felt an intense connection to it and an intense desire to defend his father as to who deserves most of the credit for writing it. Now that my father’s gone, it’s my job to take up that mantle and defend my grandfather.”

A lesser-known Mankiewicz controversy surrounds Herman’s 1933 script for The Mad Dog of Europe, a “barely disguised” anti-Hitler movie (the protagonist was named Adolf Mitler) that was never made. Sydney Ladensohn Stern, author of The Brothers Mankiewicz: Hope, Heartbreak, and Hollywood Classics (Hollywood Legends Series), explained in a December 2019 piece in Commentary that the film met with opposition from Jewish organizations, including the Anti-Defamation League, who “feared it would provoke accusations of Jewish warmongering, and they worried that if it failed commercially, it would demonstrate American apathy to Hitler or even pave the way for pro-Nazi films.”

“The great news is that Goebbels banned Herman Mankiewicz’s movies from release in Germany,” Mankiewicz said. “Banned by Goebbels and Hitler—that means you’re a good person. Later, my dad was on Nixon’s enemies list. He knew his father would be incredibly proud of him being on Nixon’s enemies list, and he was proud of his dad for being banned by the Nazis.” There were many Jewish directors and writers in important positions in the studio system, Mankiewicz said, but “most of them had to, if not hide it, hide that it mattered, that part of their identity. They felt very strongly, ‘we can’t let our Judaism influence the tone and texture of the art, of the films,’ because they knew they were succeeding in a world rich with anti-semitism.”

After the war, the House Committee on Un-American Activities investigated and blacklisted many suspected of communist ties, including leftist Jews, Mankiewicz said, calling attention to the many blacklist-related books on the shelves visible on Zoom behind him. The blacklist was an example of Hollywood’s “shameful” behavior, and that in appeasing the Committee, they were “catering to anti-Semites who lived and breathed outwardly in powerful positions“ in the Congress and throughout the country, said Mankiewicz, who also co-hosts “The Young Turks,” the online political show he co-founded with Cenk Uygur in 2002.

Now, he said, “you don’t have to cover up Judaism. That’s obviously significant progress.”

Over the years, his own attitude toward Judaism has changed fairly dramatically, Mankiewicz said.

“I was ignorant of it, and rejected all organized religion from the moment I could reject it. ‘Chosen people’ made my skin crawl for a long time.”

His dad grew up in an observant Jewish household, and his mother had grown up Mormon but left the church, Mankiewicz said, referring to her as “a great Jewish mother, she just wasn’t Jewish.” She was agnostic and secular, he said, but identified with Jewish culture. While others had “legit Jewish mothers,” he said, “my mother was better at it.”

In his thirties, Mankiewicz said he grew increasingly aware of anti-semitic persecution around the world and interested in World War II history, two paths that led him to a deeper interest in and cultural identification with Judaism. Just before quarantine hit, he and his wife Lee had been considering checking out Venice’s Open Temple, out of a desire to provide some Jewish context and identity for their daughter.

“As well as anybody, Jews know the value of connecting to your past and connecting generationally with your family,” he said. “The great thing that TCM does is connect you to your history, whether it’s to your individual history of something you saw when you were young or to your parents.”

“That is the most important thing I think that movies do. I’m super lucky to be associated with it. I get to be the guy who talks about someone else’s work for two minutes before we show the movie — wow, that’s a great job.”