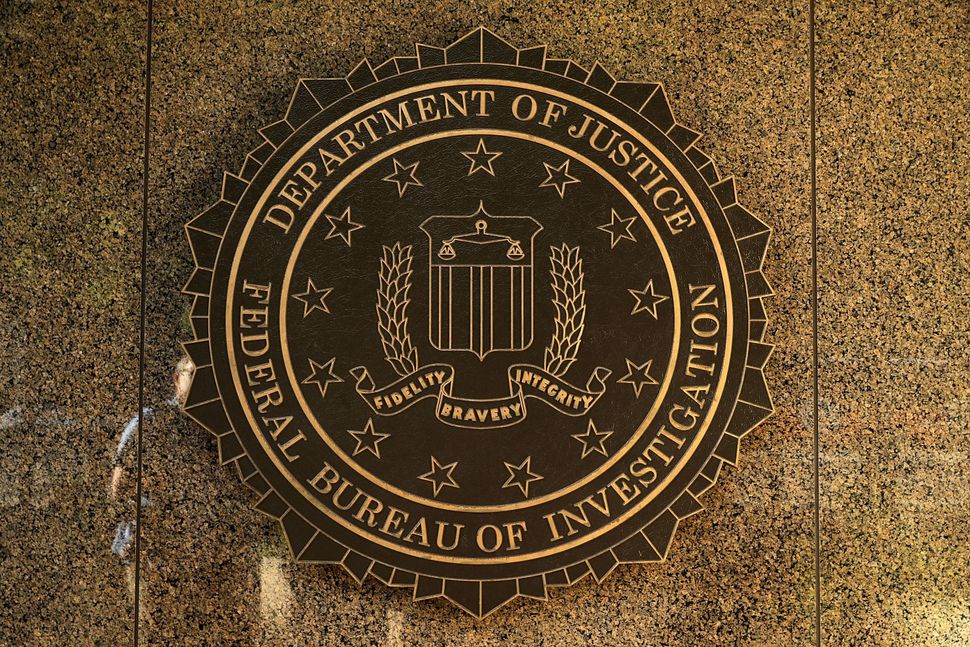 The seal of the Federal Bureau of Investigation hangs on the outside of the bureau’s Edgar J. Hoover Building May 9, 2017 in Washington, DC. Image by Chip Somodevilla/Getty Images

The Anti-Defamation League has hired a longtime FBI official as its new vice president of Law Enforcement and Analysis.

Greg Ehrie, who served 22 years with the FBI, is organizing partnerships with law enforcement offices across the U.S.

He spent a year in Israel for the FBI and led the FBI’s Newark office last December in the wake of the kosher supermarket attack in Jersey City.

Ehrie has a B.A. in Journalism and Mass Communication from Manhattan College and has received certificates from Northwestern University and Harvard.

He told Jewish Insider he has “a great affinity” for the Jewish community and “can’t think of a better organization” to join after leaving the FBI.

The ADL serves more law enforcement officials than any other non-governmental organization for training to combat extremism, according to the group’s [website(https://www.adl.org/who-we-are/our-organization/signature-programs/partnering-with-law-enforcement)]— about 150,000 people have received training over the last 10 years.

The hire comes amid high tensions between local communities and law enforcement after the police killing of the unarmed black man George Floyd in Minneapolis.