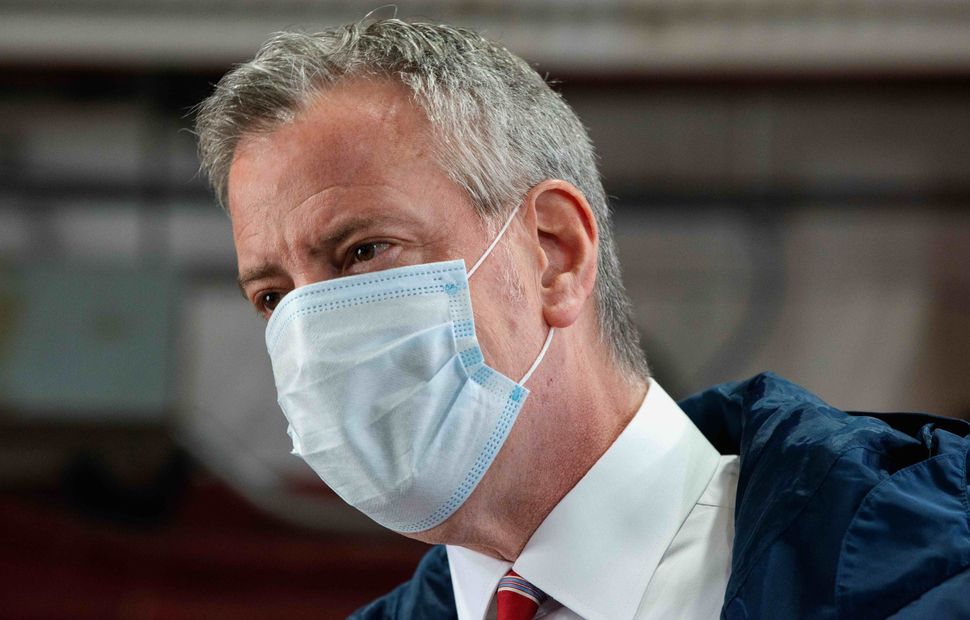 New York City Mayor Bill de Blasio addressed why city police have kicked dozens of Hasidic families out of Brooklyn parks over the past several weeks, even as protesters taking to the streets over the police killing of George Floyd have been allowed to gather in public, decisions that drew fierce criticism from the Orthodox world.

NOW: The NYC Parks Department Police is currently in Williamsburg chasing children out of a park.

Today Gov. Cuomo said he OK’d the reopening of playgrounds, He urged officials to make the move if the data supports the change. Apparently, DeBlasio decided to keep the parks shut pic.twitter.com/AEVMqpYKif

De Blasio responded to a question posed at a news conference Thursday morning by Reuvain Borchardt, a reporter for Hamodia.

“How does it promote equality, Mr. Mayor,” Borchardt asked, “when protestors, who have already had nearly two weeks to be out in the street, are continually allowed to gather, while families – many are large families living in very small apartments, who have been shut in for months, and want to enjoy a hot summer day, are being expelled?”

De Blasio said he understood the frustration of large Hasidic families trying to find ways to entertain their children, but said that the health risks were too great to allow crowding in the parks.

“We had to get to the point of saying, look, out of an abundance of caution, the playgrounds just created too much of a risk to families, of the spread of the disease,” he said. “The last thing you want, or anyone wants, is a resurgence of this disease that then will lead to the restrictions being once again put back in place.”

De Blasio also defended the protests, which were themselves home to widespread and intense criticism of De Blasio over his handling of the marches, including from his own staff: “The moment that this city, this nation has gone through in the last two weeks or so is something very particular, very painful, very intense, very challenging, but also a moment where literally decades and centuries of the demand for change came forward, and real change is happening as a result.”

In an article reporting the exchange, the Orthodox media site Yeshiva World News made its feelings about the response clear: “HYPOCRITE: DeBlasio “Explains” Why Kids Kicked Out of Parks, And Thousands Can Protest.”