Lessons from our father, one bag of ‘fish’ at a time 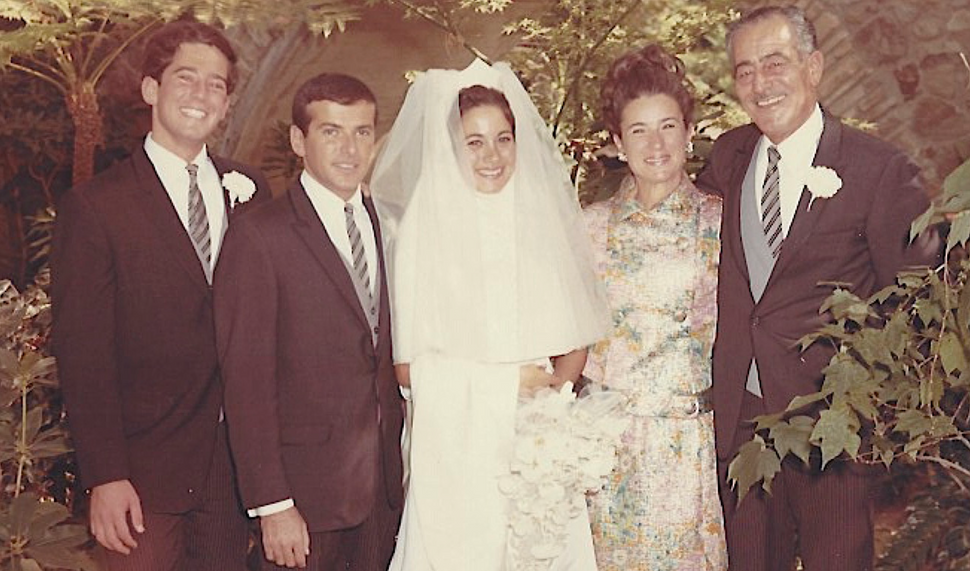 For Father’s Day, I recently spoke with Dena Schechter and Mel Levine about their father, Sid Levine, who died in 1995 at the age of 82. I had interviewed Sid years ago for the documentary, “Meet Me at Brooklyn & Soto,” about the East Los Angeles Jewish community where he grew up. He described the values he learned both from his parents and from a childhood in that ethnically mixed neighborhood. I was interested in how these values were passed down to Mel, a former Congressman and president of the Board of Commissioners of the L.A. Dept. of Water and Power, and Dena, cochair of the capital campaign of Jewish Family Service and former board chair of American Jewish University.

“The only reason to make money was so that you could give it away.”

“What we learned from an early age revolved around a combination of the importance of family and of Jewishness,” said Mel. “ and we inherited a commitment to tikkun olam. It was a given that communal service of one sort or another was to be a significant part of our lives. Dad really led by example. He didn’t talk about what he did. If something needed to be done, he’d do it.”

“Our father learned this from his father, Hyman Levine,” said Dena, “who believed the only reason to make money was so that you could give it away. One example of this was their purchase and donation in 1950 of the property for Cedars-Sinai Medical Center. Both our grandfather and our father, by their commitments, made it very clear to us that without giving back to the community, it’s all meaningless. These values were transmitted to us and have been passed on to our children.”

“Your father’s friends have been fishing.”

“Dad was passionate about doing all he could to help establish a Jewish State in Palestine,” said Mel. “In the 1940s, when I was about four years old, someone came to our front door and I ran down the stairs to open it. The person standing there was holding a gunny sack full of heavy objects and, as he pushed towards me, I was knocked backward. I didn’t know what was in the sacks, but I remember quickly being pulled away from the door.”

“Another day when I ran to answer the door, “ added Dena, “I was told to go back upstairs. When I asked, “Why?’ they said, ‘Your father’s friends have been fishing and they brought us a bunch of fish.’ These “fish” got stored in our basement wrapped in blankets.”

“When I was older, I found out what was in the sacks,” said Mel. “It was weapons that were being sent illegally to Palestine. My father was the Western states representative for the Haganah, and he was extremely active in helping Israel gain its independence.”

“One of his friends raised the money to buy the weapons,” Dena added, “and our father and a couple of his buddies smuggled them out of the US. A few times our dad was barely a step ahead of the FBI. He would get a phone call from a friendly Jewish judge who would say, ‘Sid, get lost.’ And Dad would disappear. 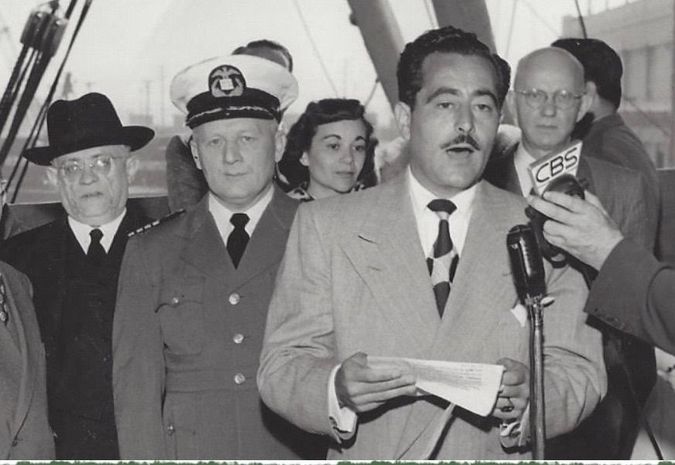 After Israel became a State and the US started shipping arms there legally, Sid Levine was interviewed by CBS. (Courtesy of Mel Levine )

“Shortly after I graduated from Harvard Law School, I became a legislative assistant to then-Senator John Tunney,” said Mel. “He wanted to know more about the Middle East and to show his support for Israel, and he asked me to come with him to Israel in 1972. On that trip, somebody who had been very involved with Haganah embraced me, and said, ‘You’re your father’s son. Without people like him, we would have never succeeded in establishing the State. He played a very important role.’”

“This is not going to end well.”

“At a relatively early age, I fell in love with baseball,” recalled Mel. “Before the Dodgers, there was minor league baseball in Los Angeles. The team that I loved was called the Hollywood Stars. They played in Gilmore Field. Their bitter rivals were the Los Angeles Angels who played in Wrigley Field in South LA.

“When I was about 10, we went to a Stars versus Angels game and there were two men sitting near us, rooting loudly for the Stars. After the game was over, my dad said to me, ‘How did you like the dignity that the Angels fan next to us showed?’ I said, ‘What do you mean? There was no Angels fan sitting there. They were both Stars fans.’ My dad said, ‘Don’t you remember when we got there and the two of them were arguing loudly and almost got into a fight?’ I said, ‘Yeah, that’s right.’ My dad said, ‘Well, the guy who you thought was an avid Stars fan was actually an avid Angels fan. And I said to him quietly, ‘This is not going to end well, and you should probably tone it down.’ My dad very quietly avoided what would have been a very unpleasant experience with his adept diplomacy. 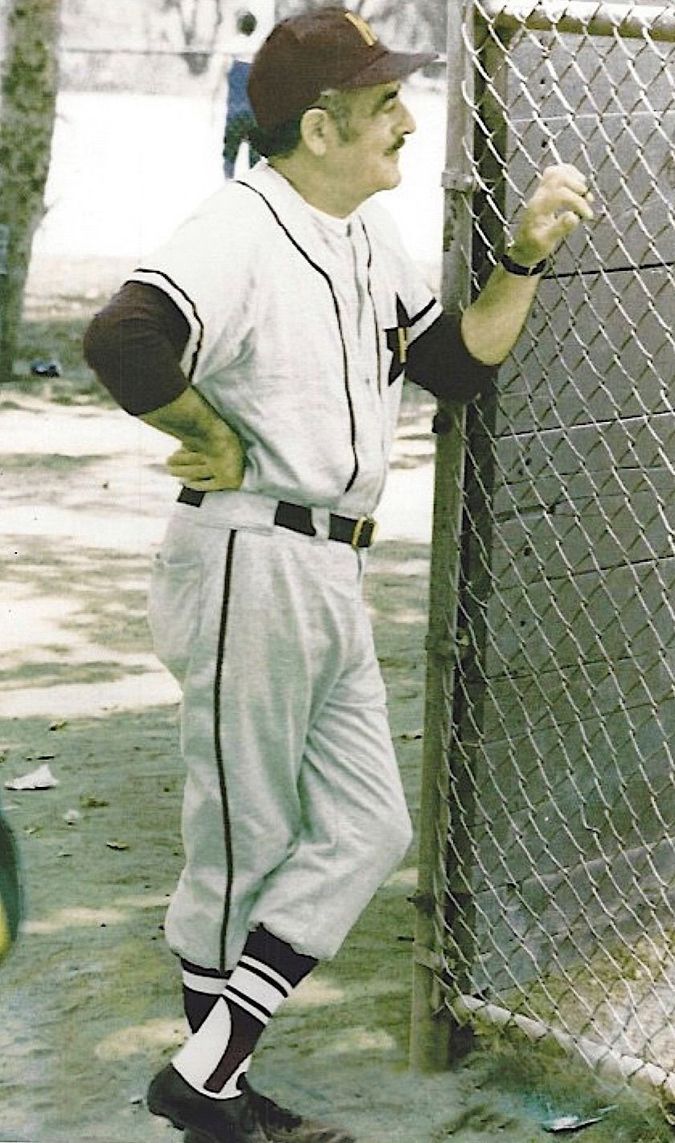 “The harder I work, the luckier I get.”

“Dad was a practicing attorney and also managed various family interests,” said Dena. “When my husband, Irv Schechter, started a talent agency 45 years ago , my father invited us to use space in his office suite. Eventuall,y we hired a receptionist and brought in other agents. When we moved to a larger space a few years later, w took my dad and some retired family friends with us.

Irv and my dad were very close. Irv has a plaque in the office which says, ‘The Irv Schechter Company, December 1975, dedicated with love to Sid B. Levine, father, chief counsel and mentor.’ They both came from immigrant families, valued family as the pillar in their lives and they understood the value of hard work. Dad used to say, ‘The harder I work, the luckier I get.’ 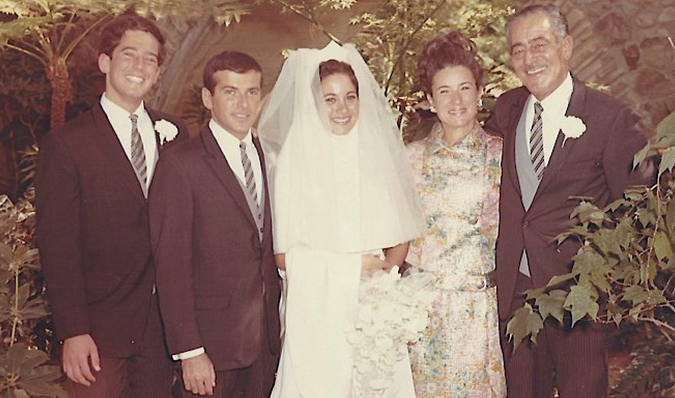 “After Dad watched as Irv and I grew our company, he decided I should take over managing his own business and the family interests. I spent a little over 10 years with him and have the benefit of it on so many levels. He taught me how to manage assets, and how to be a compassionate landlord with tenants. He always gave everyone the benefit of the doubt, and many people are in business to this day because of his trust. I think that encapsulates a lot about who my father was. The most wonderful part of those ten years was being his daughter, his partner, his mentee, his peer and companion all at once.”

“Our dad is still with us.”

“Dad was always there if you needed him, and I would say that he impacted everything that I have done as a father,” said Mel. “As I said, it was by example. I have tried to set the same type of example for my kids as he did for me.”

“In sum, our dad is still with us,” said Dena. “He is a touchstone, not just to us, but, like the proverbial stone thrown into a pond, his spirit reverberates in so many people and acts of lovingkindness.”

Ellie Kahn is an oral historian, recording the personal stories of older family and community members for future generations. She can be reached at www.livinglegaciesproductions.com and ekzmail@gmail.com

Ellie Kahn is an oral historian, helping families and organizations preserve their unique stories. She can be reached at ezkmail@gmail.com or via www.livinglegaciesfamilyhistories.com.

Lessons from our father, one bag of ‘fish’ at a time