Belozovsky has provided American Sign Language interpretation during the governor’s briefings on the coronavirus crisis.

Gov. Andrew Cuomo of New York has never met Arkady Belozovsky. Yet their faces have appeared inches away from each other on millions of television screens daily for the last few months.

Belozovsky, who came to New York 30 years ago as a Jewish refugee from the former Soviet Union, has provided American Sign Language (ASL) interpretation during the governor’s daily briefings on the coronavirus crisis and, more recently, the Black Lives Matter protests. The long, high-profile run is coming to an end, though: Cuomo announced Thursday that, as Politico put it, Friday would be the final episode of the daily Cuomo Show. 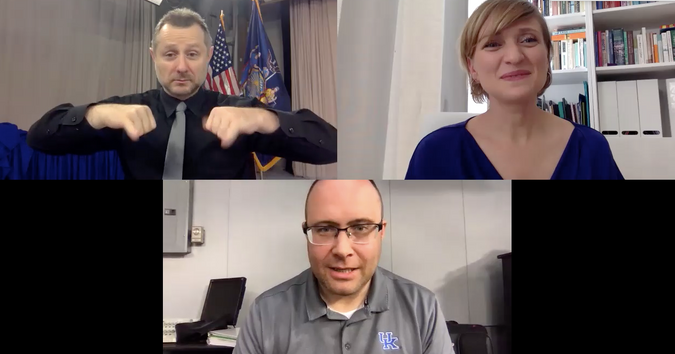 The governor’s blunt, no-nonsense style — punctuated by a strong New York accent — made his briefings must-watch events for many people even outside the state, especially in the early weeks of the pandemic. While the briefings helped push Cuomo to new heights of international fame, there was Belozovsky, signing away with intensity, his almost-theatrical facial expressions and body language perfectly matched to the governor’s delivery.

“I used to live in Brooklyn,” he explained in an interview. “That’s where I got to know the people, the culture, the way they talk, interact, the New York City accent, the dialect.”

Belozovsky was born deaf, so he cannot actually hear the sound of Cuomo’s voice — or those of his former neighbors in Brooklyn. What he’s referring to is the accent and dialect of the sign language used specifically by deaf New Yorkers.

It turns out that ASL, like English and other spoken languages, has a wide range of regional dialects. “So the sign for ‘pizza’, for example, can be different depending on where you live,” Belozovsky explained through a hearing ASL interpreter.

The process for bringing Cuomo’s briefings to a deaf television audience is more complicated than it might seem. Since Belozovsky cannot hear, he relies on what he calls a “feed interpreter” who is able to listen and then relays Cuomo’s words to him. Belozovsky, who is a Certified Deaf Interpreter (CDI), is trained to use a complex mix of ASL, facial expressions, and miming to communicate more subtle elements such as irony, nuance and style.

Why two interpreters? The hearing “feed interpreter” is usually someone who is not a “native” or “heritage” American Sign Language user. A native ASL interpreter, like Belozovsky, communicates with language that is clearer and more accessible — and it’s especially helpful for immigrants who may have difficulty understanding English. Belozovsky can relate. Together with his family, he came to the United States at 16 from Ukraine, where he said he experienced a double-dose of discrimination.

Both of Belozovsky’s parents are also deaf, and so were two of his grandparents. Three of his four children are deaf; the youngest is hard of hearing.

In a video chat, Belozovsky said that it was only after he moved to the United States that someone told him he should be proud of his deaf heritage — and his Jewish heritage. “Only slowly did I begin to gain enough courage,” he said, “to embrace my identity and learn more about who I am.”

While circumstances are much better in the U.S. than where he grew up, Belozovsky is often frustrated by the enduring misconceptions about what it means to be deaf.

“Most people don’t understand deaf people,” he said, “they think ‘oh, you’re disabled.’ I’m not disabled! The deaf community is a cultural, linguistic group. I’m not sick, I can do anything that anybody else can, except hear.” 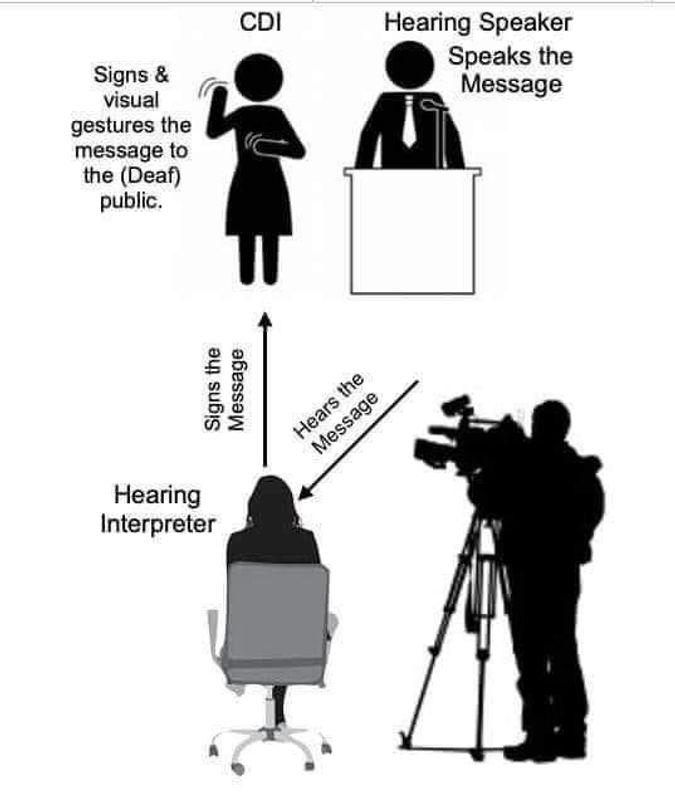 There is some irony in the fact that Belozovsky’s highest-profile gig has been with Cuomo, who only added live ASL interpretation after four deaf New Yorkers filed a lawsuit demanding it. A federal judge sided with the plaintiffs, and on May 11 ordered the governor’s office to immediately implement in-frame ASL interpretation for the televised feed. Two days later, Belozovsky could be seen in a small box on the bottom right of the screen.

Before then, deaf viewers were limited to watching Belozovsky’s interpreting on the state’s website, where he made his first appearance in late March. Until Cuomo announced on June 18 that he would be stopping his daily briefings, Belozovsy had not missed a single day. “If he could do it, so could I,” insisted Belozovsky. “We are both here to serve the public. It’s our responsibility to get the message to the deaf community.”

In addition to nearly three decades of experience as an ASL interpreter, Belozovsk advocates for empowerment of deaf immigrants, especially in the Russian-Jewish community. He has created a number of Russian Sign Language news programs, which he streams on Instagram and travels around the world giving lectures, workshops and tours for the deaf.

Cuomo’s ASL team has been working from a remote studio in Albany’s Empire State Plaza complex, while the governor often traveled to different locations around the state for his briefings. Belozovsky said he wished Cuomo would acknowledge the interpreters in the same way he introduces the rest of his team.

“I believe the governor doesn’t even know who I am,” he lamented. “It would be nice if he would ask my name, and maybe introduce me.

“Someday, I hope he will recognize our work.”

Marianna Evenstein is a Berlin-based writer, editor and anchor at DW News (Deutsche Welle), Germany’s international broadcaster. Her conversation with Arkady Belozovsky for this article was made possible by the virtuosic skills of his ASL “feed interpreter,” Jeff Harris.