Gamal Palmer was 9 years old when he marched into the local synagogue and demanded an appointment with the rabbi.

“His secretary looked at me, this little brown child, like, ‘What?’”

As the son of a white Jewish mother and a Black father, Palmer was used to these kinds of looks, the ones that consciously or unconsciously suggested he probably wasn’t in the right place. Palmer was undeterred.

“My mom is Jewish and that makes me Jewish,” he declared to the rabbi. “And I want to be Jewish, so what should I do?”

Unsure what to make of this assertive boy, the rabbi had only one question:

“Does your mother know you’re here?”

Thus began a Jewish journey that led Palmer eventually to Los Angeles, where today he serves as senior vice president of leadership development at the Jewish Federation.

But it hasn’t been an easy path: Palmer is what you might call the poster boy for intersectionality — the idea that there are overlapping forms of discrimination that compound oppression— because he is Black, Jewish and gay. There is almost no social circle in which he engages where he is not made to feel different. 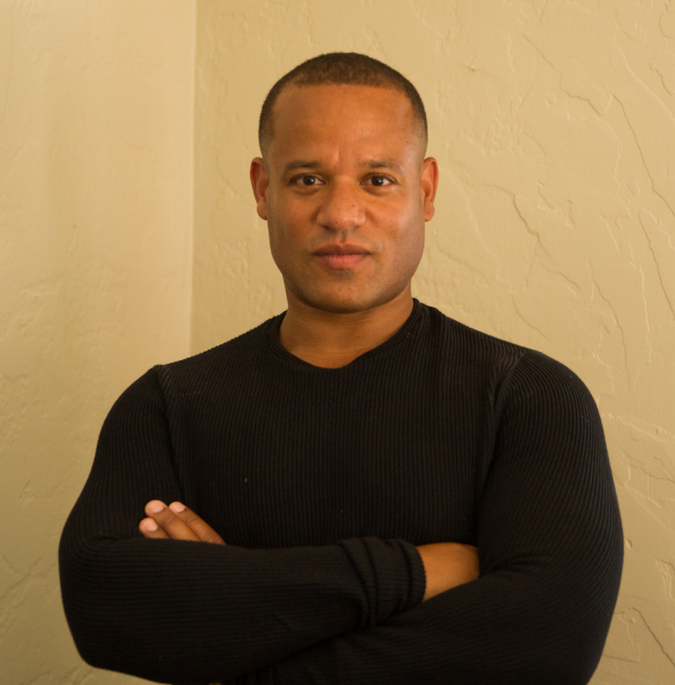 “I have to do a lot of work to navigate going to Jewish events and being in all-white spaces,” Palmer said, describing the snap judgments people make just by looking at him.

It is not uncommon for Palmer, a Yale graduate, to be mistaken for the car valet or the coat checker or some other employee. And then there’s the disproportionate number of times he is questioned by security – a staple in most Jewish spaces – because black males in America are often unjustly perceived as a threat.

“Racism is very prevalent in the Jewish community,” Palmer said, without getting emotional about it– because he’s used to it.

After so many years of being “otherized” in places he actually belongs, he said he’s internalized the effort required to make people comfortable with him. It’s like a secret language, the way he can put people at ease with their own prejudices. “It just becomes part of your personality,” he said.

Palmer was raised in the West Mount Airy neighborhood of Philadelphia, which he describes as a multiracial community and a uniquely integrated one, given the discriminatory housing realities that exist across America. 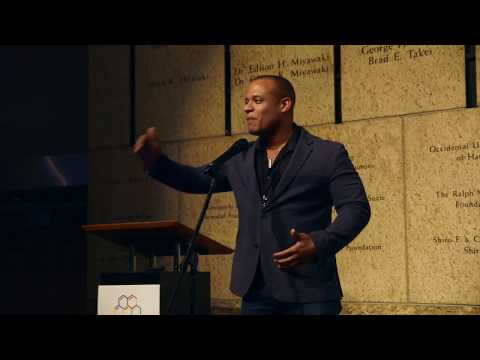 His father, Walter, a one-time gang leader, became a prominent community organizer and advocate who counted Jesse Jackson and poet Sonia Sanchez in his inner circle. His mother, Annet, a nurse and social worker, parlayed her medical background into community social impact work.

Though they split when Palmer was two, his parents instilled in their children a familiarity with political advocacy: Sit-ins and needle exchange programs were part of the family vernacular. By the time Palmer was in eighth grade, he had joined Full Circle Theater, a theater troupe that regularly performed in prisons.

But even as he modeled Jewish principles in practice, religious observance was not a part of his life. Family and communal tension stemming from his parent’s biracial marriage made it difficult to belong. And yet, Palmer remembers the years when his grandmother would visit during Hanukkah and how they would make latkes and light candles together. Other years his grandmother’s friend — Aunt Edna — would invite the family for Passover.

Palmer’s friend Solomon introduced him to the beauty of Shabbat dinner, but his exposure to the fullness of Jewish life was limited. For a while, Palmer even attended Christian Sunday school until instinctive doubts about the major tenets of the New Testament turned him off. One day, he decided to march down the block to the Germantown Jewish Centre and hang around campus. Before long, he developed the confidence to ask for a meeting with the rabbi.

“There’s a level of confidence required in order to be the ‘only’ of anything,” Palmer said of his multiple identities. He attributes much of his success to this confidence, which propels him to innovate and create when others coast on privilege. As a student at Yale’s School of Drama (which counts Meryl Streep and Lupita N’yongo among its alumni), Palmer created a theater for social change program, which brought Yale pre-med and public health students to Swaziland and South Africa. The Dean of the school was so impressed with Palmer’s work, he offered him an opportunity to attend the School of Management.

Becoming a Jewish professional was in some ways unexpected, Palmer said, but a Birthright trip to Israel deepened his connection to Judaism in ways that also made it feel natural. He fell in love with Israel even as he still reckons with unsavory aspects of the conflict. “It’s always complicated for me, especially as a person of color.” But he actually summed up the conflict quite simply: The creation of Israel, he said, “was unjust in some ways and very just in other ways.”

When he returned from the trip, Hillel professionals courted him for further involvement. “Now that I’m a J-professional, I totally get what their game was,” he said teasingly of their outreach efforts.

Today he sits on the boards of American Jewish World Service, Upstart and the Jews of Color Field Building Initiative. He also created The Diversity Gym, a coaching-and-conversation workshop focused on bias training in individuals and organizations which he has taught at multiple institutions around the country. Though he has been engaged in this work for years, he is heartened by the cultural and communal awakening to the racial justice movement that has taken place over recent weeks and months.

“I speak in hyperbolic ways often, but this is the first time I can say the world is literally changing,” Palmer said. He said it’s not a coincidence the movement is taking off during the global pandemic. “People were home, people were recalibrating, listening, meditating, raising their consciousness. Because what else can you do when you don’t have medicine or a vaccine and there’s this thing around you and you don’t know if it’s on your groceries or in your car?”

Palmer could be talking about COVID-19 or racism.

“I have mixed feelings about protesting during a pandemic,” he admitted, “but we’re fighting for something and it encourages me that people are willing to literally put their lives on the line.”

Though Palmer supports the cause, I asked him what he made of the early Black Lives Matter platform which called Israel an apartheid state and made reference to a Palestinian genocide, language that organizers have since been removed from the Black Lives Matter website.

“Coalition building is always messy,” he said. “What I know is that there have been certain people who have taken positions or made statements that are not helpful. And I know that top leadership from the Women’s March who were also involved in the Black Lives Matter organizing have reached out to Jews of color in national leadership positions, and they’ve been extremely receptive to understanding why some of that language and those positions are not workable and anti-Semitic.”

Black-Jewish relations, of course, have a complicated history. Though the two minority communities partnered during the civil rights movement, racial and class tensions later developed in some of the urban neighborhoods they shared. Ever since, their trajectories have diverged: While Jewish integration into America is more or less complete, the Black community continues to fight for greater equity and equality.

Despite that gap, there remain segments within both communities that are working to revive and reframe this long-running relationship. For Palmer, the way forward is simple: acceptance. Because it isn’t possible to cherry-pick preferred qualities in any relationship.

“If you want me here, you have to accept all of me.”