Zeev Sternhell in Berlin in 2016. Image by Alexander Bohm, wikicommons

Professor Zeev Sternhell z”l, one of Israel’s leading intellectuals and political observers, passed away in Jerusalem on Sunday at the age of 85. 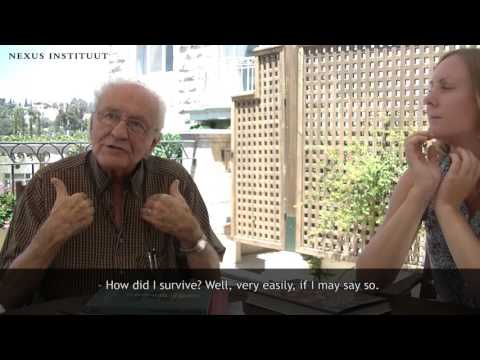 Later, his lens of observation expanded, as he traced the origins of anti-democratic ideas in Europe to the late 18th-century Enlightenment era in The Birth of Fascist Ideology (first in French in 1989 and then English in 1995) and The Anti-Enlightenment Tradition (2009). In his close examination of the deep European roots of fascism, Sternhell followed in the path of his teacher in political science at the Hebrew University, Jacob Talmon, whose 1952 book The Origins of Totalitarian Democracy made the counterintuitive claim that the Enlightenment was the font of both democratic and anti-democratic ideals. Talmon belonged to a cohort of mid-twentieth-century Jewish intellectuals—Salo Baron, Max Horkeimer and Theodor Adorno, and, most famously Hannah Arendt (who wrote a book called_ The Origins of Totalitarianism_ in 1951)—who challenged the benign and beneficent image of the Enlightenment, especially in the wake of the Holocaust.

Zeev Sternhell emerged out of this tradition. Like the elder generation, his interest in the roots of fascism was no mere academic matter. He knew its ravages first-hand.

He was born in Przemyśl, Poland, in 1935. His world was uprooted four years later by the Soviet invasion of eastern Poland followed by the Nazi take-over of the area. In the summer of 1941, the Germans embarked on Operation Barbarossa, the invasion of the Soviet Union and the beginning of the first major mass murder of Eastern European Jews, during which Sternhell’s mother and sister are killed.

He managed to escape to Lvov, where he survived the war with his aunt and uncle by pretending to be Catholic. After the war, he was baptized and became an altar boy in the Cathedral of Krakow, an experience that calls to mind the path of his close friend and erstwhile colleague in Jerusalem, the distinguished Holocaust historian Saul Friedlander.

In his extraordinarily eventful and tumultuous early life, Sternhell left Poland alone at age 11, making his way to France where he lived with another aunt. It was there that he found a home, becoming proficient quickly in French and immersing in a culture that gave him, as he noted in a 2008 interview, “a boundlessly deep appreciation for freedom, for human rights and for secularity.” He left behind his childhood Catholicism, reclaimed his Jewishness, and, at age 16, immigrated to the new State of Israel.

Throughout his life, Zeev Sternhell remained loyal to his adopted country. He served with pride as a commander in the Golani Brigade of the Israel Defense Force and fought in three wars. Once he even described himself as a “super Zionist” who believed that Jews had no less of a right to control their fates—or to a nation-state of their own–than any other group.

But loyalty, for him, did not mean subservience. As he had with France, in which he identified forces of both good and evil, Sternhell applied his critical analytical skills to Israel. In The Founding Myths of Israel: Nationalism, Socialism, and the Making of the Jewish State (published first in Hebrew in 1995), he traced the guiding ideology of the Labor Zionist movement that shaped the early state of Israel. He maintained that for Labor Zionists such as David Ben-Gurion, nationalist ambitions always trumped socialist ideals. He took a step further in arguing that “Israeli democracy has serious deficiencies, and its weaknesses, for the most part, are those of the pre-state Yishuv.”

Indeed, the founders of Labor Zionism “never regarded democracy, the separation—or rather division—of powers, the right to information, and the right to happiness and well-being as values in themselves.” In this regard, David Ben-Gurion’s policy of mamlakhtiyut, holding that all previously partisan interests must be subordinate to the state, was not a break from the past.

Menachem Begin’s victory in 1977, the famous upending or mahapakh of thirty years of Labor Party rule, was not a rupture. The template was set by the Labor Zionist leadership themselves in their single-minded project of nation-building already in the first half of the twentieth century. From this perspective, the Netanyahu Era too, with its marked erosion of democratic principles, was of a piece with previous Zionist and Israeli history.

Sternhell’s book elicited critiques and protests, both from defenders of Labor Zionism and from the Zionist right. As always, he was undaunted by threats. As always, he was keenly attentive to manifestations of chauvinism and extremism that he knew from childhood. He was particularly focused on the rise of extremism in the religious Zionist settlers’ movement, which mixed the old Zionist Machtpolitik with a new messianic certainty. And with good reason, for he became a target of vilification on the Israeli right—to the point that, in 2008, an extremist settler placed a pipe bomb in the entrance to his home, which went off and injured him.

In the same year as the bomb attack on him, Sternhell was awarded the Israel Prize in recognition of his manifold contributions to scholarship and to Israeli society.

In the subsequent decade, he gave powerful voice to his concerns over anti-democratic trends in Israeli society, often in the pages of Haaretz. He marshaled his great erudition to draw on the past as a way of cautioning against the resurgence of fascism in the present. It is fitting that he was appointed, in 1989, to the Léon Blum Chair of Political Science at the Hebrew University. Akin to Blum, the Jewish politician and French Prime Minister, Zeev Sternhell remained faithful to the ideal of France and its republican values of liberty, equality, and fraternity. At the same time, he never surrendered his insistence that Israel, his home for nearly seventy years, must uphold those same values.

Zeev Sternhell is survived by his wife, Ziva, a distinguished art historian, and his daughters Tali and Yael, an historian of the United States at Tel Aviv University.

David N. Myers holds the Sady and Ludwig Kahn Chair in Jewish History at UCLA, where he directs the Luskin Center for History and Policy.