‘Give me a syringe full of movies!’ My life with Joel Schumacher 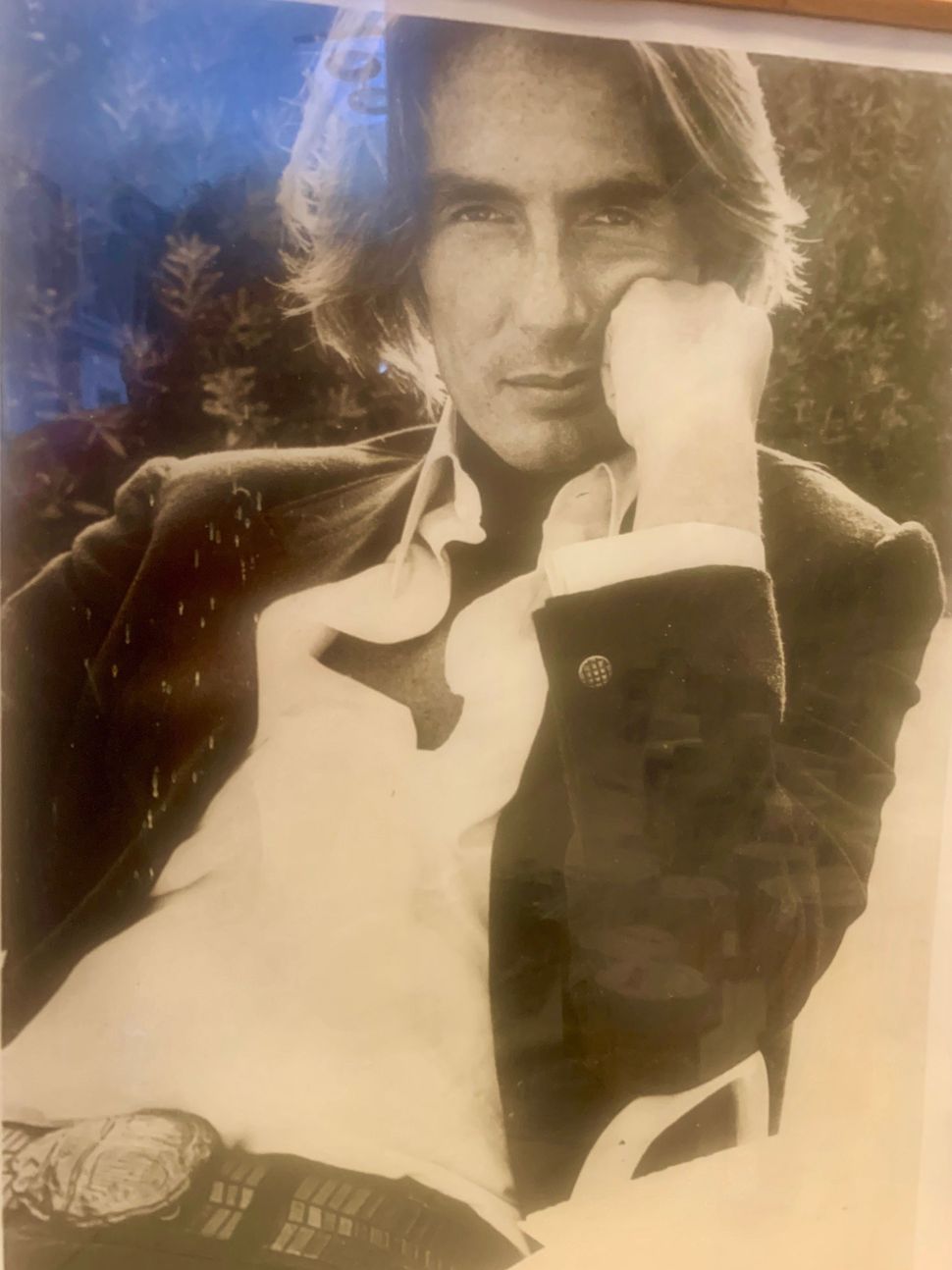 Joel Schumacher in the 1970s Image by Howard Rosenman

Joel Schumacher and I loathed each other from the start.

It was 1968, I was walking up Madison Avenue with a friend and I saw this guy coming down the street who was wearing a long camel hair coat. He had long, long hair, a turquoise belt and a black turtleneck.

“That’s Joel Schumacher—stay away from him. He’s poison.”

Joel died June 22 in New York City, 80 years old. His death was sudden and unexpected to those of us who knew and loved him. For me, it brought a flood of memories.

Joel had a phenomenal rise in the fashion world. In 1965, he graduated from Parsons after having studied at the Fashion Institute of Technology. He helped create Paraphernalia with Betsy Johnson and worked with Halston on his first dress collection. Joel was the star of the jeunesse dorée of New York at the time. He later became a designer for Charles Revson and became the head of all the design at the Revlon Empire, making $150,000 a year in 1966 with a car and driver.

But he hated the world of fashion. His dream was to make movies. Then his mother, Marian Kantor, a Swedish Jew who raised him as a single mother in Long Island City, died. Joel descended into a world of alcohol, drugs and promiscuous sex. I met him in that phase. 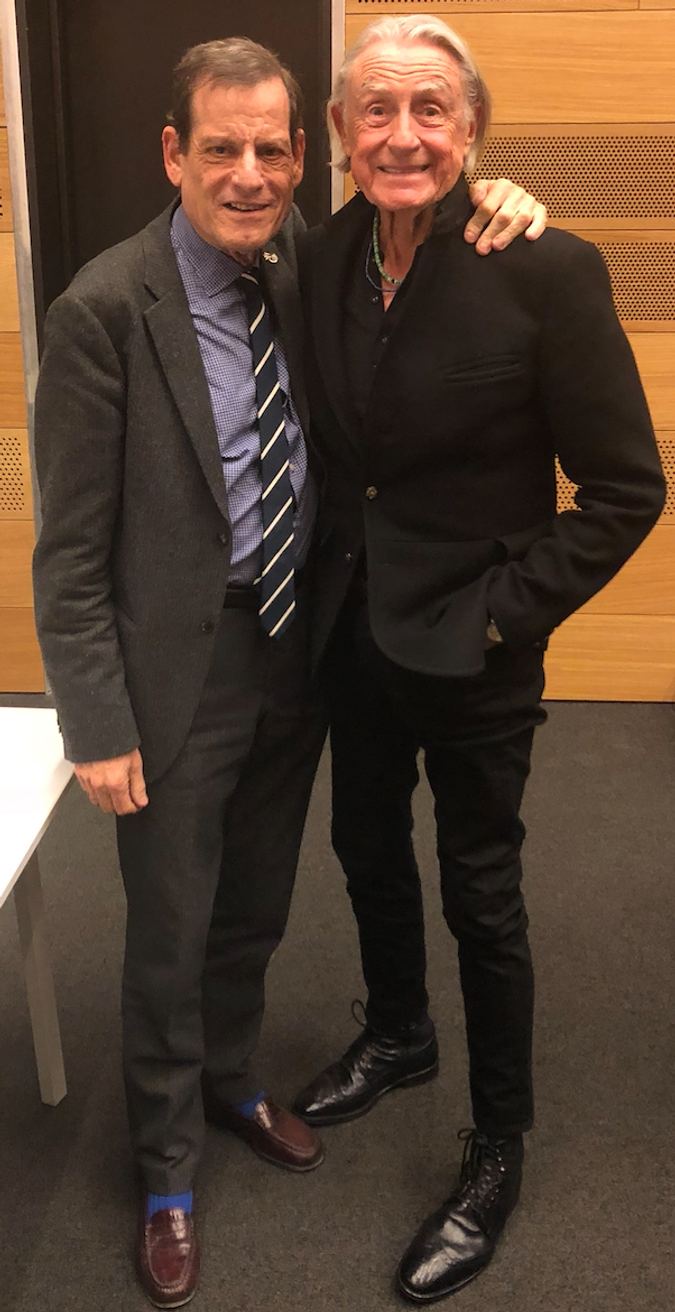 I saw him one night high as a kite and approached him asking if there was anything I could do to help him.

Six months after that encounter I had a friend on Fire Island who invited me for brunch. “I want you to meet this guy,” he said. “He wants to make movies just like you do.”

In walked Joel Schumacher. We immediately began talking about making movies. It was a hot summer day in July and we were both soaking in the sun. We started talking about our dreams in Hollywood.

A Jewish conversation for Pride Month. Jodi Rudoren, editor-in-chief of The Forward, will be joined by a panel of thought leaders to explore how far LGBTQ people have come and what happens next. [Click here(https://us02web.zoom.us/webinar/register/WN_TcUKYOHrRa6gzL3KQszQ_Q) to Zoom with us tomorrow, June 30 at 12:30 p.m. EDT.

He was the most charming, the wittiest, most handsome and by far the most articulate raconteur ever to grace a dinner party. In those days in New York and Hollywood, people had tons of dinner parties, and Joel was the most in- demand guest.

Joel was living with Liz Smith. They both had no money and were living in a small apartment on 63rd Street between Park Avenue and Lexington. I was already working at Benton & Bowles. I had a credit card. For two years I took Liz and Joel to a little hole in the wall Chinese restaurant across from Bloomingdales on the second floor. Liz was ghost writing a column for Cholly Knickerbocker – very much in the background. Then one day in 1976 she was hired to write a gossip column for the New York Daily News and in an instant became the most powerful gossip columnist in America. Naturally she wrote about me and Joel every day.

In 1970 the legendary Geraldine Stutz, who had brought the concept of the Street of Shops to Henri Bendel’s on 57th Street and Fifth Avenue, hired Joel to decorate the windows, a job he had when he first came to NY in the early Sixties.

On Monday nights Joel would decorate these windows and they became legendary performance pieces. The whole fashion world would come down to watch Joel do these windows. One night, Joel was decorating a window at Bendel’s. He took these mannequins, which all looked like Eisenhower-era Donna Reeds, and dipped them in tubs of various shades of coffee. They came out as these multi-shaded, multiethnic types. This was in 1969 – way before Benetton.

Joel then twisted these mannequins into various shapes and he would dress them. That night he dressed the girls in three red dresses. There was a sequin on the floor. I picked it up and said: “This is the movie that we’re going to make—look!”

The sequin glinted in the light. “We’re going to make a movie called ‘Sparkle’ about three black girls in red dresses,” I said. “I’m going to produce it and you’re going write it.”

Eventually I sold it to Peter Brown, who now represents the Crown of England as well as Andrew Lloyd Weber. Peter loved the story, and in his impeccable British accent he said, “Well this is lovely…we must make this movie.”

Movies now became Joel’s DOC – his Drug Of Choice. Peter then put up $150,000 – a lot for that time—and we hired a writer to write the script, Lonnie Elder, who had just written Sounder, one of the first African-Americans to be nominated for an Academy Award. The script came in and unfortunately it wasn’t very good.

By this time, I went out to Hollywood to make TV movies for Barry Diller, Michael Eisner and Deanne Barkely at the ABC Movie of the Week. I introduced Joel at this time to Dominick Dunne who was producing “Play It as It Lays” the Joan Didion novel. Joel became the costume designer. I then introduced Joel to Steven Sondheim who was writing “The Last of Sheila.” Joel did the clothes for that movie. Then Woody Allen saw that movie and hired Joel to do the clothes for “Sleeper” and then “Interiors.” Joel and Woody got very close.

I asked Joel to do the clothes for my first TV Movie at ABC “Isn’t It Shocking” starring Alan Alda, Ruth Gordon and Louise Lasser. Louise was married to Woody Allen at the time so Joel and Loise got Woody to throw a viewing party at his incredible 5th Avenue apartment overlooking Central Park.

My next movie was “Killer Bees” starring Gloria Swanson who plays the “Queen Bee” in a dynastic family who has powers over all the bees in the area. It was shot at the Von Lobensel Winery in the Napa Valley and directed by Curtis Harrington. I asked Joel to become the production designer.

Joel’s sensibility was clean and modern. Curtis had a baroque-rococo aesthetic. Two artistic and creative worldviews could not be further apart. One day we were shooting in a church. Curtis had the most ungepatchged and cluttered vision of the church.

Joel, who was a lanky 6’3” with long flowing hair, came to the set, and when he saw this baroque set filled with hundreds of religious tchatchkas, bent over all the tables and lecterns and with one sweep pushed them all to the floor and turned to Curtis and said “Curteen: Less is more!”

By this time, I really wanted to make “Sparkle.” Joel wrote the screenplay and eventually I sold it to Warner Brothers. And I wanted Ashford & Simpson to do the music. I loved Ashford & Simpson, “Ain’t No Mountain High Enough” and so many of the great Motown songs.

After a few months Joel handed me a script that was 200 pages long, and we went to see John Calley at Warners.

“I’ll tell you what—you have to use Curtis Mayfield for the music and you’ll make the movie for $1.2 million,” he said.

Joel and I took a long walk around Warner Brothers. I loved Ashford & Simpson so much I couldn’t give them up.

The movie was our motor into Hollywood.

I asked Deanne to become our partner when Robert Stigwood hired me and Ron Bernstein to run RSO Films, Robert’s new production company in LA. Robert had just produced “Saturday Night Fever.” The first thing Deanne did was to hire Joel to rewrite and direct “Virginia Hill.” Ms. Hill was the notorious Bugsy Siegel’s lady. He was part of the Mafia that built Las Vegas. We got Dyan Cannon to play Virginia and Harvey Keitel to play Bugsy, and we shot it in twelve days for $425,000.

At one point, Joel was giving the lighting crew instructions on how to set up a scene taking place in a small dining room with windows on each side. Joel said, “I want light pouring in from every window.” The cinematographer, the esteemed Jack Woolf said, “You can’t do that. Light comes from one source.” Joel, who was literally directing for the first time, turned and looked at Jack.

“OK,” he said. “I’m leaving. You can direct,” and he walked out. Guess what? Jack had light pouring in from every window, and the scene looked gorgeous.

Joel’s legacy was variegated. From “Phantom Of The Opera” to “Falling Down” to the iconic “Lost Boys” to the Brat Pack’s “St. Elmo’s Fire,” Flatliners,” “The Client,” the massive hit “A Time To Kill” to “Flawless,” “8mm” and “Tigerland,” when he consciously made the decision to only direct small indies.

He directed in every genre and had big, big hits and became the highest paid director in the history of Hollywood with the “Batman” movies. He directed “Batman Forever” which became a huge hit. At that point Joel owned Hollywood and became the go-to guy at Warner Brothers. Then he directed “Batman & Robin” which got scathing reviews and was a giant bomb. I don’t think Joel ever recovered from the humiliation of being the punching bag for critics, especially from the French critics.

My family adored Joel. I took Joel to Israel for my brother Shep’s bar mitzvah many years ago and my parents fell in love with him. In the mid-seventies my ultra-Orthodox sister, Freydee, came out to Los Angeles and Joel took my sister and her friend Mimi to Disneyland and Universal.

Joel and I had always been in touch. In fact, when I was teaching at the Feirstein School of Cinema at Brooklyn College, Joel came to my class every semester. Normally I would let my guests speak for an hour or so. Joel I let speak for three hours. So engaging, self-deprecating, insightful and inspiring was he. My classes loved him. He was a complicated man and we had our ups and downs. He was very, very ambitious and lived his dreams in an unparalleled way.

Our last conversation was mid-November before I went to Israel.

Joel called me from New York. In all the years I knew Joel he never expressed appreciation or thanks to me for the role I played at the start of his career in the movies, either in the press or to me directly. In this two-and-a half hour conversation he couldn’t stop thanking me and telling me how grateful he was for everything I did for him. He remembered every little detail.

I should have known something was up.

I was shocked when he passed of cancer, which he’d been fighting for a year. He would never want anyone to feel sorry for him. He was very grateful that he was able to live out his dreams, and he did.

Howard Rosenman is a producer in Los Angeles.

‘Give me a syringe full of movies!’ My life with Joel Schumacher