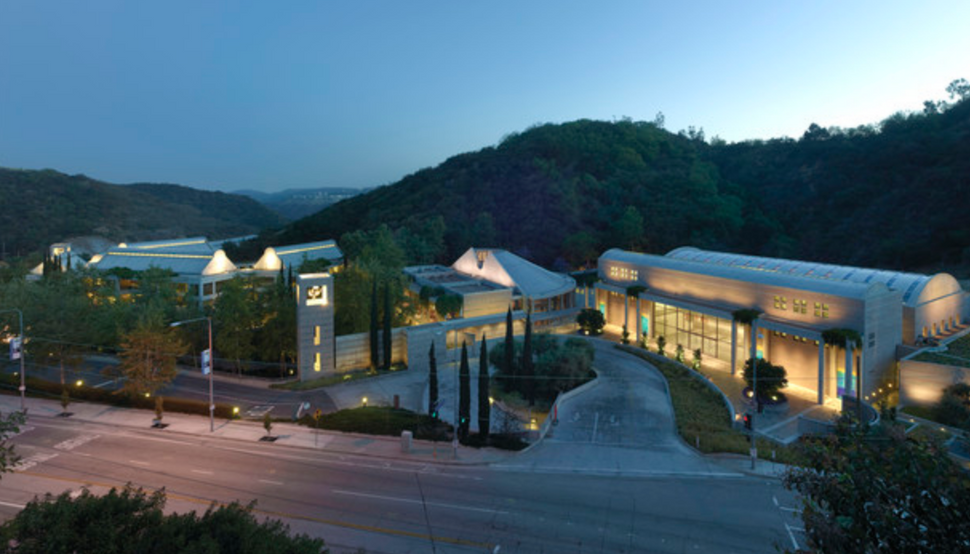 Every time I visited Dr. Uri Herscher in his office, I stopped to look at an old photo of him standing on top of a landfill beside a freeway.

The freeway is still there, but the landfill has since 1996 been the Skirball Cultural Center, a nexus for education, community and culture in Los Angeles. And not far from the exact spot where the photo was taken is Uri’s second-floor office, with a sweeping view of the remarkable, enduring institution he built.

Now 79, he will step down on Wednesday as the Skirball’s president and chief executive officer. Jessie Kornberg, a 38-year-old civil-rights lawyer, will succeed him.

“If we only have something to say to Jews,” Uri told me, “it’s not Jewish.”

It takes a set of incomparable skills — fundraising, persuasion, management — to actually build a sprawling cultural landmark on a forlorn hillside.

But it takes something else to raise and spend billions of dollars on a Jewish institution that brings the core of Jewish values to the world at large. It takes vision.

I called Uri this week because that vision seems to be exactly what we as Jews need right now. I’m using Uri’s first name because I don’t want to mislead you with a false sense of objectivity: I have turned to him often over the years as a mentor and a friend. I’m not special in this regard. Generations of rabbis, activists and leaders – including his successor, Kornberg – have sought wisdom in Uri’s office.

Over the past two decades, mainstream American Jewish institutions have turned inward, gripped by perceived fears of flagging Jewish affiliation among the younger generation and anti-Israel sentiment.

During that same time, the Skirball looked outward.

Uri set out to create an institution that brought meaning to Jews turned off by mainstream Jewish life, and that brought Jewish values to non-Jews. 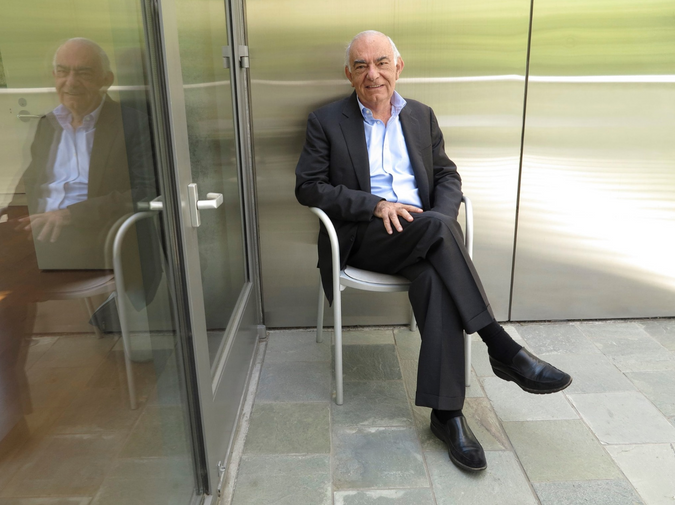 Skirball exhibits on Albert Einstein, Ruth Bader Ginsberg and Bob Dylan celebrated the way Jewish roots and values enriched American life. Activities like world music festivals and an exhibit by New York Times columnist Nicholas Kristof on the role of women in the developing world brought urgent issues — not just Jewish ones – to all.

Generations of non-Jewish school children have learned the values of caring for the earth and one another from the Skirball’s technicolor Noah’s Ark exhibit. How great that their first exposure to Jewish life is something so joyful and genius?

“Honor memory, welcome the stranger, pursue justice, build community, show kindness,” Uri recited the values that he says are at the core of the American and the Jewish experience, and the Skirball.

The idea that a Jewish institution should focus solely on Jews wasn’t just parochial and short-sighted to Uri, it made no sense given his life story.

“It is your own autobiography that drives you,” he said.

His parents fled Nazi Germany in the mid-1930’s and arrived in Israel, where his father struggled to earn a living. Uri spent much of his childhood in a dark, windowless basement apartment in Tel Aviv. (His demand to Moshe Safdie, the architect who designed the Skirball, was, “I want a lot of light.”).

His family arrived in San Jose, Calif. with $92. Uri, who at 14 spoke Yiddish, German and Hebrew but no English, said he immediately felt embraced by his American neighbors.

“I couldn’t have had a better welcome,” he said.

One of two Jews at Lincoln High school, he was elected student-body president. He went on to the University of California- Berkeley, then received his rabbinic ordination and doctorate at Hebrew Union College-Jewish Institute of Religion.

He began working on the Skirball in 1981 and began raising the funds himself. He received little help, or outright opposition, from Jewish institutional leaders, who didn’t see the point in an outward-looking cultural center

It was the non-Jewish progressive philanthropist Franklin Murphy who assured Uri he was on the right track.

“Teach them to take their holidays into the voting booth,” Murphy told Uri. “If you keep the Jews Jewish, I’ll raise millions of dollars for you.”

Of the hundreds of millions of dollars Uri raised for the Skirball – I know no better fundraiser in the Jewish community – 35 percent came from non-Jewish people and institutions. The Skirball, Uri proudly notes, has been debt-free its entire existence.

The vision paid off beyond contributions. The Skirball draws 600,000 visitors annually to its exhibits, concerts and cultural programming. It has become a permanent bright spot in L.A.’s cultural landscape and without question the most prominent face of the Jewish community to the larger society.

Now, of course, there are challenges that go far beyond the initial vision. The pandemic has indefinitely closed our institutions, including the Skirball, and placed a giant question mark over their continued role. Democracy itself feels tenuous, both in the United States and in Uri’s beloved Israel.

When I spoke with him by phone, Uri said he was … optimistic.

There is another generation of Jewish leaders behind him like the ones who inspired and preceded him, he said. And he is certain the core Jewish value on which the Skirball is founded will endure.

“If you’re fortunate enough to live in a democracy,” Uri said, “in a place of safety, establish a place that will welcome everyone.”