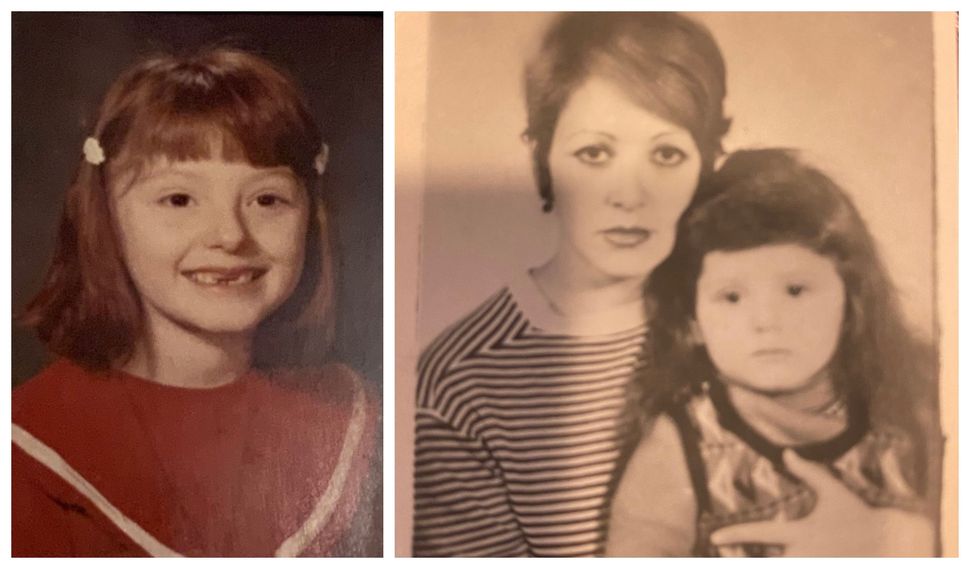 Yana Nikolayeva and her mother. Image by Courtesy of Yana N.

A Ukrainian-born Jewish woman who said her foster father raped her sued him, New York City and the Orthodox agency that placed her in his home.

The plaintiff, whose legal name at the time was Yana Nikolayeva but is listed as Jane Doe in the court documents, is suing Milton Jacobs for sexual assault and battery and both Ohel and the city for negligence on the grounds that Ohel didn’t check on her as legally mandated.

“There are important reasons why the law required Ohel to check on this foster child at least monthly,” Eric Hecker, her lawyer, said in an interview. “The law did not allow Ohel to assume that a Jewish foster father would never hurt a Jewish child.”

The plaintiff is suing for damages, but Hecker would not disclose their estimated monetary value.

“I still have flashbacks during the day and nightmares at night,” the plaintiff said in an interview. “But it’s the sense of deep shame that I continue to carry that has damaged my life the most.”

The lawsuit is one of about 1,700 filed in New York State under the Child Victims Act, passed in January after a long battle with both Catholic and Jewish organizations to extend the statute of limitations for child sexual abuse cases.

Ohel did not respond to a request for comment.

The plaintiff was born in Kiev in 1975, and arrived in the United States around 1978 with her single mother. When her mother was hospitalized for mental illness, a child welfare agency removed her from her home and placed her with Ohel, whose mission is to help Jewish foster children and ensure that they remain in Jewish homes. It has a $63 million annual budget, according to its 2017 tax filings.

Under the auspices of Ohel, the girl passed through five different foster homes. Around the age of six, she was placed in the home of Milton and Ceil Jacobs, an Orthodox Jewish couple living in Elizabeth, N.J. According to the complaint filed, “Ohel did not adequately vet the Jacobs home,” and Ohel case workers did not visit her anywhere “close to the number of times that the law required.”

The suit alleges that at some point during this placement, Milton (also known as Moshe Aharon) Jacobs began abusing and raping the girl. She said that she reported the abuse to her Ohel caseworker; according to her complaint, her caseworker told her that “they did not believe her,” telling her that the girl “could no longer live in the Jacobs home because she had lied” about what had transpired. (Jacobs has since moved to Israel.)

Ohel then moved her into another foster home, though she stayed in contact with the Jacobs family; the agency even sent her there for a Shabbat, according to the lawsuit.

At the age of eleven, the girl was placed in foster care with a man and woman who eventually became her adoptive parents. According to the complaint, Ohel never told the new parents that the girl had reported being sexually abused during a prior foster care placement, instead saying that she was their “toughest case” and a “compulsive liar.”

The coronavirus pandemic has caused delays in the court system, so the plaintiff likely won’t receive a response to her suit until a few months have passed, Hecker said.