As COVID-19 rages at San Quentin, a prison rabbi and activist offer comfort and support 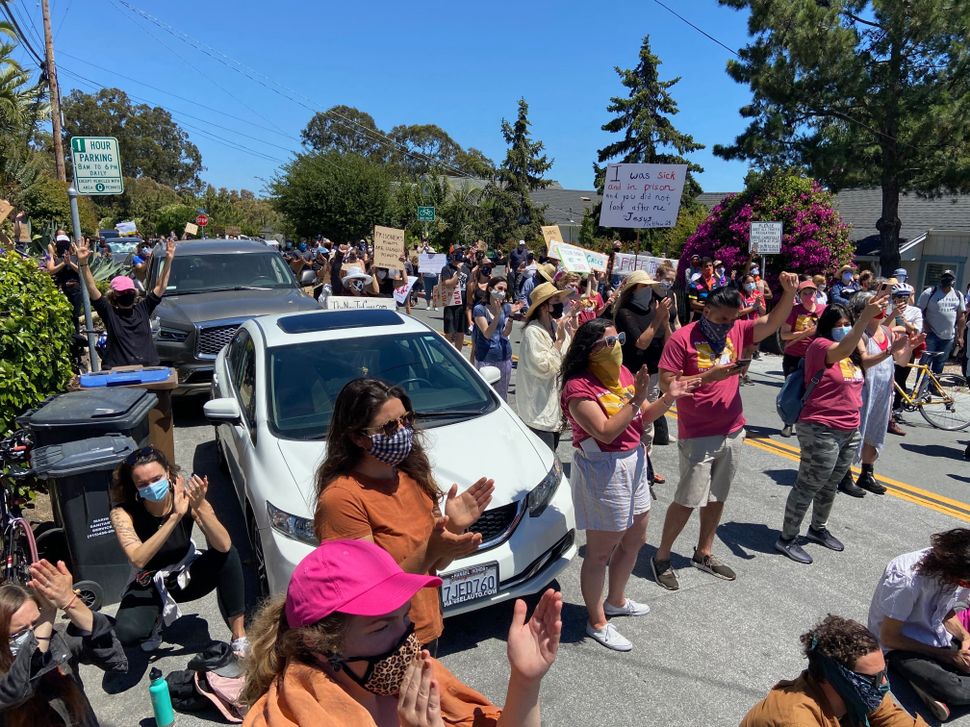 Kat Morgan led her last Shabbat service inside San Quentin State Prison on March 13. At one point during that service, and her co-leaders divided the congregants into small groups to share things that bring them joy during darker moments.

“These people are experts in resilience,” she said. “They shared gratitude for things like prayer, meditation, and eating a cookie. Some of them said that even waking up is a joy that they’ve made it to see another day. It was profoundly moving, given the context.”

Now, that resilience is being sorely tested, as San Quentin, a few miles north of San Francisco, is the epicenter of one of the worst outbreaks of COVID-19 in the state. A reported third of the entire San Quentin population has tested positive, and more than 100 of them have been moved from the prison to local hospitals. As of Monday, there have been several deaths.

Among the 3,700 people inside the prison, there are now nearly 1,400 cases among the incarcerated, The San Francisco Chronicle reported, along with more than 165 among the staff. 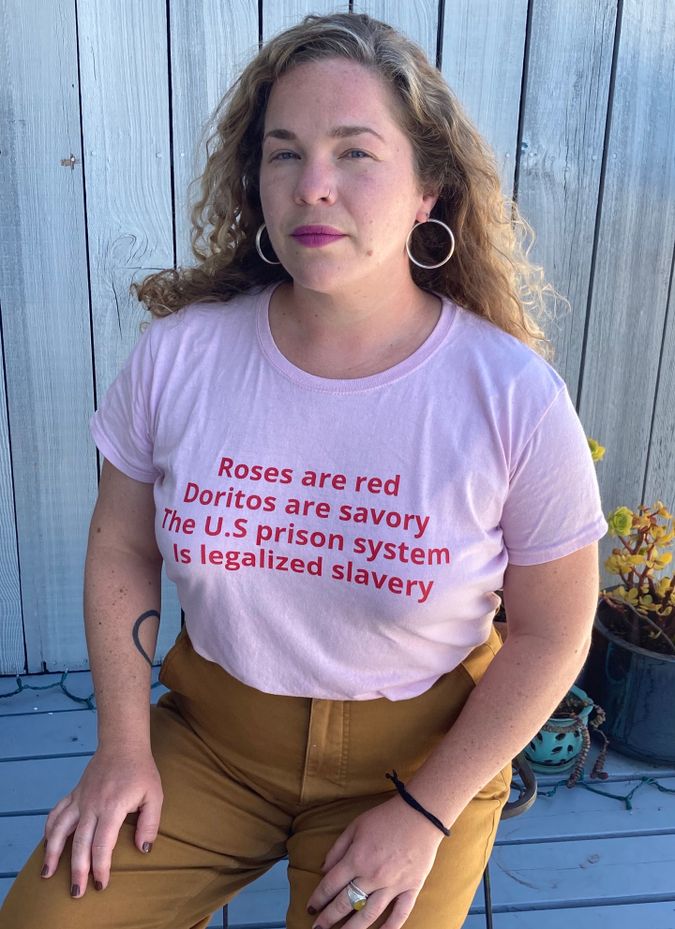 Morgan, who has been leading services as a volunteer for eight years now, has not been inside the prison since March.

Across the United States, prisons are the sites of some of the worst outbreaks of COVID-19. But even by those standards San Quentin has been particularly hard hit.

It is the oldest prison in California. It also houses the state’s only death row, though no executions have taken place since 2006. Despite its violent past, its location close to a major city – and a politically liberal one at that — means hundreds of volunteers came inside regularly, offering all kinds of programs that are considered helpful for rehabilitation.

Incarcerated Jews received support as well. San Rafael’s Reform Congregation Rodef Sholom has long brought Jewish programming inside. But California’s shelter-in-place order to stop the spread of the coronavirus put a halt to all of those programs. There have been no visitors of any kind allowed inside since mid-March.

Despite its overcrowded conditions – pre-pandemic it housed nearly 3,800 hundred people, which is at least 20% more than its official capacity – San Quentin managed at first to protect both those incarcerated and staff from the coronavirus.

But on May 30, The Chronicle reported, authorities transferred 121 people from another prison to San Quentin without first testing them for the virus. It quickly spread.

The chapel, where Jewish services had taken place, is now a ward for Covid-19 patients, and tents for more patients have been set up in the yard, said Rabbi Paul Shleffar, the Jewish chaplain there, whose hours inside have been reduced to two or three days a week.

“My perception was that before this, both inmates and staff felt that everyone here was doing a good job of looking out for us,” he said. “But when the transfer happened, it was a whole different story. The mood shifted.” 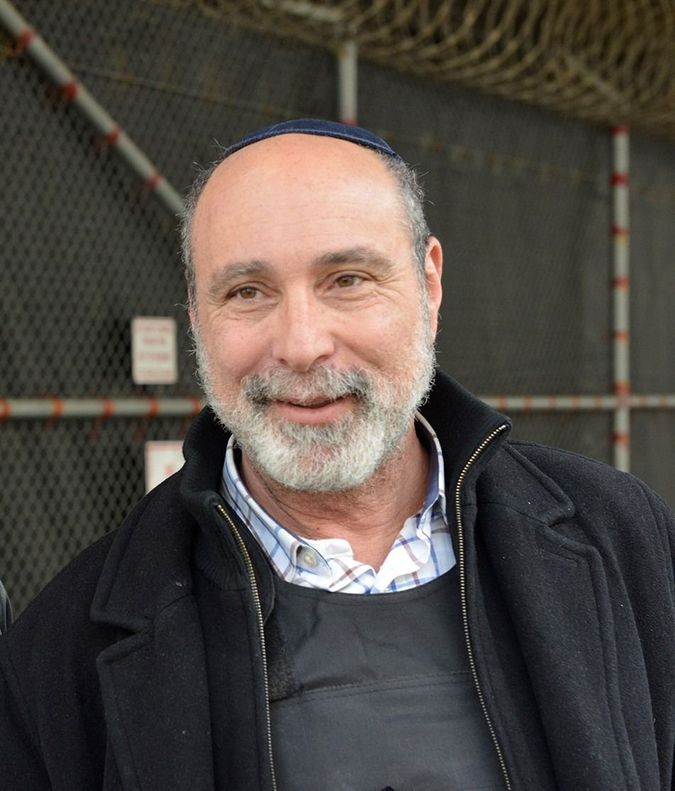 Shleffar has been the Jewish chaplain at San Quentin since 2015. His congregation numbers about 200 people. Many of them were not born Jewish. Shleffar’s policy is not to ask or pass judgment. If a person shows an interest in what Judaism has to offer, they are welcome.

“Many of them are searching, trying the various paths to a relationship with God, and trying to understand the situation they find themselves in,” he said.

Shleffar said it was hard to describe what his days are like, with everything constantly in flux. All staff members are tested for the virus once a week.

“We’re trying to adapt best we can, so since we can’t gather, I’ve been putting different teachings and sermons on the closed-circuit TV system,” he said. If an incarcerated person requests an in-person visit, he is allowed to see them, outside their cell, wearing protective gear.

He said he puts “extra messages of support” in his weekly Torah flyers.

“This last one I included Psalm 27 – which hails God and the protection God offers – as well as other healing blessings, which seemed appropriate,” he said.

With even calls restricted, “the men are feeling cut off, but my perception is they don’t feel they’re forgotten about, they know the world is watching,” said Shleffar.

Morgan herself is one of those watching. She participates in regular organizing calls held by local prison-reform groups.

She first visited the prison at the invitation of the community who heard about Urban Adamah the Jewish outdoor farm in Berkeley where she works as director of operations and human resources, from the former Jewish chaplain. They showed an interest in the kind of “heart-centered services” held there, so Morgan – who is also a singer/songwriter (https://katmorgan.bandcamp.com/)– and a few others led one and were asked to return, and that continued on. They bring their instruments with them.

Morgan returned to San Quentin to participate a rally outside the prison walls on June 28.

Calling it “a major public health crisis,” protesters called on Gov. Gavin Newsom to visit San Quentin to see conditions for himself. 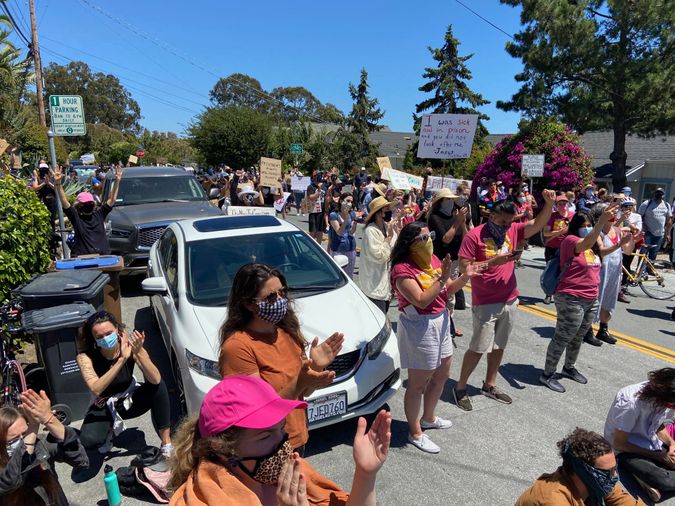 “He needs to recognize that this is a really serious situation. State leaders visit crisis areas all the time,” she said. “I don’t think there’s anyone who could see what’s unfolding there and think it’s being handled appropriately.”

Family members on the outside know about the outbreak, but with restricted calls, don’t know if their loved ones are sick or not, Morgan said.

“I believe in second chances, especially for people who didn’t get first ones,” Morgan said, paraphrasing the words of Adnan Khan, executive director of Re:Store Justice. “If something isn’t done now, there are thousands of people in that facility who deserve a second chance but won’t get one because they’ll get ill and die.”

As COVID-19 rages at San Quentin, a prison rabbi and activist offer comfort and support