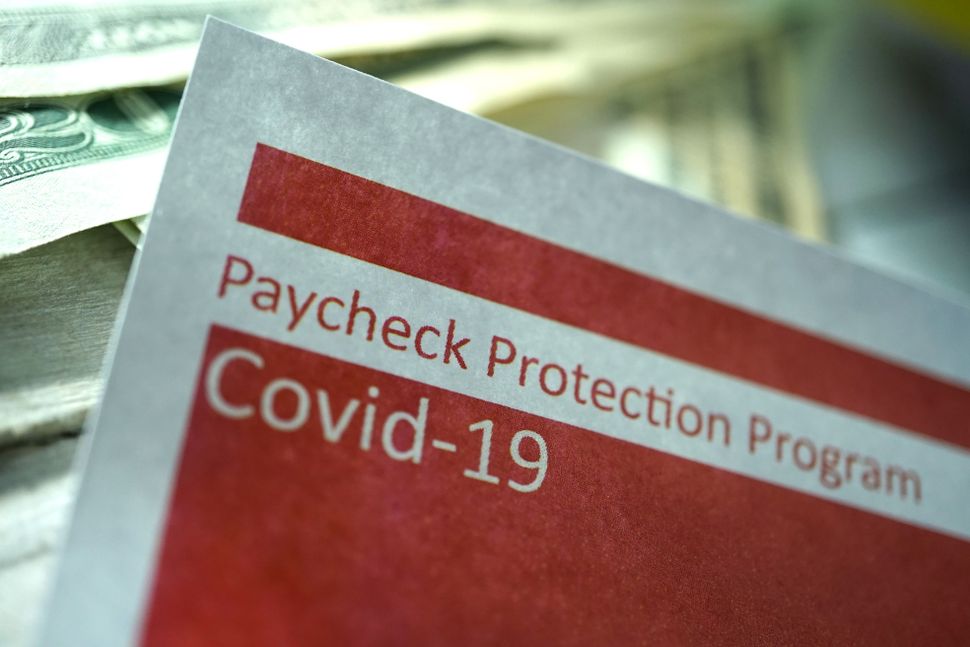 The Orthodox Union, the Jewish United Fund of Metropolitan Chicago, the Union of Reform Judaism, the Anti-Defamation League and Yeshivah of Flatbush are the Jewish groups that received the largest loans from the Small Business Administration’s Payroll Protection program, according to data released this week by the SBA, the federal body responsible for distributing loans to help organizations weather the coronavirus pandemic.


Those five Jewish organizations received between $5 and $10 million in loans, the highest loan bracket listed by the Small Business Administration, which only included loans greater than $150,000 in its data. The Forward created a list of Jewish organizations by searching the data with the keywords “Jewish,” “congregation,” “synagogue,” “kosher,” “Judaism,” “defamation” and “yeshiva.”

“With some of these orgs, you kind of scratch your head, like, ‘Really? How did they get that?’” said Richard Skeen, a Jewish nonprofit consultant, of the largest loans. “There’s no rhyme or reason.”

The data revealed that the Jewish groups’ choice of lender was a big factor in whether their application was successful, said Andres Spokoiny, president and chief executive of the Jewish Funders’ Network. Cross River Bank and JP Morgan Chase worked with the highest number, adding weight to a claim many nonprofit experts were making all along — that working with the right bank improved an organization’s likelihood of getting a loan.

“The best predictor of who would get a loan and wouldn’t is the banking partner they used,” Spokoiny said.

Organizations were asked to self-report how many jobs they were able to save as a result of receiving the loan. The top three in this category, each with 500 jobs saved, were Jewish Family Home Care, Inc in Fort Lauderdale, Mrs. Klein’s Kosher Pickle Company in Phoenix and United Jewish Council of the East Side in New York.

(The Forward received a loan in the second-lowest bracket, between $350,000 and $1 million, and reported that it retained 30 jobs with the loan.)

The retained jobs data was not available for every organization, but the Orthodox Union reported retaining no jobs with its PPP loan despite being one of only five organizations to get a loan for $5 million or more.

“In order to ensure its capacity to continue providing its full range of communal services, including addressing the unprecedented communal needs caused by the pandemic, the Orthodox Union itself applied for and received a PPP loan in accordance with the provisions of the CARES Act and relevant regulations and guidance,” the OU said in a statement.

Skeen also said the list raises new questions about what will happen to organizations like JCCs that got loans but still rely on membership fees or other sources of revenue that might take a hit this fall or winter if the pandemic keeps people at home instead of working out at their JCC gym, for example.

“What is their long-term sustainability plan?” he said.

About 480 organizations received loans between $150,000 and $350,000, the lowest loan category released by the SBA. Among them are Beth Jacob Congregation in Beverly Hills and the Bayonne Jewish Community Center.

Update July 8, 10:57 a.m.: ​This story and the data visualizations have been updated to include organization names that contain the keywords “Judaism” and “defamation.”