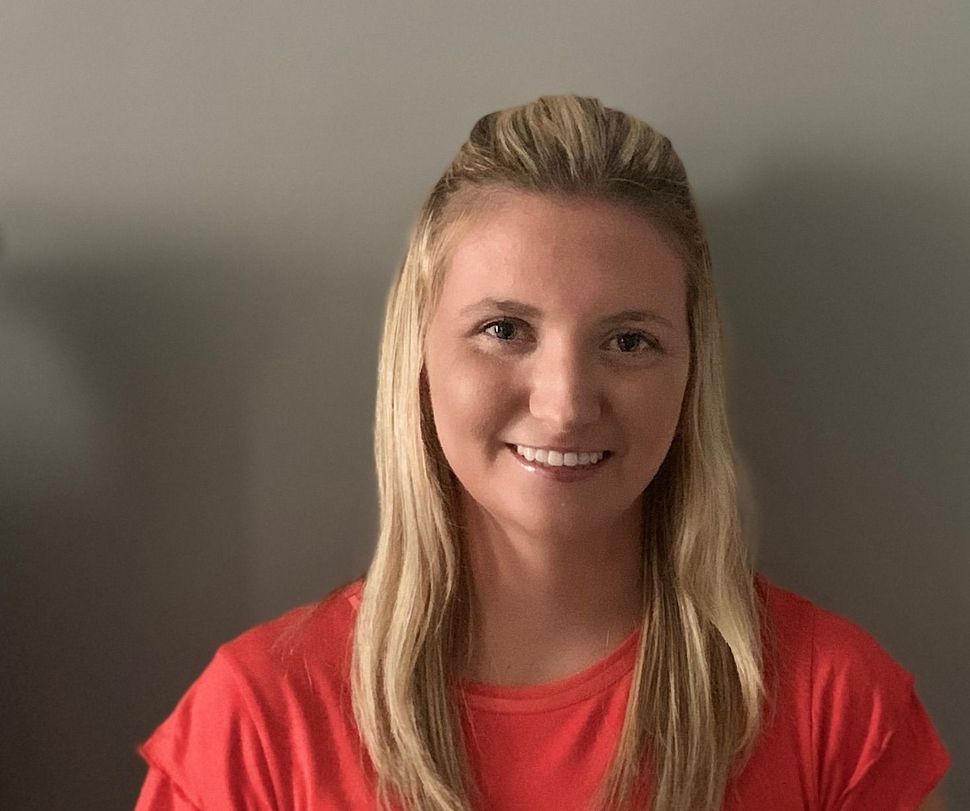 Every day, people get their just desserts when the Internet exposes past transgressions for all to see. While public apologies are common, not everyone takes time to grapple with wrongdoing.

In early June, photos emerged of Milligan, a 21-year-old junior at Penn State majoring in rehabilitation and human services, posing with a swastika drawn on her shoulder. A petition circulated demanding that Milligan be expelled over the photo, which was taken when she was in high school. In the following days, she lost an internship and received death threats. At the suggestion of Jewish student leaders on campus, Milligan got in touch with Rabbi Gregory Marx of Congregation Beth Or in Maple Glenn, Penn. They spent time on Zoom talking about the history behind the swastika and discussing “Night,” Elie Wiesel’s seminal memoir.

This is Milligan’s account of the photo, its exposure, and the process of confronting her actions. The following has been edited for length and clarity.

I went to Catholic school all my life and we learned about the Holocaust, in eighth grade and through a short presentation in high school, but I really didn’t understand what the symbol means to people and the hatred behind it.

On the night this photo was taken, I was 16 years old. I was with some of my girlfriends at a vacation house at the shore, and another kid who was there drew a dog on one girl’s back, and then he drew swastikas on me and the other girl. I think that afterwards, we just went home and took showers and scrubbed everything off. Rabbi Marx asked me why we did it, and I honestly just don’t know.

Last month, a girl in my high school class created a Twitter account to expose different girls from our school who showed signs of hatred or racism or anti-Semitism. I’m not the only girl that was posted on this list, but I’m the one that did blow up. Afterwards, I deleted all my social media because I was getting harassed and receiving death threats; any way that people could try to reach me, they did.

After the photo was posted, the vice president of Penn State suggested that he and I and two Jewish student leaders sit down and talk about it. We talked twice. The first time, they shared their feelings of why they’re upset — and not just them but their families and other students on campus. They shared that some people don’t feel safe on campus because I’m there.

At first, I didn’t understand why people were so upset. I thought that because this photo was five years old, people would say, “OK, we can give her some slack.” I still hope some part of that is true but I also know I didn’t realize the pain I caused for Jewish people.

After that phone call, the students suggested that I educate myself, and that’s when I got in touch with Rabbi Marx. He suggested some literature to read, like “Night.” I took notes while I was reading, and honestly most of the time my jaw was dropped. I can’t believe some of the things that Jewish people had to go through.

We also spoke about the history of the swastika, how it was a history of hatred and death. After talking with Rabbi Marx, I came to a better understanding of why the picture blew up and why people were harassing me.

Rabbi Marx emphasized that the Hebrew Bible is about people making mistakes, and they recover from their mistakes and begin again. I’m considering my own personal biases and I’m trying to work on them and make myself a better person. He doesn’t think this will be the end for me.

To the people I hurt with the photo, I want to say I’m sorry, and that I didn’t intend any hatred and I don’t endorse it. I wish I was never in that position, but most importantly I’m sorry that I caused pain for other people.