Students said their yearbook contains a hate symbol. The district won’t remove it. 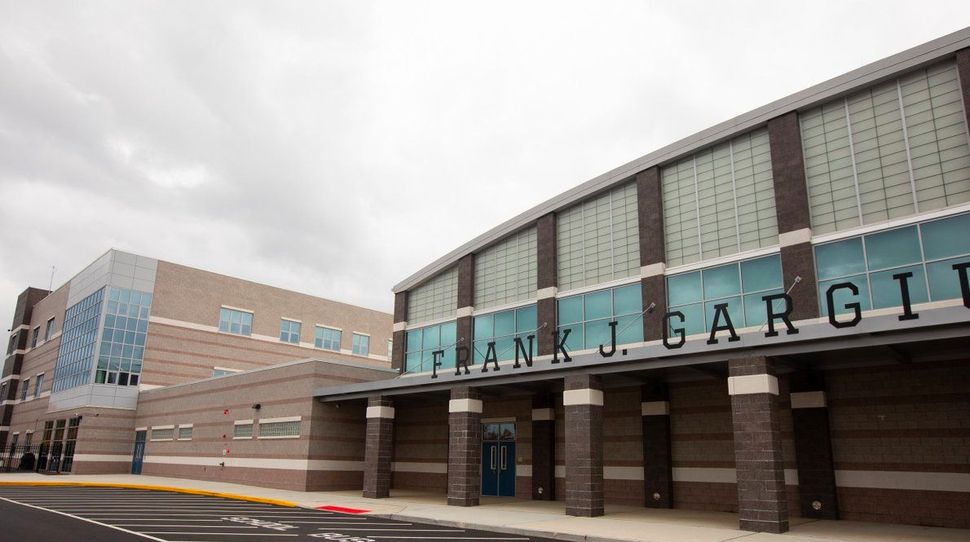 At High Tech High School, one student submitted an “88” to the Class of 2020’s yearbook. Image by Facebook/Hudson County Schools of Technology

Time you enjoy wasting is not wasted time.

These are among the quotes students shared on the pages of the Class of 2020’s yearbook for High Tech High School in Secaucus, N.J. But one entry said simply: “88.”

Some classmates and parents were outraged at seeing the entry, since the Anti-Defamation League classifies “88” as a “white supremacist numerical code.” After the school district rebuffed their request to have the page replaced, they are now trying to marshal politicians and the public to their cause.

“This is the yearbook they’ll have for the rest of their lives,” Brian Osborne, a parent of a graduating senior, said in an interview Wednesday. “They’re going to show it to their kids. This is how they’re going to remember high school.”

The controversy started in late June, when seniors at the technology-focused public school went to pick up their yearbooks after months of being away from campus because of the coronavirus pandemic. Flipping through the pages of quirky photos, inside jokes and inspirational quotes, some were startled to see the “88.”

The symbol is shorthand for “Heil Hitler,” with each “8” representing an “H,” the eighth letter of the alphabet, the ADL website explains; the slogan and symbol are used not just by neo-Nazis but “throughout the entire white supremacist movement.” The Forward is not naming the student who submitted the symbol because we are unsure if he is a minor and were unable to reach him or his family.

Osborne called the school district as soon as his daughter showed him the symbol. Osborne is not Jewish, and said that “one need not be Jewish to be offended” by the number’s connotations. The school investigated and concluded that the student had been alluding not to Hitler, but to a local park.

In the email, Lin-Rodriguez said that the district would issue refunds to students who wish to return their yearbooks. The school district did not respond to the Forward’s requests for comment.

Located just outside New York City in a gleaming campus complete with recording studios and culinary-arts facilities, High Tech High School was rated 48th out of 451 New Jersey high schools by U.S. News and World Report. It offers programs in design, biomedical sciences, and visual arts, and draws students from across Hudson County, which has 12 municipalities.

Osborne and some other parents are refusing to accept what they see as a tepid response from the district. A petition asking the district to mail each student a replacement for the page in question has garnered over 1,000 signatures. It also caught the eye of Phil Cohen, a city council member in nearby Hoboken, who introduced a resolution supporting the petition at a council meeting on Wednesday night; the resolution passed unanimously.

Lyle Hysen, the Jewish father of a graduating student, said that regardless of the intent of the student who submitted the 88, the district should have acknowledged its anti-Semitic connotations and acted quickly to remove it from the yearbook.

“It doesn’t matter that not everyone knows what it means,” he said. “It’s a hurtful thing. Why is that something that gets shoved to the side?”

Osborne, who helped organized the petition, pointed out that the school’s proposed solution leaves students with the choice of accepting a yearbook with a hate symbol or forfeiting it altogether.

“All we want is for them to replace the page,” he said.

While the Hoboken City Council does not have any jurisdiction over public schools in Secaucus, Cohen hopes that the resolution will impact the district’s decision-making.

“The pain in the community that I’ve heard is real,” he said. “The concern is real.”

Students said their yearbook contains a hate symbol. The district won’t remove it.