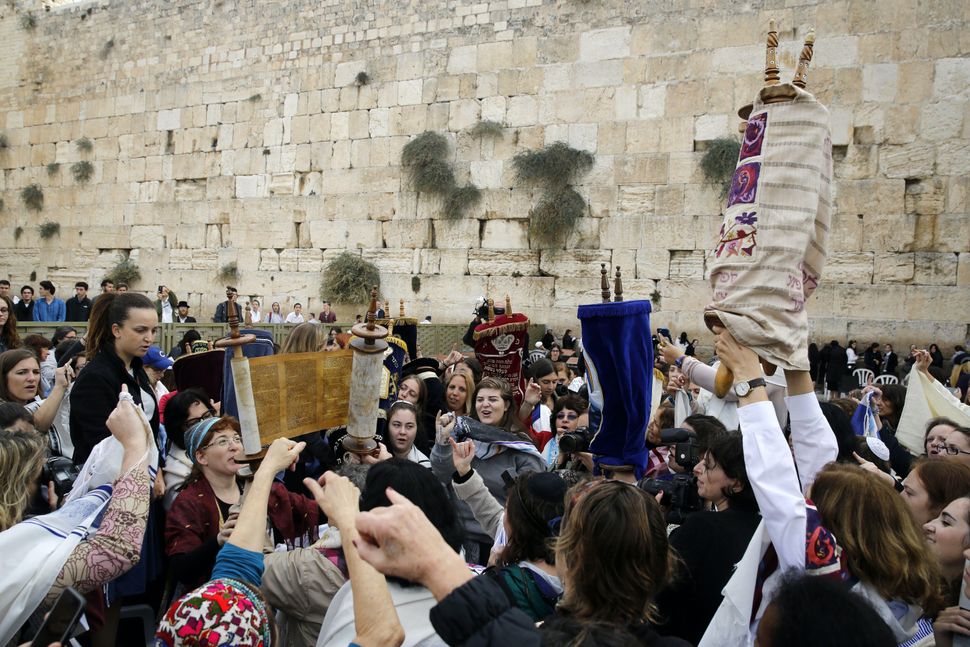 Israeli members of the liberal Jewish religious group Women of the Wall, carry a Torah scroll after prayers in the women’s section of the Western Wall, in the Old city of Jerusalem on November 2, 2016, during a protest by the group demanding equal prayer rights at the site. / AFP / MENAHEM KAHANA Image by MENAHEM KAHANA/AFP via Getty Images

The headlines heralded what many of us have been agitating for years: Orthodox women are going to be recognized as rabbis in Israel. All over social media, Orthodox women virtually cheered, as did their allies.

But that excitement after last week’s decision by Israel’s attorney general, Avichai Mandelblit, to require the rabbinate to accept women’s ordination was a bit exaggerated, or at least premature. There is quite a long way to go before we see a female chief rabbi in the Jewish state — or even get to call Orthodox women “rabbi.”

The directive, which mandates that women must be allowed to take the rabbinate’s exams that lead to ordination as well as state-funded rabbinic jobs and other economic benefits, is only one step in a complicated process to recognize women as rabbis. The rabbinate has already announced it would go on strike if forced to implement the decision, and even if women are indeed allowed to take the same test as men, experts said it still may not mean they will be ordained, or hired into government roles.

Israel’s rabbinate was established in 1921, during the British Mandate, and since the state’s founding has maintained power over all religious affairs, including conversion and kashrut, as well as marriage, divorce, and prayer at the Western Wall. Hundreds of rabbis work for the rabbinate or otherwise in publicly funded rabbinic positions across Israel.

“Their threat doesn’t matter,” Rabbanit Devorah Evron, director of Ohr Torah Stone’s Susi Bradfield Women’s Institute of Halakhic Leadership, said of the rabbinate. “The significance of the decision is that the state will have to recognize women’s advanced Torah learning,” she added, “just as it does for men.” 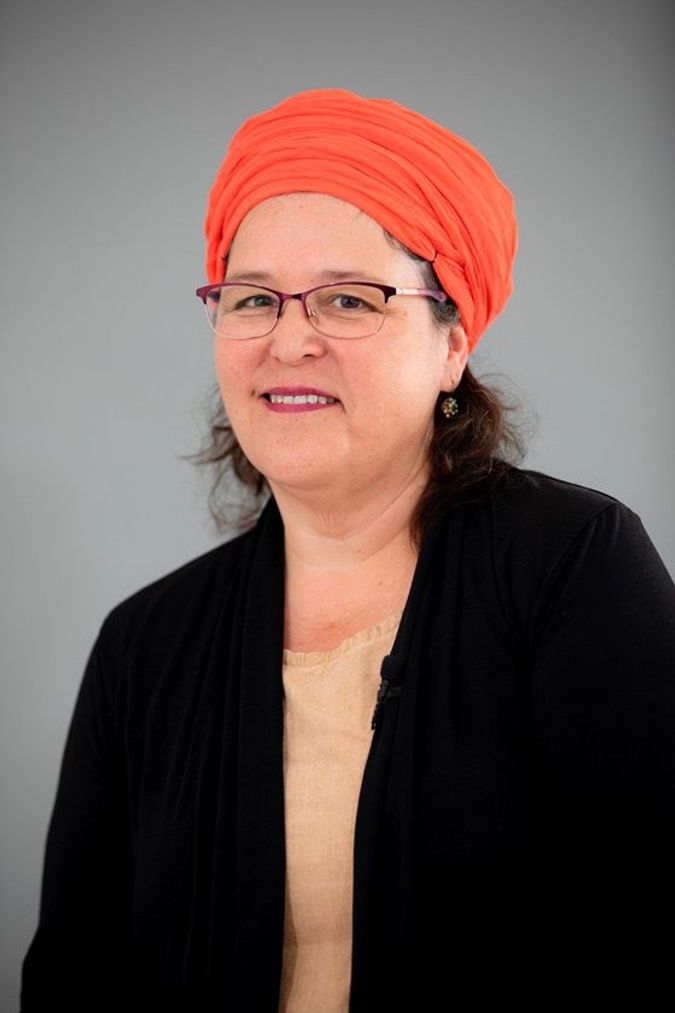 Evron was one of six Orthodox women who were the first ever in Israel to pass rabbinic exams in 2015, via the Halakha Program for Women at Beit Morasha. Though that program no longer exists, there are six others that train Orthodox women to be halakhic authorities, with a total of about 45 students, though most do not call their graduates rabbis.

As someone who spent over 20 years advocating for women’s leadership in Orthodoxy and then shifted gears to begin rabbinic studies at the Reform rabbinical school, I have a keen interest in seeing women gain religious authority. For myself and women across denominations who want to be heard and respected for our knowledge and expertise, this ruling has both tangible and intangible significance.

“It’s a very big crack in the glass ceiling that has been sitting on religious women’s heads for a long time,” said Rabbanit Rachel Keren, who has already passed all the ordination tests and was among the six women who brought the legal petition that led to Mandelblit’s ruling. “The ruling sends the message that women are fluent in Jewish law, that our knowledge is legitimate, and that we deserve to be leaders. It gives a green light to our entire movement.”

Yael Rockman, who is director of the religious feminist organization Kolech, one of the organizations that brought the petition, said that there is also real money at stake: women who pass the exams should now be able to apply for state jobs that require rabbinic ordination. Rabbinic certification also comes with child-care allowances paid by the state; in fact, men studying at yeshiva currently receive subsidies for child care, while women studying at yeshivas do not. 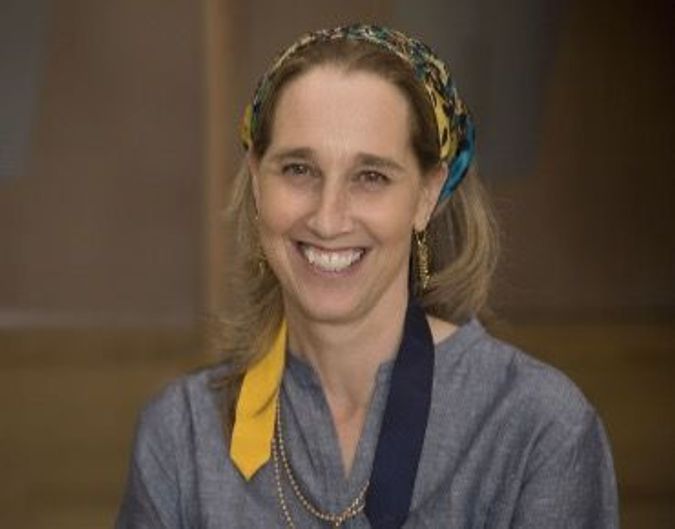 “This ruling is about equal economic opportunity,” Rockman said. “Israel has a Religious Services Ministry with a massive budget and a wide range of paid, state positions that are often open exclusively to Orthodox rabbis, which until now has meant only men.”

The Religious Services Ministry, which has an annual budget of more than 1 billion NIS ( about $290 million), employs hundreds of rabbis, including roughly 150 municipal positions, and jobs in hospitals, schools, prisons, and courts — all currently only open to Orthodox male rabbis.

The Neve Tirza women’s prison, for example, has a rabbi on staff, and Rockman has argued that it would make more sense for that role and similar ones in girls schools to be filled by a woman.

But hiring for many of the state jobs is done not by the rabbinate but by 260 municipal councils, a separate branch of the religious-services ministry with a 100 million NIS ($29 million) annual budget. These councils are almost exclusively composed of Orthodox male rabbis, though Mandelblit in 2018 issued a directive to make them at least 30% women within a year of the formation of a new government — a process that is happening right now.

Recognizing these hurdles, the women pressing for access are not yet demanding the most high-profile, high-status jobs, but starting with institutional and administrative jobs like the ones in prisons and schools. This approach reflects the Catch-22 of Orthodox feminism: in order to gain authority in a system that does not recognize women’s knowledge and status, first women have to abide by the very rules which grant them no status.

“In the long run, of course we want to have women in positions of Rabbi of Tel Aviv, Rabbinic Judge, and even Chief Rabbi of Israel,” Rockman said. “But we’re not there yet. One step at a time.”

Last week’s ruling is not the first pressing the rabbinate to diversify. Israel’s Attorney General announced in 2012 that the state must allow non-Orthodox rabbis to be eligible for certain jobs, and there are now 12 Reform rabbis on the government payroll, including five women.

But these jobs are funded through the culture ministry, not religious-services, enabling the rabbinate to avoid having to recognize non-Orthodox rabbis.

Similarly, when the Supreme Court in 2013 ruled that women who graduated from a kashrut-certification program run by the religious-Zionist women’s organization Emunah must be recognized by the rabbinate, the rabbinate responded by changing its processes so that training courses were no longer required. Instead, candidates for kashruth supervisor must simply present personal letters of recommendation from their teachers to attest to their Jewish knowledge.

Tziporet Shimel, who works for Emunah, said the group has given many of its 60 graduates such letters, but only a handful have been hired as kashrut supervisors through the rabbinate, including a few women (Emunah could not say how many). Nine others work for the private organization Tzohar, which offers Orthodox alternatives to the state rabbinate.

“Most of our graduates are frustrated and in despair about finding jobs,” Shimel said.

An estimated 30 women in Israel have already passed exams for Orthodox ordination, administered by private yeshivot. In the United States, 43 Orthodox women have been ordained in quasi-rabbinic roles through Yeshivat Maharat since 2009. Several women were privately ordained earlier, including Rabbi Haviva Ner-David and Reb Mimi Feigelson.

Until now, most Orthodox women who received ordination have not used the title “Rabbi.” Instead, they might choose “Rabba”, “Rabbanit” – which can be misleading because it also means “wife of a rabbi” – or “Maharat,” a Hebrew acronym for “female leader of Jewish law, spirituality and Torah.”

But if a title is meant to afford both cultural and economic recognition towards equality, some see these alternates as an inferior designation by definition. It could be perceived as calling female doctors “Women who have Learned Medicine.”

Regardless of the title, more women seem to be seeking out advanced religious education. Evron’s program at Ohr Torah has nine graduates over four years and 14 current students. Keren’s program at Midreshet Ein Hanatziv has six. “As soon as the state sets up exams for women, there will be women lined up and ready,” Evron said.

Another sign of the culture’s readiness for the change, several women halakhic leaders said, is a program that brings female scholars-in-residence to Orthodox synagogues that currently has more than 250 communities participating. “Communities are eager to hear from women religious leaders,” Rockman said.

The new directive does not challenge the lack of recognition for non-Orthodox rabbis, but only of Orthodox women. Rabbi Noa Sattath, the Director of the Israel Religious Action Center (IRAC), which is affiliated with the Reform movement, celebrates this milestone for Orthodox women nevertheless. 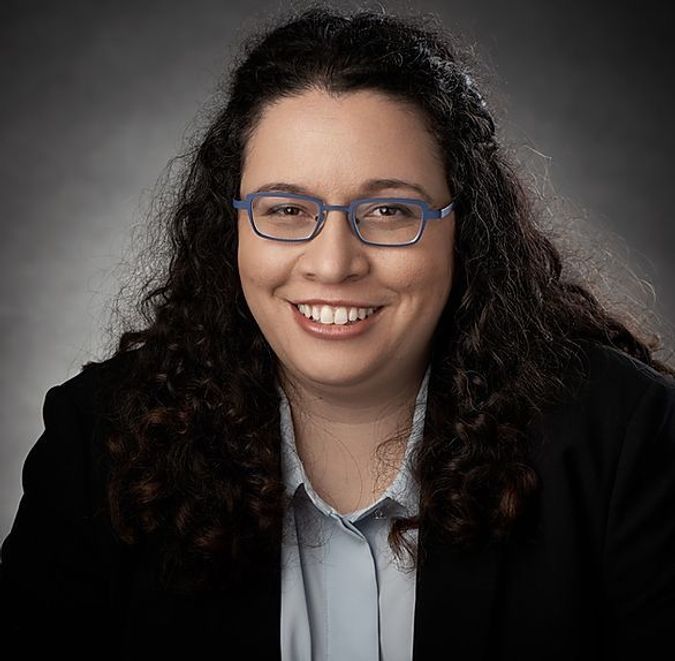 “There are times when the lack of cooperation between Orthodox and non-Orthodox feminists is frustrating,” she said, “However, in this case, I think that there is no legal way to include non-Orthodox ordinations in the category they were trying to equalize.” Moreover, she said that if this decision is implemented, then in a few years “non-Orthodox women will take the exams as well.”

The Rabbinate’s opposition to recognizing female rabbis follows years in which it has been rigid on a host of other issues, including marriage, divorce and conversion. Many Israelis have for years left the country to get married or used domestic partnerships rather than adhere to the rabbinate’s rules on Orthodox marriage ceremonies.

“If one by-product of this decision is that there are more programs outside of the rabbinate, that is a bonus,” said Keren, who has been advocating advanced religious learning for women for 35 years. “Nobody should have a monopoly on Torah.”

Elana Maryles Sztokman is a writer, researcher and feminist activist in Israel who ran for Knesset this year as part of the new Kol Hanashim Women’s Party.