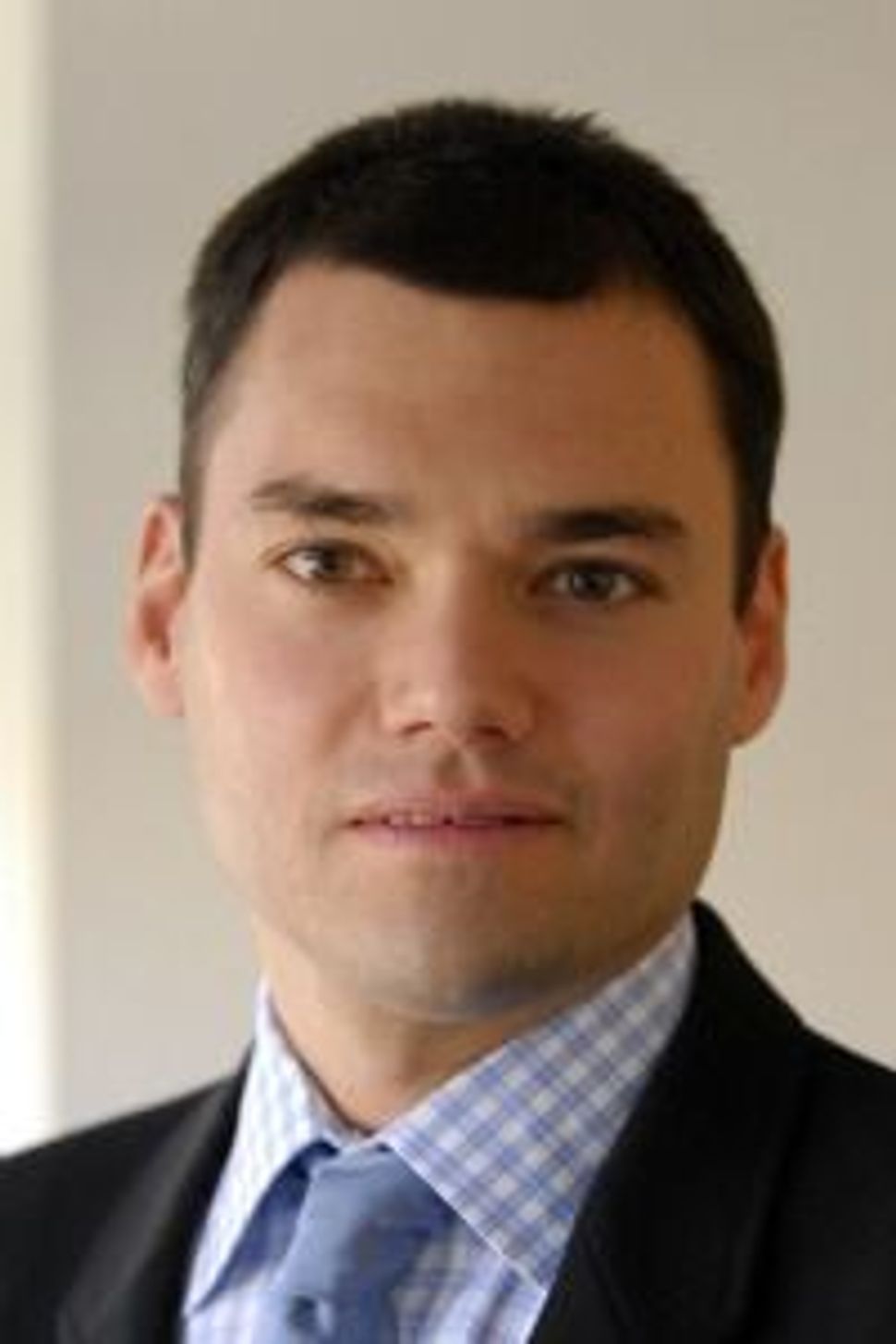 This week, Jewish American commentator Peter Beinart wrote two essays promoting a one-state, bi-national solution to the Israeli-Palestinian crisis. If you don’t have time to read the 8,000-word essay in Jewish Currents, there is a Reader’s Digest version in the New York Times Op-Ed section, with the provocative headline “I No Longer Believe in a Jewish State.” The thrust of both pieces is the same: If Israel is to retain control over the lives of the Arabs between the Mediterranean Sea and the Jordan River and remain a democracy, it must grant them citizenship equal to Jews.

“It’s time to abandon the traditional two-state solution and embrace the goal of equal rights for Jews and Palestinians,” Beinart writes. “It’s time to imagine a Jewish home that is not a Jewish state.”

You can take Beinart to task on many of his points, but the splash with which his essay landed means we can no longer avoid the debate. Two states, one state, apartheid state: take your pick.

The reaction to Beinart’s piece was swift and intense. Many argued that Beinart had crossed a red line separating him from the mainstream American Jewish community. Rabbi Daniel Gordis told Jewish Insider that a one-state solution would spell the end of the revitalization of Jewish life that was at the heart of the Zionist experiment. “Jews would quickly become a minority here, just as they were in Europe,” he explained. “Beinart cares more about the future of the Palestinians than he does about the future of Judaism’s richness.”

“Binational -& multinational-states always fail,” Alon Pinkus, former Israeli Consul General, agreed in a tweet. “Some had an organizing narrative or unique and mitigating circumstances that allowed them to temporarily exist.” And Obama’s ambassador to Israel Dan Shapiro called Beinart’s idea a disaster of historic proportions. “Calling for one state for Israelis and Palestinians is neither original, nor a remotely viable solution to this long-running conflict. It’s a disaster in the making for Israelis, the Jewish people, Palestinians, and US interests,” he tweeted.

And those were just a few critiques from Beinart’s fellow self-described liberal Jews. From the right, Beinart was accused of gross ignorance, selling out Israel, runaway virtue signaling, working overtime to destroy Israel, and “appalling egotism,” as Jonathan Tobin, editor-in-chief of JNS.org, put it.

Beinart is essentially saying “Israel: Drop Dead,” Israel’s Consul General of Israel in New York Dani Dayan said in a Zoom conversation with Jodi Rudoren and Andrew Silow-Carroll, editors-in-chief of The Forward and the Jewish Week. “His view of Zionism is absurd.”

And yet, these reactions to Beinart’s piece sound less like well-reasoned arguments and more like angry denial. As Tobin correctly notes, Beinart’s view “is also indicative of the crisis of faith within much of American Jewry.” While you can call Beinart naive for arguing that a one-state solution could ever work, or defeatist for assuming the two-state solution is over, or even traitorous for selling out the bedrock principle of a Jewish state, you can’t call his belief that the two-state solution is dead surprising.

As Beinart notes in his New York Times OpEd, “About 640,000 Jewish settlers now live in East Jerusalem and the West Bank, and the Israeli and American governments have divested Palestinian statehood of any real meaning. The Trump administration’s peace plan envisions an archipelago of Palestinian towns, scattered across as little as 70 percent of the West Bank, under Israeli control. Even the leaders of Israel’s supposedly center-left parties don’t support a viable, sovereign Palestinian state.”

These facts have not been lost on American Jews, especially younger American Jews. Israel has been slipping towards a one-state solution for 60 years now. Along the way, numerous prophetic voices have warned that if Israel didn’t change course, it would inevitably have to choose among dividing its territory into two viable states, or annexing the West Bank and Gaza and granting millions of Palestinians Israeli citizenship, or absorbing these territories and denying the Palestinians who live there full civil rights–the definition of apartheid. In short, it’s the democracy, stupid.

Beinart, who until last year was the Forward’s senior columnist, is a prominent voice of the progressive Zionist left. He has often been treated as a kind of bellwether for the American Jewish community, thanks to an article in the New York Review of Books in 2010 which seemed to predict the alienation American Jews would begin to feel towards Israel. “For several decades, the Jewish establishment has asked American Jews to check their liberalism at Zionism’s door, and now, to their horror, they are finding that many young Jews have checked their Zionism instead,” he wrote.

For Beinart, the way to reclaim liberal Zionism is to let go of the Jewish state and embrace the Jewish nation. “The essence of Zionism is not a Jewish state in the land of Israel; it is a Jewish home in the land of Israel, a thriving Jewish society that both offers Jews refuge and enriches the entire Jewish world,” Beinart wrote in Jewish Currents. “It’s time to explore other ways to achieve that goal—from confederation to a democratic binational state—that don’t require subjugating another people. It’s time to envision a Jewish home that is a Palestinian home, too.”

Is this view, too, a bellwether of where American Jews are at? Certainly, liberal Zionists are demoralized. For years, the mainstream conversation over Israel and Palestine has had to contend with expanding settlements, outbreaks of violence, and futile attempts at restarting the peace process. Then came President Donald Trump, who offered Prime Minister Benjamin Netanyahu’s government enough political rope to pursue, seriously, the idea of radically changing the status quo by annexing a portion of the West Bank.

Whether any initial steps toward annexation would incorporate large numbers of stateless Palestinians under Israeli sovereignty or not, the Zionist left saw the slope beginning to slip. “I’ve become much more pessimistic about its prospects, and more confused and occasionally horrified by its policies,” wrote Vox’s Ezra Klein. For Klein and a slew of pro-Israel pundits, the Jewish and democratic state increasingly faces a choice of whether to be democratic or Jewish.

The 2019 American Jewish Committee, found that 78% of American Jews see little or no hope for peaceful coexistence between Israel and a Palestinian state over the next five years.

Beinart is far from the first observer to see this day of reckoning coming. The late Israeli general Yehoshafat Harkabi flagged it in his 1989 book, “Israel’s Fateful Hour, where he called the idea of a binational state, “collective suicide.”

In 1999, the late Palestinian intellectual Edward Said wrote a think piece for New York Times Magazine calling for one state for Palestinians and Israelis, with equal rights for all.

“The alternatives are unpleasantly simple,” wrote Said, “either the war continues (along with the onerous cost of the current peace process) or a way out, based on peace and equality (as in South Africa after apartheid) is actively sought, despite the many obstacles.”

In a 2015 speech to the Institute for National Security Studies, the late Israeli writer Amos Oz sounded the alarm, but with far more pessimism than Beinart.

“I think the idea of a bi-national state is a sad joke,” he said. “You can’t expect Israelis and Palestinians after 100 years of blood, tears and calamity to jump into a double bed and begin the honeymoon.”

Oz pointed out that the one-state solution was an idea that united factions of Israel’s left and right (and, he might have added, many Palestinians). The late Moshe Arens, a right-wing Minister, wrote in 2010 that one state between Jordan and the Mediterranian Sea was the best and–here’s that word– inevitable solution.

“Those who, in Israel and abroad, consider the Israeli ‘occupation’ of Judea and Samaria an unbearable evil should be greatly relieved by such a change that would free Israel of the burden of ‘occupation.’ If the Palestinians in Judea and Samaria are given the right to vote in Israeli elections, like the Palestinians currently living in Israel, Israel would not cease to be a democracy. Nor would it cease to exist, although its demography would change significantly.”

The last prognosticator worth mentioning is Peter Beinart himself. In 2011 he told the General Assembly of Jewish Federations that Israel could be a democracy or an occupier, but not both. “I want Israel to remain a Jewish state for my children and grandchildren as much as anyone in this room,” Beinart said. But, he said, to remain legitimate it must be “a country that offers citizenship to everybody in its borders, irrespective of race, religion, sex and ethnicity.”

The decade since Beinart’s remarks has only brought more Palestinian land under Israeli control and less movement toward a two-state solution. It’s not something American Jews can ignore any longer. Indeed, to say Beinart’s essay crosses a red line, as many critics have, is simply ahistorical.

When Israelis clamored for a barrier separating them from Palestinians, then-Prime Minister Ariel Sharon said it was unthinkable. Then he built it.

The history of Israel itself is the history of leaping ideological barriers. When Theodor Herzl declared his intention to found a Jewish state, the majority of American Jewry considered the idea beyond the pale and the messenger delusional.

It took a while, but reality forced their choice.

Peter Beinart is saying reality, whether we like it or not, is forcing all of us–American Jews, Israelis and Palestinians–to choose again.

Rob Eshman is the national editor of the Forward. Follow him @foodaism.