Joel Engelman as a child, and the letter his parents sent to his alleged abuser. Image by Forward montage

The first time Joel Engelman sued the rabbi he accused of abusing him was in 2008. He did so, despite having missed the deadline for such lawsuits, in order to name the man — Abraham Reichman — and hopefully protect other children from him.

Now he’s suing again, but his reasons are slightly different: That deadline has been extended, through the Child Victims Act, and he wants to set an example for other child victims of sexual abuse, especially in the Orthodox community.

“I’m hoping others come forward as well,” said Engelman, 35, in an interview. “I see this as an opportunity for survivors of abuse, that they can make a difference in their own lives and in protecting children.” 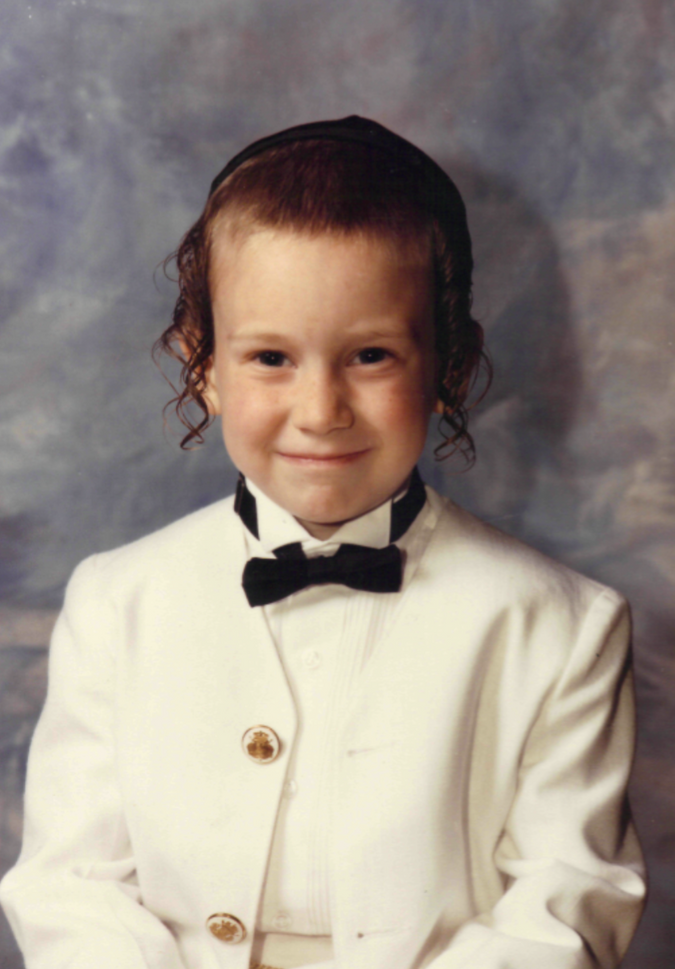 Engelman at the age of 4. Image by Courtesy of Joel Engelman

Now a graduate student and a married father of two living in Toledo, Ohio, Engelman alleges that Reichman, a former principal at United Talmudical Academy in Williamsburg, Brooklyn, sexually assaulted him in 1993 over the course of two months, when he was eight years old. Engelman is also suing the school, for negligence, as well as community leader and lobbyist Rabbi David Niederman and the United Jewish Organizations of Williamsburg for “fraudulent inducement” — according to Engelman, they “tricked and pressured” him into delaying his lawsuit in the Kings County civil court, until it was too late, and the statute of limitations had expired.

A spokesperson for Niederman denied the allegations. “There is not a scintilla of truth in any of the allegations,” the spokesperson wrote in an email. “In fact, it is a shame that Rabbi Niederman and UJO are even a party here. But, facts are facts and therefore we look forward to the opportunity to tell the real story (or lack thereof) in a court of law.” 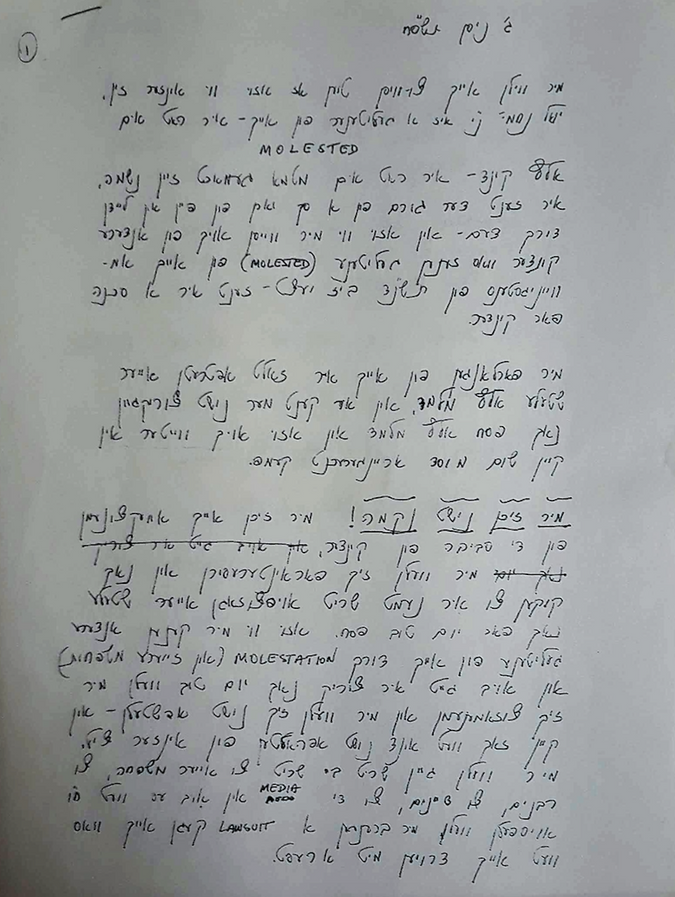 Upon learning about the alleged abuse of their son, Engelman’s parents tried to first handle it inside the community — by petitioning leadership in the Satmar community to remove Reichman from his position. In a letter written at the time to Reichman, in Yiddish, his parents wrote: “We wish to let you know that since our son, Yoel Nechemia is a victim of you, you molested him as a child…and because we also know of other children who were victimized (molested) by you at least from 1993 until now — therefore you are a danger to children. We request from you to resign your position as teacher… We do not seek revenge! We seek to remove you from the vicinity of children.”

Between Engelman’s first and second lawsuits, New York State passed the Child Victims Act, which offers a window of time for survivors to sue abusers, even if the statute of limitations has expired. About 1,700 such suits have been filed since the act passed last January, after a long battle with both Catholic and Orthodox Jewish organizations. Joel Engelman as a child in the Satmar bungalow colony, in White Lake, NY. Image by Courtesy of Joel Engelman

New York Haredi, or ultra-Orthodox, community representatives were concerned about the financial impact of settlements that their institutions would have to provide. In January, Agudath Israel of America, a Haredi lobbying and advocacy organization, issued a statement saying that the passage of the act “could literally destroy schools, houses of worship that sponsor youth programs, summer camps and other institutions that are the very lifeblood of our community.”

But events have not borne out those dire predictions, as ultra-Orthodox Jews have filed relatively few cases, said Marci Hamilton, a law professor and founder of Child USA, a think tank focused on child protection.

The same dynamic is common across other American religious groups, including Catholics, Jehovah’s Witnesses and Baptists, she said.

Several factors have led to a low case count, including the coronavirus pandemic. The act’s deadline has been extended until January for that reason, but the virus is still having a chilling effect, said Chaya Gourarie, Engelman’s lawyer.

“All the cases that had already been filed pre-Covid, did not really progress,” she said. “And other victims are waiting to see how a few of them work out, before filing their own.”

And it’s not just the health crisis that’s holding up lawsuits — there’s a question of general awareness, too. Advocates say that many Orthodox survivors of abuse are not aware of their legal rights under the bill.

“There’s not a massive awareness of the Child Victims Act in these communities. It’s a big problem in the [Orthodox] world, where all the information sources are censored,” said Asher Lovy, who heads ZAAKAH, an advocacy group for Orthodox child sexual abuse survivors. “So those who know about the act, and aren’t scared — that’s a really small class of people.”

Zvi Gluck of Amudim, the victim services organization that has the most clout in the Orthodox community, disagreed. He said that his organization’s clients are well-aware of their rights, with about 57 clients actively considering litigation for past abuse, under the Child Victims Act. “Around 93% of our clients were abused by family members,” he said in an interview, “Many are not interested in dragging their family down that path.”

The fear of coming forward, and the social consequences in a community where reporting abuse is still viewed as taboo, is still holding survivors back in the Orthodox community — and the bill may not be enough.

But those in the field did not expect the reaction from survivors to be much different.

Hamilton said that the value in this legislature is not only pursuing individual justice, but in exposing structural injustices that lead these crimes to happen. “These bills show us the patterns,” she said. “They show us how this society has been created, these systems that put children at risk.”

Indeed, Engelman is an anomaly, and he knows it.

The majority of those suing under the CVA are those “on the margins,” those who have left their communities and “have less to lose,” he said. He himself has left the community.

“That’s very telling,” he said. “We know that there are thousands of victims in the community who are just not coming forward.”