For young Jews with time on their hands, new service program proves a boon 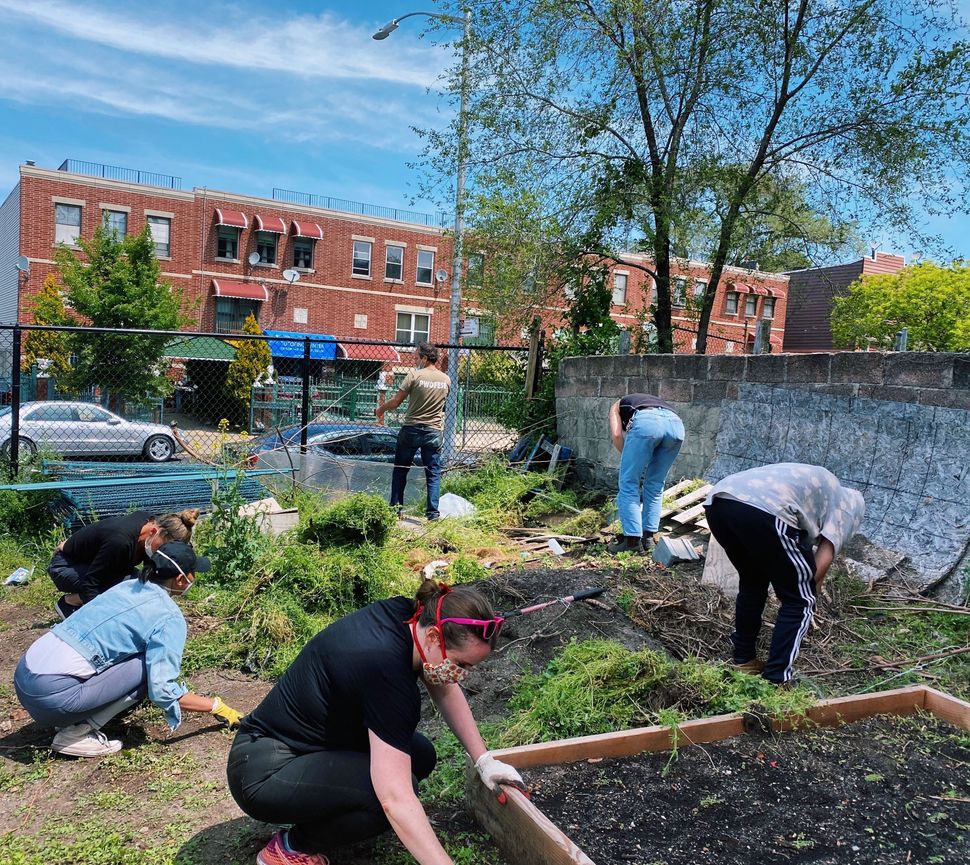 Every morning, Isabel Kornman, 24, puts on a mask and walks from her Washington, D.C., apartment to a nearby non-profit called So Others Might Eat. Stationed a safe distance from the few other volunteers allowed inside the building, she spends the day preparing food for SOME’s food bank and sorting the mail it receives for nearly 2,000 city residents who have no permanent address.

Korman expected to spend her summer working. But her plans changed drastically when, like thousands of other Americans, she was laid off at the beginning of the coronavirus pandemic. In the ensuing months, she had to navigate the benefits system and enter an uncertain job market — all while contending with a larger sense of purposelessness.

“I was feeling very useless,” said Kornman. Adding that she always imagined that had she lived in a period of historical crisis, she would have been one of the first to help. “But I’m living in this time period, and I was doing nothing.”

Kornman is still looking for a job. But she found a temporary placement with SOME and a rewarding way to spend her time thanks to Serve the Moment, a new initiative mobilizing Jews to provide much-needed social services — and giving some stability to young people who have seen summer plans and livelihoods disrupted by the pandemic.

Led by Repair the World, a Jewish organization that promotes volunteering, Serve the Moment is a summer program placing 100 Jews ages 18-29 in paid volunteer positions at nonprofits serving Jews and non-Jews across the country. Volunteers can expect to distribute meals, tutor kids online, and help unemployed people polish benefits and obtain benefits.

Serve the Moment grew out of two recognitions, said Repair the World CEO Cindy Greenberg: low income communities and communities of color are facing “unprecedented need” due to the pandemic, while many young people have “more time on their hands to commit to service.”

A study conducted by the employment platform Yello found that about a third of student internships have been cancelled since the pandemic’s onset. The Atlantic reported that Gen Z has seen higher rates of job loss than any other age group.

“With the lockdown and quarantine, it was really hard to get connected with nonprofits,” said Alyssa Romo, a rising junior at Columbia University. Romo, who transferred to Columbia in the fall, had been looking forward to a summer taking classes on campus and getting to know other students. Completing those classes virtually, from her childhood bedroom in San Francisco, left her feeling burned out and demoralized.

With roughly one in six high school seniors considering putting off college due to coronavirus, gap year programs have already seen a boost in interest since the pandemic. But volunteers like Kornman and Romo said they’re better served by short-term initiatives like Serve the Moment, which give them something to do while re-evaluating long-term plans — and introduce them to organizations for which they can continue to volunteer even after returning to work or school.

Through Serve the Moment, Romo found a virtual placement doing grant research for Food Runners, a San Francisco non-profit that redistributes excess food. She’ll soon start a second job doing virtual tech support for seniors — something she hopes to stay involved with even after returning to college.

After the conclusion of its summer program, Serve the Moment will bring on more members for longer fellowships during the summer and fall. The initiative will also provide one-off volunteering opportunities for those unable to make long-term commitments. Dozens of Jewish organizations including Avodah, Hillel International, Moishe House and the Union for Reform Judaism have committed to partnering with the new initiative, mainly through recruiting and training volunteers. Ultimately, Greenberg said, her goal is to see volunteers of all ages. perform 100,000 acts of service.

“At the end of the pandemic, we want to be able to say, ‘Wow, the Jewish community really made a difference. We really supported those people who were most vulnerable,’” she said.

For young Jews with time on their hands, new service program proves a boon