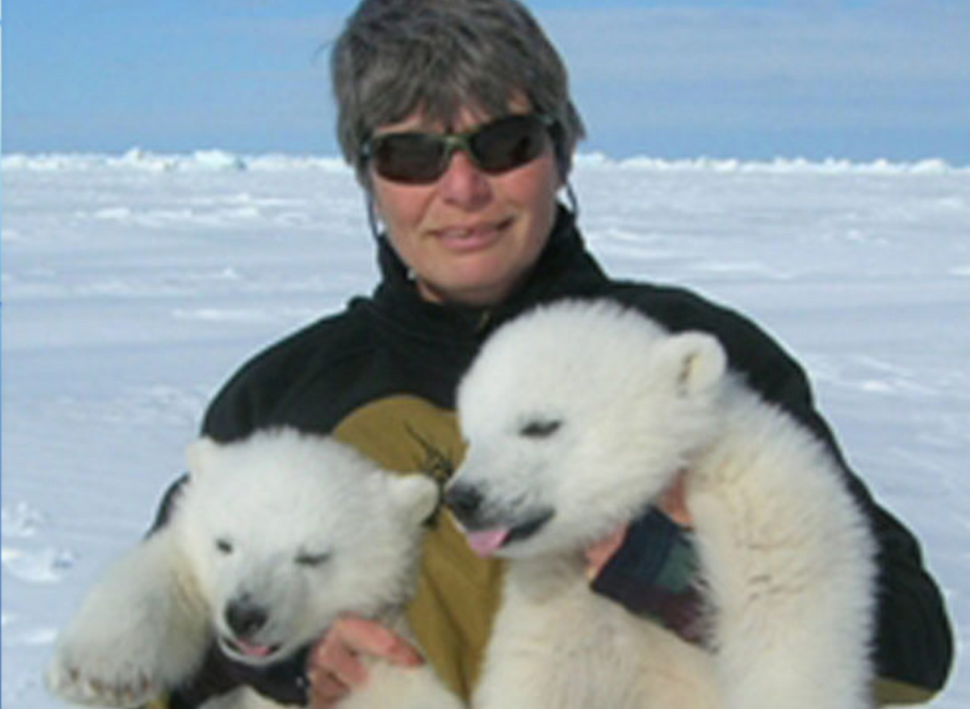 All that makes Merav Ben-David one of the most unusual candidates in the current political season. She’s an Israeli-born climate scientist and professor of wildlife ecology who has never run for public office. She’s competing for an open U.S. Senate seat as a Democrat in one of the reddest states in the country, which also has the fewest people of any state in the country and a Jewish population that represents .02% of it, about 1,500 people.

“I knew from the beginning it would be difficult,” Ben-David said from Laramie, where she has taught at the University of Wyoming for 20 years. She retains an Israeli accent. “But this is a weird year. We have Covid-19 and the mishandling of it, the economic meltdown. People here are unhappy.”

Weird year or not, Democrats are as close to an endangered species in Wyoming as the black-footed ferret and Wyoming toad. No Democrat has won a Federal election since 1976. Four years ago Donald Trump won 68.2% of Wyoming’s presidential vote, and Republicans currently hold every statewide office and control both chambers of the legislature. 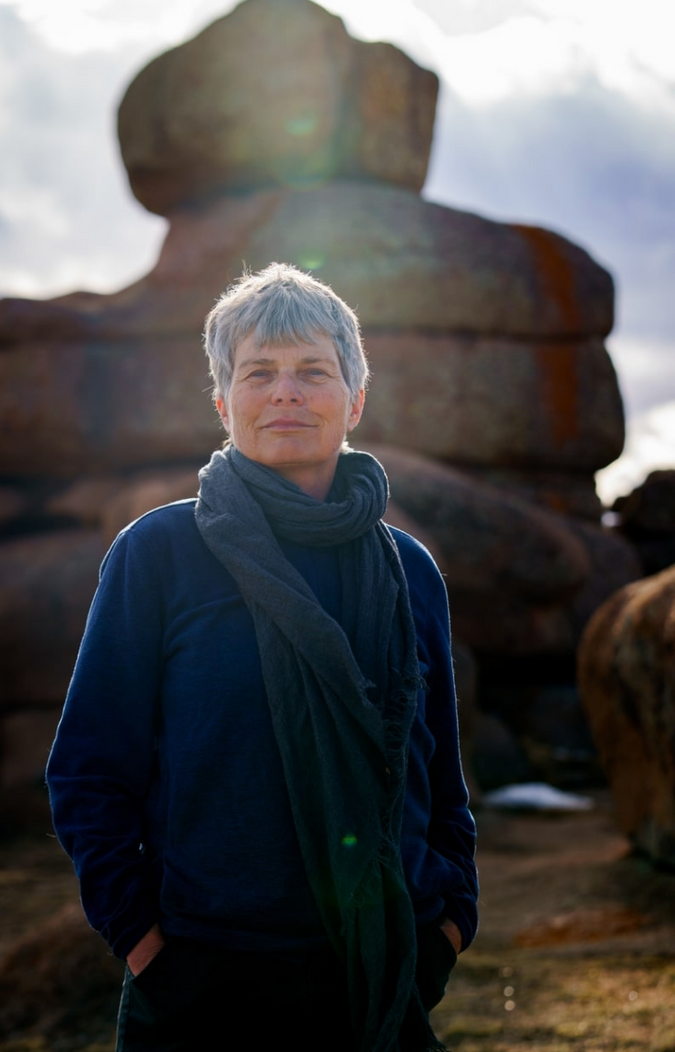 Ben-David, 61, is one of three candidates in the Aug. 18 party primary. The winner will face the survivor of a nine-person Republican field, likely to be Cynthia Loomis, a former member of the House who calls herself “a conservative champion.” Loomis has raised more than $1.6 million to Ben-David’s $51,000.

“When Merav announced she was running for office, I thought she meant for a seat in the state legislature,” said Clifford Marks, vice president of the Laramie Jewish Community Center and a friend of Ben-David’s. “When I learned it was the U.S. Senate, it blew my mind. But God bless her. She’s doing this for all the right reasons.”

Ben-David’s journey toward politics has followed a long and circuitous path. Her family left Belarus and settled in Jaffa in the late 1800s, when it was part of the Ottoman Empire. Her great, great grandfather and family patriarch, Avraham Yalovsky, was a blacksmith, making horseshoes for the caravans traveling to and from Damascus. He was murdered in 1889, and the perpetrators, who were never caught, used his blood to smear the Arabic words for “Slaughter the Jews” on the wall of his clay hut.

More than 100 years later, in a speech commemorating the Gaza-Jericho Agreement, part of the Oslo Accord, Israeli Prime Minister Yitzhak Rabin called Yalovsky “the first victim in the history of the Jewish community in the land of Israel … since we returned to the land of our forefathers, after 2,000 years of exile.”

With a bachelor’s and master’s degrees from Tel Aviv University, Ben-David left Israel for Alaska in 1990 to get her doctorate in wildlife management from the University of Alaska. In 1996, she applied for jobs back home, but her search came just as Russian immigrants were pouring into Israel, glutting the job market.

Unable to find the right job, she stayed in Alaska, working for various agencies, studying the impact of climate change on salmon and carnivores. In 1999 she gained permanent resident status and applied to various universities for a faculty position, accepting an offer from the University of Wyoming to teach in the department of zoology and physiology. 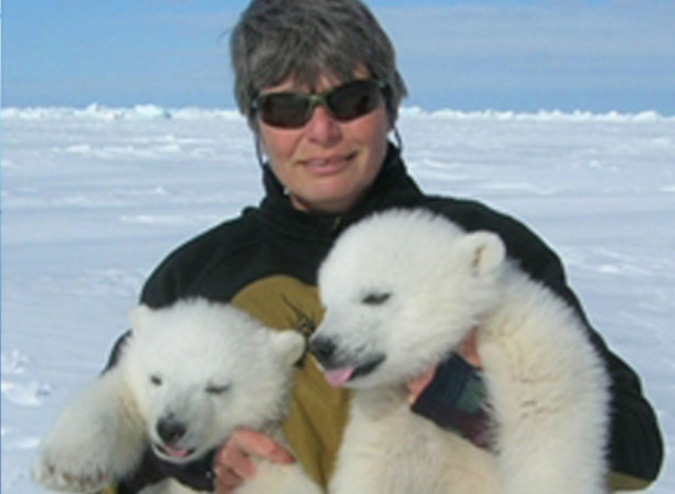 “It was the perfect location,” she said. “It was where I’d be the happiest. I chose Wyoming and never regretted it.”

Through years of teaching and research, including an eye-opening trip to the Arctic, where she saw how atmospheric warming had melted what had been vast ice fields, she grew convinced that climate change was the issue of the generation. It made her realize, she said, “our projections, our models were maybe a little too optimistic.” The impact of climate change, caused by human behavior, was occurring faster than predicted.

She knew she had a bigger role to play beyond research. “I had to make a transition,” she said, “and a transition was moving to advocacy, not just activism but to be more influential.”

She joined “every environmental group I could think of,” she said, including the non-partisan Citizens Climate Lobby, whose work led to a 2018 House bill, the Energy Innovation and Carbon Dividend Act, which would create a carbon tax to be shared by U.S. citizens. It’s now before three subcommittees.

The activism moved her a step closer to election politics. With no major urban centers, Wyoming is a large, open expanse with mountains, prairies, hundreds of wildlife species, and two national parks — Yellowstone and Grand Teton.

But its major revenue source is mineral extraction, a shrinking industry that has cost the state jobs and revenue. The result has been a $1.5 billion state budget deficit, cuts in education and a struggle to create a more diversified economy to grow the state’s employment base.

“There’s a feeling of urgency,” Ben-David said. ”People are starting to open to the idea that we need to do something and drastically so.”

And what could be more drastic than a Jewish scientist from Israel running for the Senate in a state with few Democrats and fewer Jews?

The coronavirus has impeded her ability to meet with voters. But she has done a few small in-person events, sent out mailers and hosted live Facebook events. Last week, she launched a hashtag campaign to point out what decades of Republican leadership has wrought.

Along the way, she has encountered little anti-Semitism but was once accused by another candidate of being “a fake Jew” because she wasn’t Orthodox.

She disputes the accusation, calling herself “a traditional Jew who celebrates all the holidays with her Jewish community. I even make matzoh balls for all the community, and I am using my grandmother’s recipe, which is secret but it is unbelievable,” she said, adding, “The holidays are very important to me. If I’ve berated anybody, on Yom Kippur I ask for forgiveness.”

More than anti-Semitic remarks, she said, she hears complaints about Israel, many of which she agrees with. She called the West Bank annexation plan “the most absolutely stupid proposal I’ve ever heard in my entire life.”

Marks, of the Laramie JCC, recognizes the challenges that await her. He said she might appeal to some voters “because she’s not a politician, and if she wins the primary and gets 20 percent of the vote the Fall, she’ll at least bring up all the right issues.”

Ben-David has more optimism. She’s banking on voters’ recognizing trends that are undermining Wyoming’s stature. The World Population Review for 2020 ranked the state 16th in education but 42nd for both healthcare and economy.

“This year, maybe, maybe, if we have the right Democrat from the primary — which I hope will be me — I think we’ll have a much better chance than in any election in the last 40 years,” she said. “This is the time to support a Democrat candidate in Wyoming.”