A reporter’s notebook: Jewish Belarus then and now 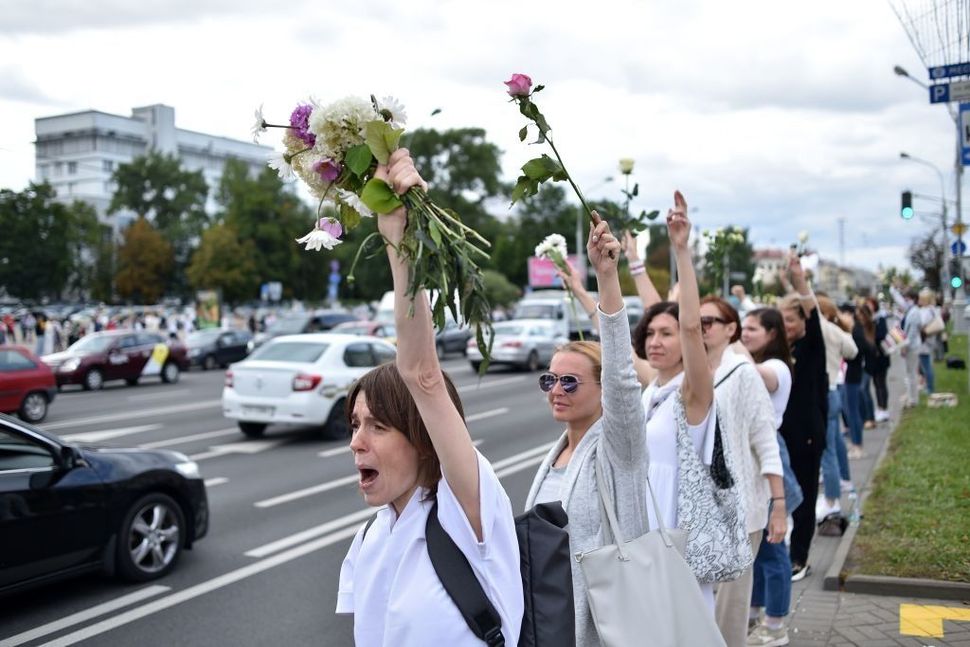 Belarus — that strange country, locked in a previous era, and now reeling from anti-regime protests — is drenched in Jewish history, and blood.

To go to the Republic of Belarus is to travel in time. It is to go to a land where few tourists enter and where foreigners require “additional special security.” Where President Alexander Lukashenko has ruled for 26 years, where there is no American diplomatic presence, where the intelligence service still calls itself KGB, where Lenin’s face still smiles down from buses and where children still sing about a future of eternal sunshine. The economy is state-controlled, as is the media. 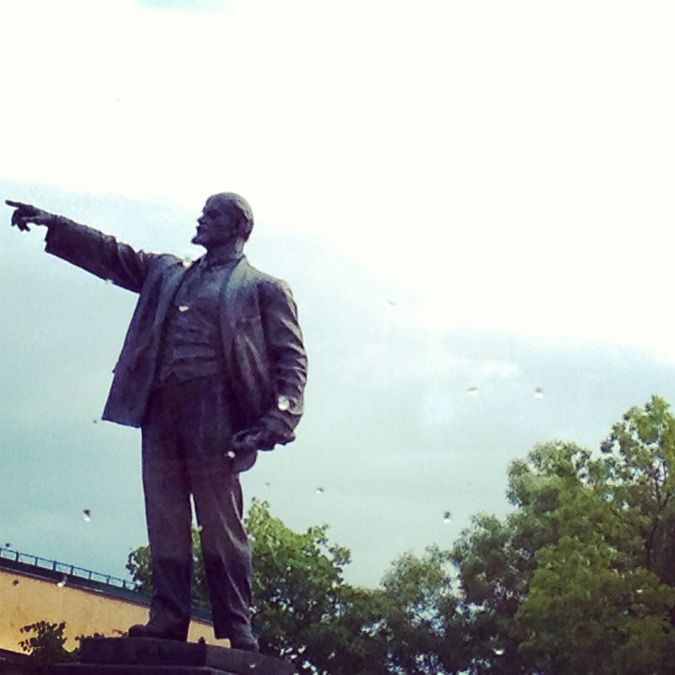 A monument to Lenin in Brest-Litovsk. Image by Avital Chizhik-Goldschmidt

When I visited there as a journalist in 2013, I was taken by the stark contrast between the still-very-Soviet Minsk, Belarus’s capital, and cosmopolitan, westernized Moscow.

Minsk’s eerily quiet streets were filled with polite people walking in silence with their heads down. “It’s a very clean city,” Minskers love to say about their city. And so it was, then: Clean of memory, clean of politics, clean of dissent. The architecture of Minsk is supremely Soviet, its wide avenues built for military parades, its Choral Synagogue now a theater.

Once, the soil of Belarus, or White Russia, was a hub of intellectual Jewish life — the great yeshivas of Mir, Brisk, Grodno, Novadork, Volozhin, and Radin established their kingdoms there. Rabbinic luminaries like Rabbi Chaim Soloviechik, Rabbi Chaim Ozer Grodzinski, and Rabbi Refael Shapiro built their dynasties there. Thousands upon thousands of young Jewish men populated these cities, filling the streets with Hebrew letters, Talmudic expositions, fiery soul-searchers debating the cold intellectuals. 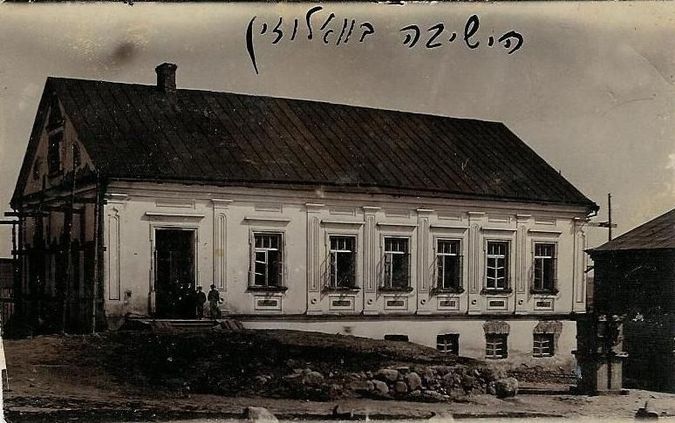 After all, Belarussia was the land that produced Israeli prime ministers Menachem Begin and Shimon Peres. It inspired the poetry of Mendele Mocher-Sforim and the colors of Marc Chagall. It bore witness to the determination of Eliezer ben Yehuda’s lexicography and to the ferocity of Chaim Soutine’s paintbrush.

Then the Nazis came.

The German occupation, after Operation Barbarossa, ravaged the country. The Belarussian partisan resistance had a significant Jewish presence, with over 11,000 Jews fighting in the forests of Slutsk and Koydanov, forming seven companies of fighters. It is estimated that 800,000 Jews died on Belarussian soil, shot by Einsatzgruppen, police groups, and volunteers from Lithuania, Ukraine and Latvia, as well as by Belarussian police. 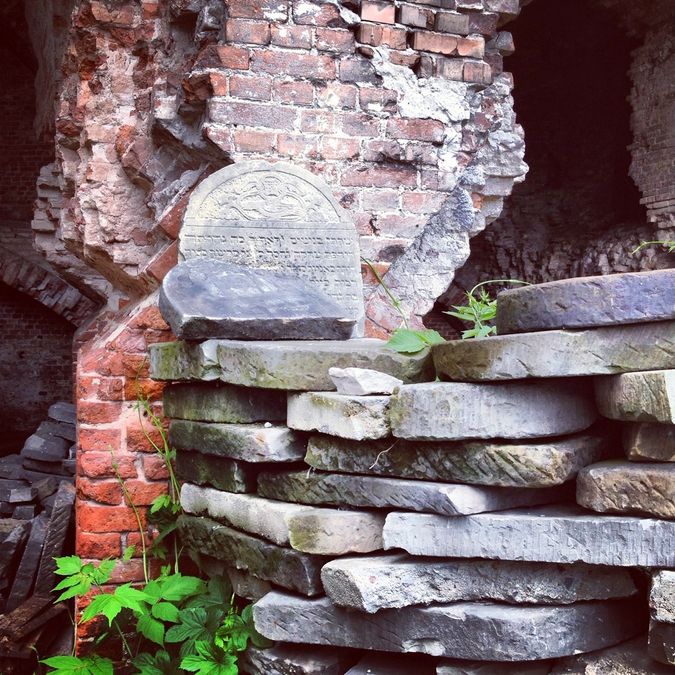 Much of that history —and those graves — has been systematically covered by years of Soviet rule. Just last year, a grave was uncovered at a construction site in Brest-Litovsk. Walk through that city today, visit its war memorial, and you’ll find piles of Hebrew gravestones tucked into the side — they had been pulled up by the Soviet authorities, intended to be repurposed as cobblestones. 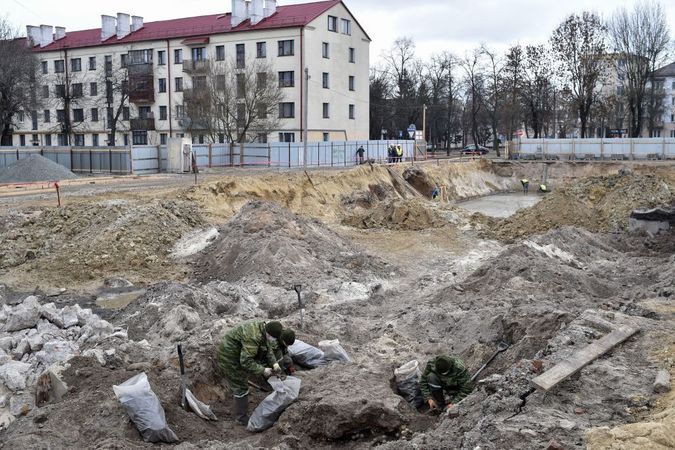 Belarus’ servicemen excavate a mass grave for the prisoners of a Jewish ghetto set up by the Nazis during World War Two, that was uncovered at a construction site in the city of Brest, on February 27, 2019 Image by SERGEI GAPON/AFP via Getty Images

Under Soviet rule, Minsk was known as a Jewish city, with roughly 40% of its population being Jewish. There was, intermittently, a vibrant Yiddish culture, along with Jewish education, workers’ Bund, and circumcision and kosher slaughter practices.

By the time the Soviet Union collapsed and Belarus declared its independence, the majority of Belarussian Jewry had emigrated to the U.S. and Israel.

Today, Belarus is home to around 20,000 Jews, and roughly half of the country’s Jews live in Minsk. Jewish life there is smaller but still vibrant, with synagogues, schools, Jewish community centers, and local cultural organizations. In every Jewish community I visited, back in 2013, I was moved by the enthusiasm of its Jewish youth, the passion for Judaism and for Israel, a certain fervor that is rarely seen among American Jewish youth yet common among young Jews in eastern Europe today. 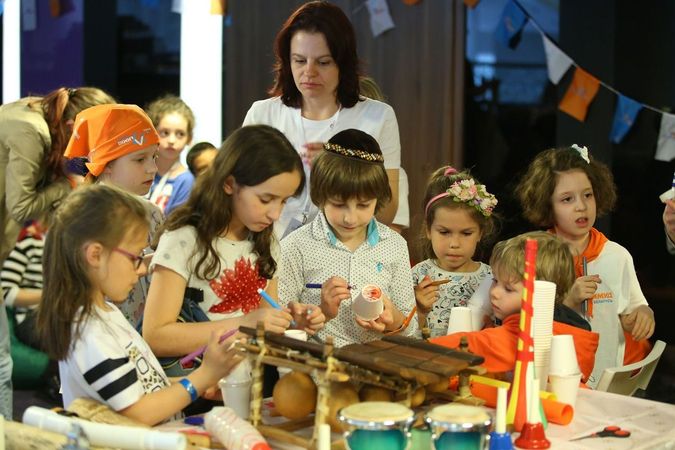 The protests have faced brutal responses from Lukashenko’s security forces, with protesters being beaten and raped. Jewish community activists in Minsk are now collecting funds for legal aid for those detained, bringing food and inquiring about their well-being. The relationship between the Jewish community with Lukashenko has been complicated — while the government recognizes Judaism as an official religion, Lukashenko has made disparaging comments about Jews in the past, and Jewish organizations have long struggled with local authorities over preserving Holocaust-era burial sites.

Today, as Belarusians march in their streets demanding democracy, I think back to the Jews I met there, seven years ago. I think of those young people, the stakes at play now — the Jewish history their soil carries, and how they are fighting for their freedom on that land. These individuals will likely fade into the background of the larger geopolitical forces at play on this stage. But they carry into the struggle a remarkable and powerful legacy.

A reporter’s notebook: Jewish Belarus then and now