The Republican Jewish Coalition released a three-minute video featuring what it billed as four “lifelong Jewish Democrats” who were switching party affiliation this year to re-elect Donald Trump. Only one wrinkle — half of them have voted for Republican presidential candidates in the past.

“I am an issue voter, not just a party-line person,” one of the four, Dr. Caryn Borger, said. “I don’t vote down the line; I never have.”

How can we raise money for causes we believe in? Join National Editor Rob Eshman for a talk on effective fundraising on August 31 at 8 p.m. ET. Register here.

In fact, Dr. Borger, 48, an endocrinologist from Livingston, N.J., said she voted for George W. Bush in 2004 when he successfully ran for a second term against Democratic rival John Kerry. “I felt we needed to have a decisive decision-maker as a result of what happened on 9-11,” she explained.

And Dr. Borger said she voted for Republican Sen. John McCain when he ran unsuccessfully against Democratic Sen. Barack Obama in 2008, and for former Republican Massachusetts Gov. Mitt Romney when he lost to Obama four years later.

“I am still a registered Democrat, but how I vote depends on what is happening in the world,” Dr. Borger said.

Also in the video is Rabbi Alan Sherman, 72, of West Palm Beach, Fla., who said on camera he too is a “life-long Democrat.” But in an interview, he said that while he registered as a Democrat after graduating from college, he voted for Republican presidential candidate Ronald Reagan in 1980. He said he became a registered Republican in 2015 in order to vote for Trump in the Florida Republican primary. 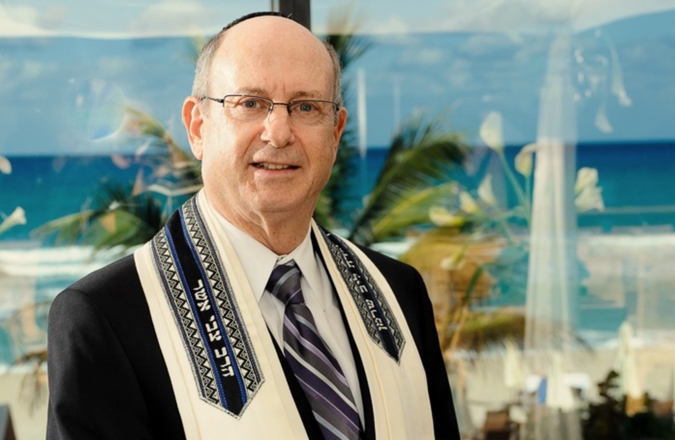 Sherman, a Reform rabbi who works with various Palm Beach County non-profits, said he calls himself “the lone renegade rabbi” because he is unaware of any other non-Orthodox rabbi “in the world who is openly supporting Donald Trump.”

The RJC video ends with Sherman blowing the shofar in part as a “wake up call to the Jewish community to vote for Trump,” he said.

Sherman lives about a 10-minute drive from Trump’s Mar-a-Lago Club in West Palm Beach and has attended two Republican events there, even getting a presidential autograph on his Trump yarmulke once.

Also on the RJC video is Sagee Goldenholz, 47, of Coral Springs, Fla., who serves as the cantor at Temple Beth Shalom, a Conservative synagogue in Boca Raton, Florida.

“I have been a Democrat since I registered to vote in high school,” he said in an interview. “My family are all Democrats.”

But he said he it was not until 9-11 that he “became aware of what was going on in the world. I began getting into the news and what was happening.”

He said the first president he voted for was Bill Clinton, twice.

But in 2008, Goldenholz said he studied the issues and the candidates and decided to “sit out” the next two presidential elections. 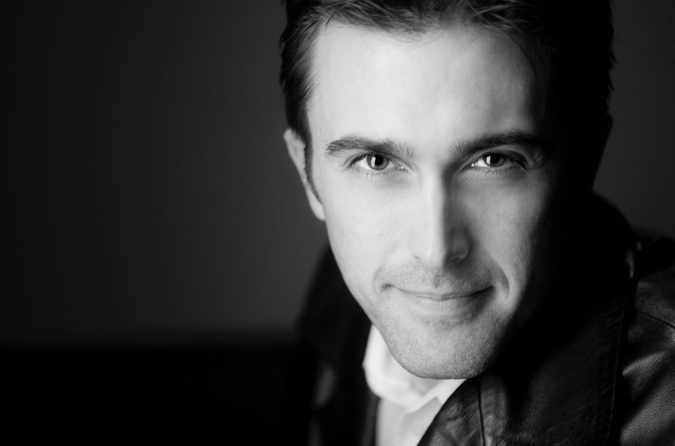 “I was not excited about Obama and I certainly wasn’t voting for the other party,” he explained.

In the 2016 presidential election, Goldenholz said he couldn’t vote for Democrat Hillary Clinton “based on the policies the Obama administration had towards Israel, such as the Iran nuclear deal and the controversies that were surrounding her already.”

He voted for Trump instead and said “overall he’s done a great job. He might not be the perfect man, but he is the perfect person for the job we needed him to do.”

Goldenholz praised the president for moving the American embassy to Jerusalem, recognizing Israel’s sovereignty over the Golan Heights, and getting the United Arab Emirates to recognize Israel earlier this month, as well as Trump’s decision to cancel the Iranian nuclear agreement.

Asked about Trump’s handling of the Covid-19 pandemic, Goldenholz said: “I don’t think he bungled it. There is always room for improvement in hindsight, but we got false information from the World Health Organization.”

The fourth person on the URJ video is Dr. Borger’s husband, Mark Dunec, 44, a real estate appraiser who was born and raised in Toronto and became an American citizen in 2003.

“My first presidential election was in 2004 and I voted for Bill Clinton,” he said. “I have always voted for a Democrat. My parents are socially liberal and fiscally conservative in terms of social justice and appreciating a social safety net.”

In the 2014 mid-term elections, Dunec ran unsuccessfully as the Democratic nominee for the House of Representatives in the 11th congressional district in Morris County in northwest New Jersey. He switched his party affiliation to Republican shortly after Trump’s election.

“The president is action after action – I’ve never seen anything like it,” he said. “And it is action followed by positive results, such as passing criminal justice reform.”

Dunec said Trump’s response to the pandemic is acceptable.

“The media is out of control,” he said. “We hope this is a once-in-a-lifetime event, but I don’t think he’s doing a bad job. I would say he is doing a good job.”

Dunec added: “The Democratic Party today is not the party of FDR or JFK. I’m a Bobby Kennedy Democrat, but that Democrat does not exist today.”