Rav Asher Weiss in his study. Image by YouTube Screenshot

An American nursing home worker might have inadvertently exposed a resident to the virus, and that person has died.

Now the worker — an Orthodox Jew — has questions, for the sake of his soul. Someone has written on his behalf to a rabbi in Jerusalem:

“The man is broken and shattered,” the letter reads. “What will atone for evil, how is it possible for him to find forgiveness and atonement?”

This question has arrived at the desk of Rabbi Asher Weiss, who is a posek — a rabbi’s rabbi, a scholar to whom communities and their leaders from around the world turn to for guidance on Jewish law, or halacha. Because of the coronavirus pandemic, he’s been in isolation in his Jerusalem apartment. Also because of the coronavirus pandemic, he’s busier than ever. 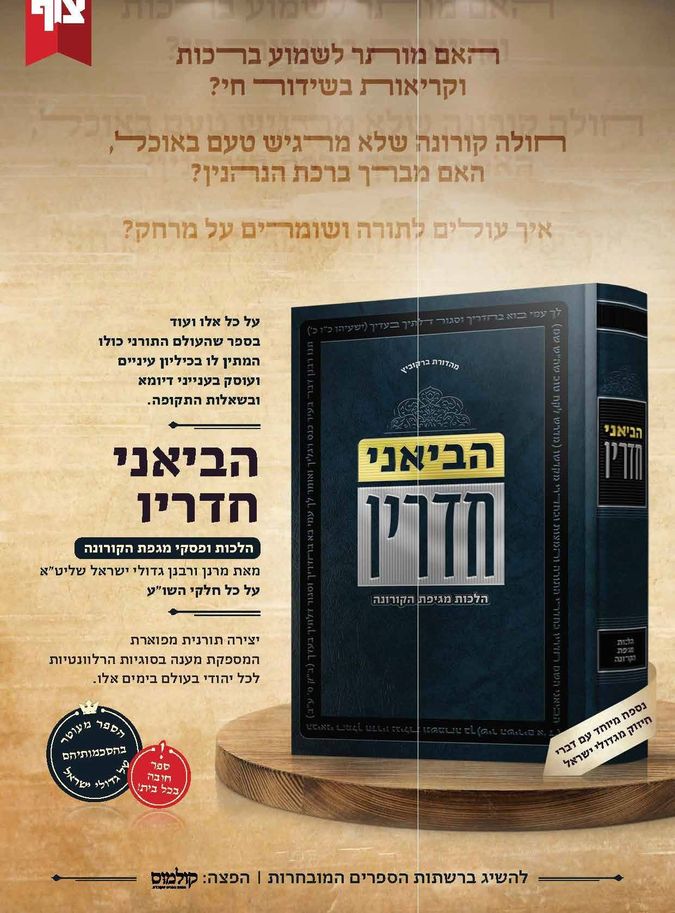 Now, his answers — called “responsa” — relating to the virus have been collected alongside other prominent Orthodox rabbis’ in a 600-page volume on Jewish laws in handling the coronavirus. Entitled “Heviani Hadarav” (Hebrew for “Bring me into his chamber,” a verse from the Song of Songs) it was released in June by Israeli Tzof publishers, in Hebrew, and is available in religious bookstores.

The responsa reflects the tenor of the times — the questions are rife with panic and uncertainty, combined with a devotion to Jewish law — with the posek emerging not as only legal scholars, but as religious emergency responders.

There is no entity that appoints these a rabbi as a posek. It is, in a sense, a meritocracy: a title that is granted organically, over time, by Jews all over the world. “The trust these rabbis earn is the substance of halachic authority,” said Rabbi Elli Fischer, a student of Weiss’ who is pursuing a doctorate in the history of halacha.

The anthology of responsa collects the work of scholars in Jerusalem and Bnei Brak, including both Lithuanian yeshivish and Hasidic rabbis. Rabbi Herschel Schachter is the only American included.

Both Weiss and Schachter declined interviews.

The rabbinic answers are often unpredictable — sometimes they choose to be lenient, sometimes stringent. They continue a millennia-old tradition of responsa-writing that sustained far-flung Jewish communities who had questions about everything imaginable, not just plague — from Maimonides’ letters to the Jewish community in Yemen, written in 1173, to rabbis answering questions in ghettos under Nazi occupation.

Indeed, the posek’s work has a therapeutic function that becomes even more important in a time of plague. Halacha is the code of law that helps observant Jews find footing during a fraught chapter in life.

“Halacha is not only a legal system that determines what is allowed and what isn’t,” said Tamara Morsel-Eisenberg, a historian and fellow at the Harvard Society of Fellows. “Halacha is an entire culture. A culture furnishes the mind with concepts, images, stories, and ideas through which we can mediate the world, break down the things we encounter and make sense of them.”

‘If there is a plague in the city, gather your feet’

Since February, as the Covid-19 virus circled the world, arriving in Israel and in New York, passing through the synagogue pews of Jerusalem and New Rochelle and Borough Park — the phones of those who serve as posek all around the world began to ring. And ring. And ring. 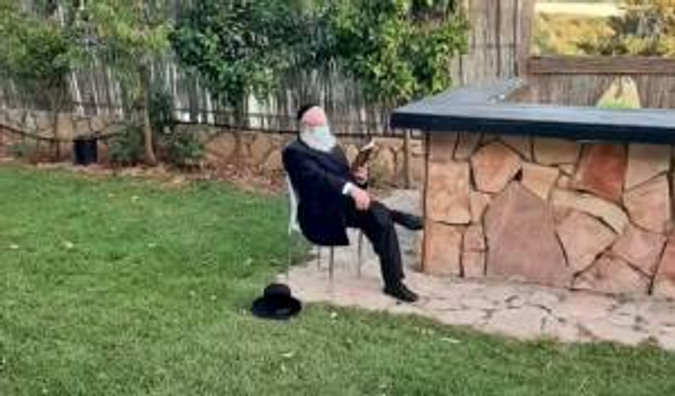 May one say kaddish and kedushah prayers, which require a gathering of 10 men, over Zoom? (No, there is no technological substitute for in-person prayer services.) On the fast day of the Ninth of Av, when extensive hand-washing is generally forbidden — may one wash hands, for hygienic reasons? (Yes.) May a woman immerse herself in the mikveh during the day — a ritual generally, and strictly, adhered to at night? (Yes, in order to avoid proximity to other immersions.)

Some of the questions were more about ethics than logistics. A rabbi and medical ethics professor in Israel writes: If an ill person has a low chance of survival, may one remove him from the ventilator in order to assist someone who is more likely to survive? (No, we are forbidden from creating a hierarchy privileging one life over another.) A rabbi in Los Angeles asks whether doctors may put a critically ill person through a trial treatment, if there is a chance it will worsen their condition? (Yes.)

“The Sages already directed us in the Talmud,” said Weiss in one of his lecture videos that passed around Orthodox WhatsApp groups. “‘If there is a plague in the city, gather your feet.’” That is to say, keep one’s feet inside one’s house; limit one’s outside interactions. The Talmud goes on to cite Isaiah, “Come, my people, enter into your chambers, and shut your doors behind you; hide yourself for a little moment, until the anger has passed by.”

In the early days of the virus, some Orthodox rabbis were insisting on keeping yeshivas and synagogues open. But not Weiss. He called for extreme caution from the beginning, and, indeed, throughout the pandemic. He still does.

On March 19, he released a video answering a question he had received from a Jewish community in France, where authorities had already forbidden official gatherings in houses of worship. The French rabbi asked Weiss if they could organize private services in homes. “I said, God forbid, this is a great danger, one must not try to outsmart [the authorities].”

In May, as Israel began officially reopening synagogues, Weiss was asked for his comment. In a scathing video, he said, “I think the Ministry of Health is too lenient, and we need to be more strict.” In June, he told his students, “If I see someone not wearing a mask, I scold him in public.”

“Halacha can be very attuned to social circumstances,” said Chaim Saiman, a law professor at Villanova University and author of “Halacha: The Rabbinic Idea of Law.” “The real question is often, not to be stringent or lenient, but rather, what will facilitate the long-term health and growth of the religious community, and what will damage it?”

The rabbis concluded, for example, that using Zoom for prayer services would “rupture the structure” of the community when the pandemic is over, so they forbid that, ruling that individuals should pray privately at home for as long as necessary.

‘In the time of a plague, emotional distress is dangerous.’

While Weiss is writing in his study, across the Atlantic in Washington Heights, Rabbi Herschel Schachter spent hours every morning on the phone, handling questions, during the peak of the pandemic. Washington Heights, in northern Manhattan, is home to Yeshiva University, where Schachter is its foremost religious leader. His hundreds of coronavirus-related responsa now appear on a Yeshiva University website, YUTorah. 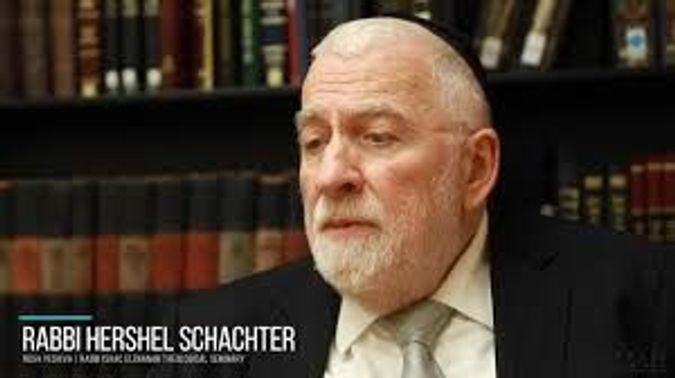 Mental health appears in much of Schachter’s work on this period. While many Orthodox Jews traditionally do not listen to music during the mourning period of the Omer, Schachter ruled that this custom could be put aside this year, as music may ease domestic tension or pressure during quarantine. A family of someone who suffers from depression or mental illness, he said, may and even must leave the telephone or internet open for her.

Much of the posek’s work has involved looking at halachic texts from previous plagues. Rabbinic texts are rich with correspondences over how best to handle a disease outbreak — whether the 16th-century Rabbi Moshe Isserles’ discussion of whether one is permitted to flee a city during a plague, or Rabbi Moses Schreiber writing during the 19th century cholera epidemic, that “in the time of a plague, emotional distress is dangerous.”

“Halacha can help us process trauma,” said Morsel-Eisenberg. “Not in the sense that it always resolves the issues. But if the meaning of trauma is facing something that we have no tools to deal with, halacha offers the vocabulary that lets us take whatever we’re faced with and begin to grasp it. Like any great work of culture, halacha can leave us feeling comforted or sometimes unsettled. But it also leaves us feeling understood, or like we understood something.”