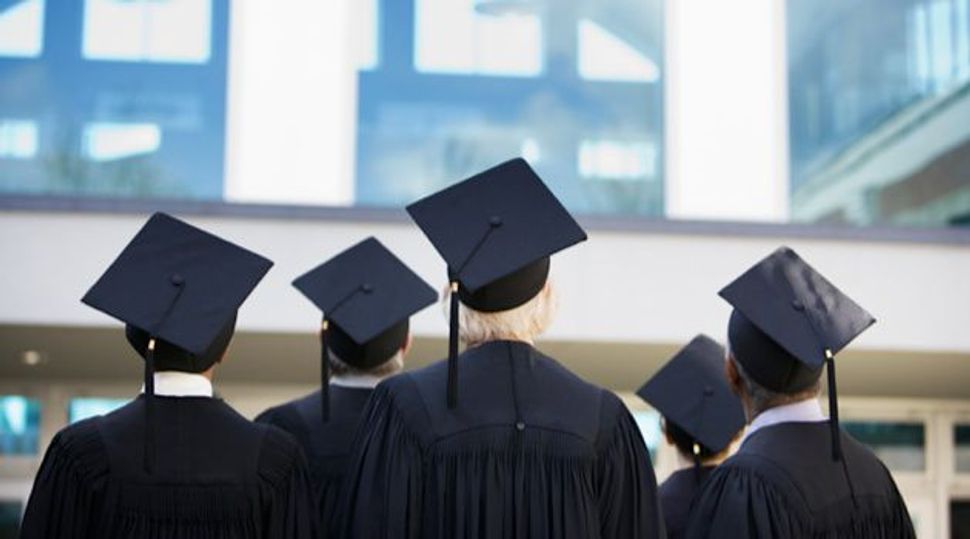 Only about a quarter of Jewish students surveyed found their campuses to be welcoming of religious diversity, according to The Interfaith Diversity Experiences and Attitudes Longitudinal Survey, a small study published last week by a nonprofit that promotes interfaith cooperation on campus.

On the other hand, more than 80% of Jewish students said they felt they had a safe space to be Jewish — a testament to the importance of Hillel and Chabad, Benjamin Selznick, a researcher with the Interfaith Youth Core, told the Forward in an email.

“For many Jews, they know (or at least know about) a Rabbi on or near their campus; a place where they can go for Friday night Shabbat or to celebrate a holiday; a space and community in which to meet other Jews. However, when Jews engage with the wider community, they might not always find it as friendly,” said Selznick, who is himself Jewish.

However, among the religious minorities asked whether they felt their campuses were welcoming of religious diversity, opinions ranged more widely. 58% Muslim students surveyed, and 54% of Latter-Day Saints agreed that it did.

The Forward recently reported that universities were consistently failing to report anti-Semitic incidents as crimes.

The report surveyed more than 5,000 students at about 120 schools about their interfaith experiences on campus in an attempt to answer the question of whether college is helping students become leaders in the United States’ diverse society.

About a quarter of Jewish students said “yes” to that question — saying that college did give them the skills to interact with people who come from different religious or non-religious backgrounds.

A longitudinal study, it attempted to gauge not just the students’ opinions but how those changed over their college careers. Researchers questioned students three times: as they entered college, at the end of their first year and the end of their senior year.

Correction, Sept. 1, 6:20 p.m.: A previous version of this story said that only 268 students were surveyed, in fact more than 5,000 were surveyed, while 268 were given further interviews as a case study component.

David Ian Klein covers breaking news and international Jewish communities for the Forward. You can reach him at Kle[email protected] and on Twitter @davidianklein.