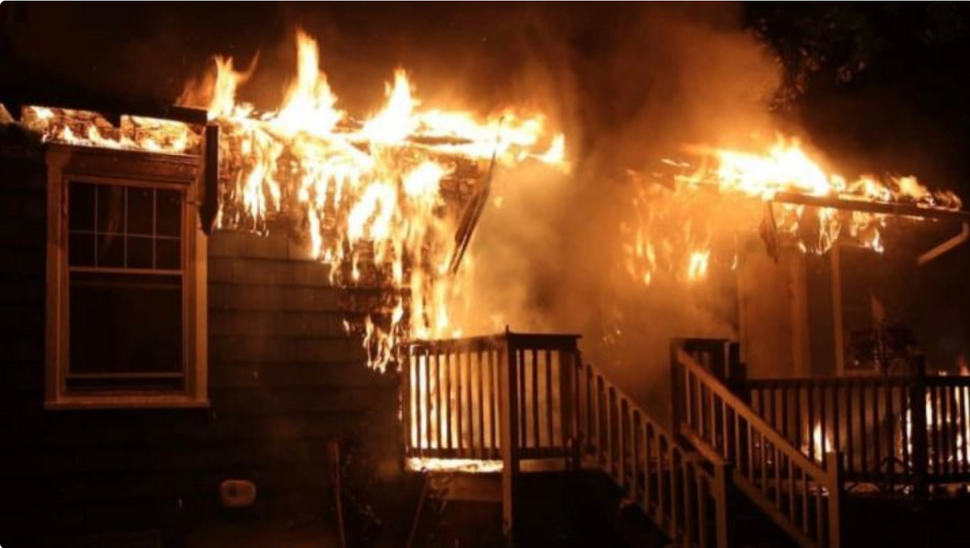 An image of the fire used on a GoFundMe page for the center. Image by Screenshot: GoFundMe

Jewish students at the University of Delaware whose Chabad house went up in flames have made their fundraising and rebuilding goals more ambitious after an initial success.

In less than a week, their GoFundMe raised more than $500,000 to rebuild what they called the “little blue house,” which was destroyed in a possible act of arson, according to the local fire department.

The fire happened around 11 p.m. on August 25. According to the initial GoFundMe plea, it caused $250,000 worth of damage. Luckily, no one was in the structure at the time, as Rabbi Avremel Vogel and his family had moved out last year and only used it to host student functions.

“It’s been incredibly uplifting, after you go through something like that, to know that this isn’t something we have to rebuild with our own hands by ourselves right now,” Vogel told the Forward. “We have so much support from everyone on the local level, whether its people in local government or other faith-based communities and specifically the Jewish community.”

Now that the students know how much support they are getting, they have decided to try to not just repair the house, but to build a one that’s bigger. The new funding goal is $1 million.

“There is no doubt in our mind that the best way forward is to not only rebuild the space that once was, but rather to create a new one that is even better, grander, and larger with even more space to host even more students, thereby bringing even more light to this world than ever before,” said an update on the GoFundMe page.

Vice president Joe Biden, an Alumnus of the University of Delaware, called the act “deeply disturbing”

“With anti-Semitism on the rise across the country, we all have a moral obligation to speak out and give hate no safe harbor,” he said in a tweet.