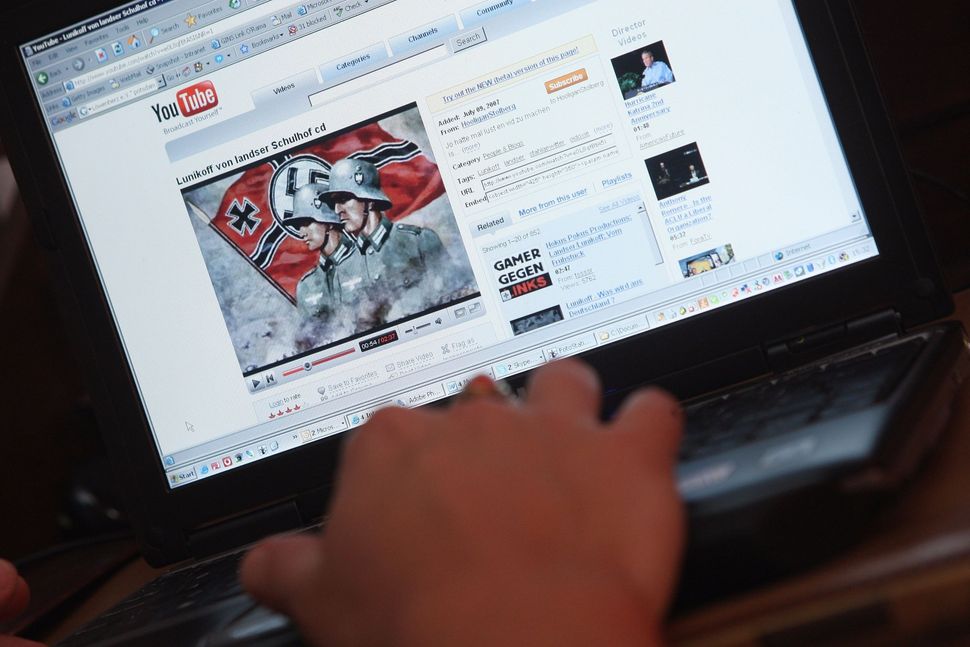 The trial of a young man accused of vandalizing a synagogue has revealed the thought process behind a neo-Nazi group’s decision last fall to accelerate its activities.

Yousef Omar Barasneh, 22, a member of the group known as the Base, pleaded guilty last month to spray-painting anti-Semitic messages and swastikas on the walls of the Beth Israel Sinai Congregation in Racine, Wis. last September. He’s now awaiting sentencing.

The documents describe the Base as “a neo-Nazi group that aims to unify militant white supremacists around the globe and provide them with paramilitary training in preparation for a ‘race war.’”

The vandalism of Beth Israel Sinai was carried out after members of the group made a pact to ramp up their activities that week.

“A purpose of the agreement was to show the strength and cohesion of The Base, as well as to terrorize Jewish citizens so they would fear for their physical safety and refrain from freely exercising their rights to use and hold property in the same manner as non-Jewish white citizens,” the document said.

They called it “Operation Kristallnacht,” a reference to the 1938 German pogrom which ushered the start of the Holocaust.

“Imagine if across the country on local news, everyone is reporting on new Nazi presence,” Barasneh wrote in the group’s chat. “Our op will be a perfect fuck you to these kikes if we become terrorists.”

For his actions and involvement in the group Barasneh could face a maximum of ten years in prison and a fine of $250,000, he is set to be sentenced in November.

Despite his hostility to non-white groups, Barasneh is himself the son of Jordanian immigrants, Ynet reported.