What coronavirus? Haredi indoor weddings are booming in New York 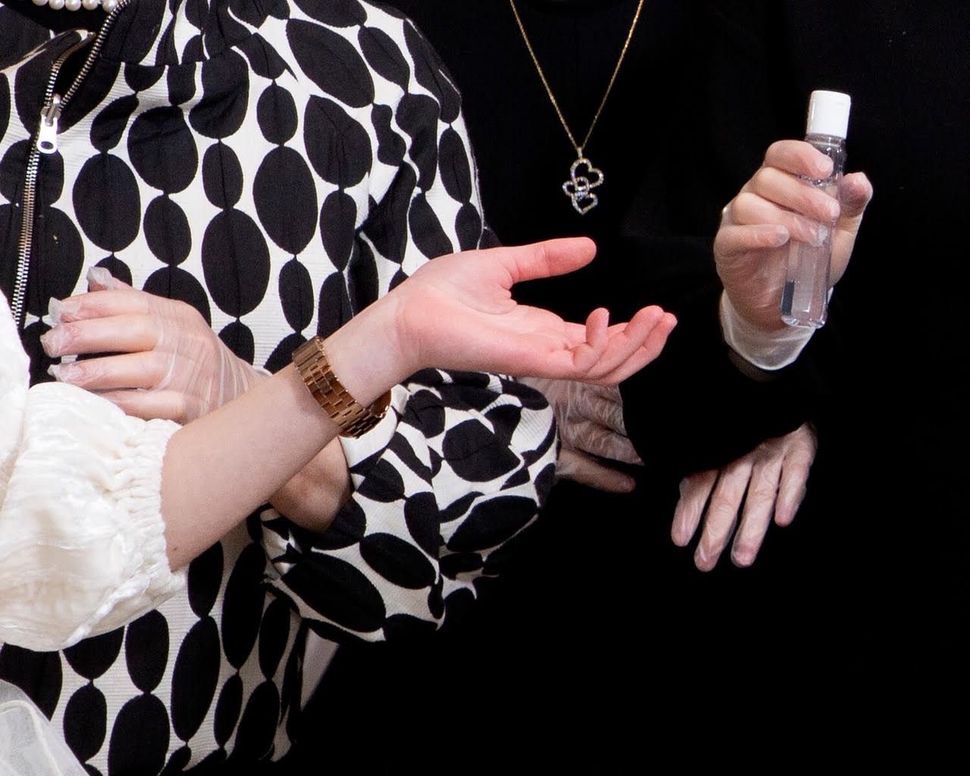 From a Hasidic wedding in March, the day before New York City went “on pause.” “These days there are no gloves and no masks,” the wedding photographer said. Image by forward

Guards are installed at the doors, entrance lights are turned off, and guests are asked not to share on social media: That’s how some Orthodox weddings are being organized today, taking place indoors. 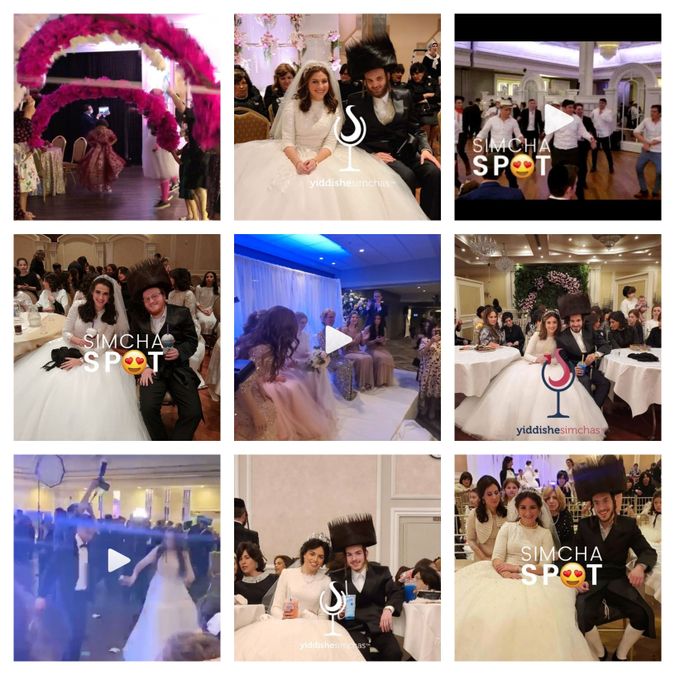 But it’s no secret: A casual scroll through Instagram events accounts, like Yiddishe Simchas, Simcha Spot and Only Simchas, show photographs of weddings held in halls, in crowded spaces with no masks worn, as if it’s 2019.

Meyer Labin wore a mask to a wedding held in a New York City hall last week. Of the 150 guests, he was the only one masked. “I felt out of place,” said Labin, a resident of Rockland County, outside the city. “People looked at me surprised.”

Labin and other members of Haredi communities say such gatherings will likely continue unless there is a big outbreak, due to disinformation and a general sense that the community has reached herd immunity, after being hit hard in the spring.

“As of now, I don’t think people will take it seriously,” said Hershel Hershkowitz, a community activist in Lakewood, N.J. “Until something bad happens, nothing will change. Hopefully the virus doesn’t have the same effect on our community that it had a few months ago.”

In Crown Heights, a young woman associated with Chabad-Lubavitch has received invitations to several friends’ indoor weddings this month.

“I haven’t gone to any of them,” she said on condition of anonymity. “Personally, I had corona in March, so it’s not like I’m so worried about my own safety. But given everything that we know and the potential risk: how we’re celebrating as a community, is it appropriate? Therefore I take a step back.” 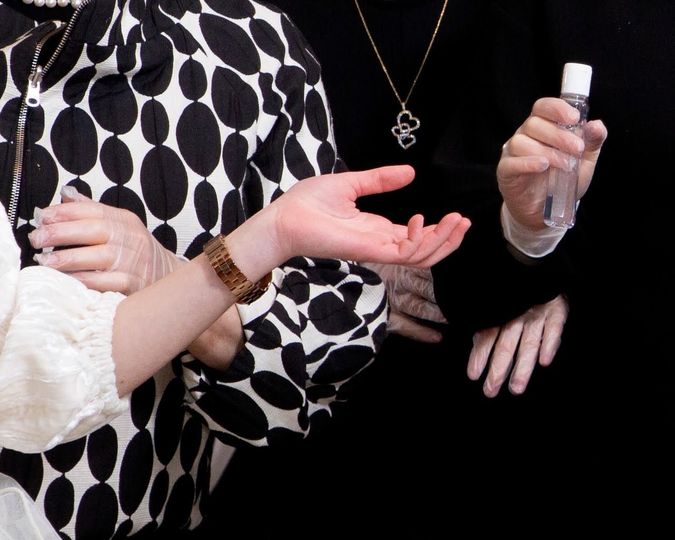 From a Hasidic wedding in March, the day before New York City went “on pause.” “These days there are no gloves and no masks,” the wedding photographer said. Image by forward

Yet community doctors and religious leaders have been issuing warnings about the health risks of weddings and other big events for weeks.

“As current contact tracing evidence has shown, many of the new cases of infection have arisen from large gatherings (weddings, bar and bat mitzvah, concerts …) where social distancing and/or mask wearing was not strictly observed,” wrote 138 Orthodox doctors in Long Island in an open letter last week.

Agudath Israel, the community and advocacy organization for Haredi American Jewry, made a similar statement in Aug. 31, as did the Orthodox ambulance service, Hatzolah, on Aug. 24 in Rockland County.

Indeed, positive COVID-19 tests are spiking in parts of New York City dominated by Haredi Jews like Forest Hills and Far Rockaway in Queens and Midwood, Williamsburg and Borough Park in Brooklyn, according to a statement released over Labor Day weekend by New York City Health commissioner Dave Chokshi. The Aug. 31 statement from Agudath Israel mentioned upticks in Orthodox centers in Lakewood and Passaic, N.J.; Baltimore, Md.; Cleveland, Ohio and the Five Towns in Long Island as well.

The spread is likely connected to a widespread perception that because the virus hit Haredi communities hard, essentially everyone in them has already gotten the virus and either gotten sick, or not, but is now immune — so called “herd immunity.”

“People say, ‘Oh you didn’t have corona yet?’” said Labin. “People expect you to have had it. They operate on the premise that everyone was already infected and now has immunity.” 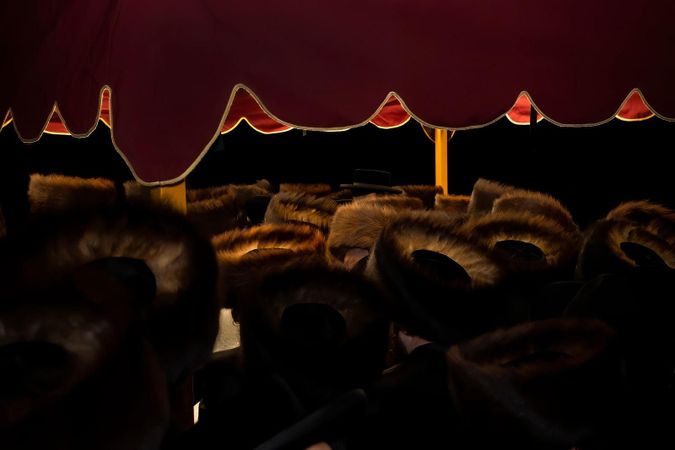 “COVID doesn’t exist, it hasn’t existed in our community since about Pesach,” said a Hasidic resident of Borough Park who spoke, for fear of retribution, only on condition of anonymity. He dropped by a 300-person wedding recently at a hall which had turned its foyer light off in order to make it seem like there were no events taking place.

These communities are not immune, despite their struggles with the virus, wrote Chokshi in his statement: “We also must emphasize that these communities’ past experience with COVID-19, does not guarantee immunity from future transmission,” he said, urging New Yorkers to continue to socially distance.

Hasidic media is transmitting a different message, however — hiding in the Yiddish language, less known outside these often-insular communities.

In another article in Der Blatt, editors decried those using smartphones, which have turned Jews taking snapshots at weddings into “informants,” in their words. “When a family member took an innocent photo at a relative’s wedding, and sent it around to his friends and family, it didn’t take long for the picture to leak to the press,” the editors wrote, urging community members to keep quiet.

To be sure, some are organizing weddings that are taking precautions. In Beachwood, Ohio, Deborah Pollack and her husband Meir, a gastroenterologist, first considered renting a wedding hall for their daughter’s wedding, back when they started planning it in spring.

“Our wedding planner said, ‘By August, corona will be gone.’ And I was like, ‘You’re out of your mind,’” she said. They chose to have the wedding in a local park venue.

“Every couple sat alone at cocktail tables, six feet apart from others,” she said. “The elderly were seated at a further distance.” For dancing, she purchased pool noodles and strung lights through them, tying rings to each end, to ensure distancing during the dancing. 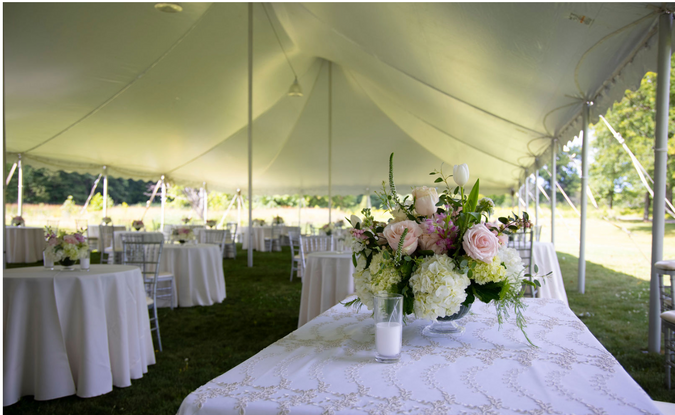 Others, who could not host outdoor weddings due to weather, had to be creative indoors. One resident of Monsey, in New York’s Rockland County, described a family wedding that was held at a hotel in the bride’s hometown in Pennsylvania.

The tables were separated by households; hosts asked the guests to wear masks at all times except when dining, and handed out ribbons for dancing to avoid holding hands.

New York State Gov. Andrew Cuomo has vowed to crack down on the gatherings.

“In the case of New York City, if there’s any evidence, or plans of weddings that would violate the law, they should forward those complaints to the NYPD or the mayor,” Cuomo told reporters on Aug. 26. “If the mayor is not doing any enforcement actions, then the state will.”

The Borough Park resident said that there is a sense of justification for the laxity: the striking contrast between the surge of cases in March and April, and the lull that came afterwards.

“There is a feeling that if there is a case – we all know about it,” he said. “We’re a tightly knit community.”

Yet he wondered aloud why more community members are not wearing masks — which he described as a minor inconvenience. “I don’t get why people completely disregard the rules.”

What coronavirus? Haredi indoor weddings are booming in New York